SHP’s Most Influential person for 2018, Louise Taggart, whose brother was fatally electrocuted at work, highlights the role that leadership plays in effectively engaging the workforce. 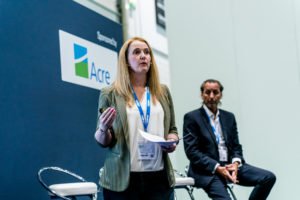 Louise recently presented at Safety & Health Expo, alongside Andy Forbes MBE, Former Director of Health and Safety Improvement, at Babcock International Group, who stressed that leaders need to ‘live and breathe Health & Safety’ and give their workforce the ability to speak up with concerns.

Lack of leadership leads to loss, said Louise, be it loss of reputation, contract, trust, stock share value or profit but at its most serious, lack of leadership leads to loss of life. Bravely talking about her brother Michael Adamson, Louise painted a picture of a happy 26-year-old, engaged to be married, who at work one day had cut a cable marked ‘NOT IN USE’, which was in fact wired into a distribution board and was not safely isolated.

Leadership failure was the route cause as to why Michael was killed at work, she said. The Risk Assessment Method Statements (RAMS) of the company employing Michael were described by them as being ‘living documents’ but were actually described by the HSE as being ‘completely inadequate’. Louise went on: “Where the electrical supervisor did not regard it as part of his job to ensure that safe working practices were adhered to at all times, we all know that in fact it was a fundamentally important part of his job. This all resulted in a culture where individuals were set to work in an unsafe environment and where there was a fear of speaking up about safety concerns. Lack of leadership led to a disconnect with this workforce. And it was my wee brother who paid the ultimate price.”

Andy Forbes stepped up to talk about the tools available to leaders to ensure that workers go home safe at the end of the day. He stressed that people are an organisations most important asset, and emphasised that leaders need to set the standards, to care and to be seen to care, not only to the workforce, but to clients, visitors, delivery drivers – everybody that might come onto a site.

Andy explained: “Leaders need to reinforce to workers why safety systems are in place and why they must be followed; to reinvigorate supervisors and management in particular, the role they must play in driving safe behaviours; and to encourage the workforce to speak up. It’s important that leaders embrace the feedback; if you’re going to take a business forward it’s really important that we ask the questions and we embrace the feedback, be it good or be it bad”.

Talking about the safety vision at Babcock, Andy commented that it reflects the ‘home safe’ aspiration adding again that leaders need to get out and speak to the workforce.

How to engage the workforce?

Andy suggested it’s about having the right policies and processes in place; having a strategy for continual approval; visible leadership; and employee engagement. “These are the things that I think leadership teams need to go and have a look at”, he said.

Giving examples of Babcock’s approach to sharing information, Andy stressed the importance of communication, and having the ability to investigate quickly and share lessons quickly when things do go wrong. 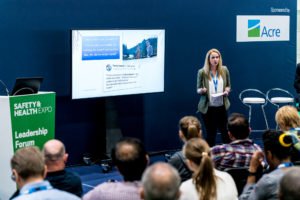 Leaders shouldn’t be frightened to go out and speak to people, Andy said: “If your drive is for everybody to go home safe, for continual improvement, then why wouldn’t you do that”? A key message is about giving the workforce the ability to speak up, to encourage them to speak up and to embrace it when they do.

Louise concluded that with the right leadership comes the right environment and the right culture: “Not only an environment that is safe to work in, but a culture where individuals feel able to speak up. That wasn’t the case for my brother’s employers, for his colleagues, because there had been a couple of near misses in the lead up to Michaels’ death but they weren’t reported because people thought ‘what’s the point, no one will do anything about it anyway, and if I do speak up I’m going to get punted off site’. True leadership fosters a culture where individuals feel able to speak up, where they know they will be listened to and action will be taken.” Louise went on to say that if they can’t speak up, then the accident that is waiting to happen becomes an injury, or worse.

And if the worst should happen, Louise urged leaders to lead from the front – not by defending at all costs and hiding behind legal privilege – but by ensuring that lessons are learnt quickly and that knowledge of those lessons are disseminated widely, beyond the organisation. That through their leadership, the workforce will be engaged, and that every person will know that safety is not an ‘add on’ to the job, but it is their job.