New sentencing guidelines for health and safety, corporate manslaughter and food safety and hygiene offences came into force in February 2016. In 2018, new guidelines were issued to judges which increased prison sentences for people convicted of gross negligence manslaughter in a workplace setting. 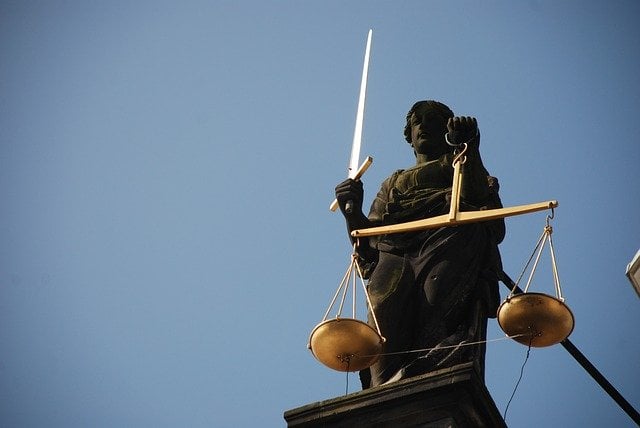 The sentencing guidelines followed a consultation in 2015 which drew in representatives from various associations including the Health and Safety Lawyers Association, DWF LLP, the Food Standards Agenct and various magistrates courts.

The new sentencing guidelines provide judges with a starting point for fines for companies that commit health and safety offences.

Although the highest sentences are going to apply to individuals whose disregard of safety was motivated by cost saving and where there is a “blatant disregard for a very high risk of death”, for medium culpability cases the sentencing will still rise. Dr Simon Joyston-Bechal, Director at Turnstone Law, looks in detail what the changes could mean for you.

How are sentencing guidelines determined?

When it comes to the Definitive Guideline for Health and Safety Offence, most professionals are aware that things have changed, fines are much larger and judges have to follow a more formulaic approach than previously in setting the appropriate tariff when sentencing offenders. But, how are sentencing guidelines determined?

What happened after Sentencing Guidelines were brought in?

More than a year has passed since the new Health and Safety Sentencing Guidelines were brought into force on 1 February 2016. Here, Kizzy Augustin and Laura Page from Pinsent Masons look at how the guidelines have already impacted some of the cases we have seen in court, including some high profile construction companies.

As widely predicted by the health and safety profession, we have seen a significant increase in fine levels for companies prosecuted for offences under the Health and Safety at Work Act 1974 and associated regulations. We now have a better indication of how large and very large companies are being sentenced in accordance to the new regime to analyse whether the Courts are applying these guidelines in a uniform fashion. This should help companies to identify how best to operate their businesses in order to reduce the impact of sentencing in the event of a prosecution or avoid prosecution altogether.

Structure of the sentencing guidelines

As we know, the guidelines are broken down into nine categories, each to be considered by the sentencing Court in turn.

The first three categories are, in our opinion, the most significant, as representations need to be made on behalf of the defendant to encourage the Court to either chose lower categories, which leads to more favourable sentencing options, or to encourage the Court to sentence at the bottom end of a range which could make a significant difference to the overall fine.

The next stage considered is the seriousness of harm ‘risked’ and the likelihood of that harm occurring. Health and Safety is based on ‘risk’ and the overarching duty for each dutyholder is to ensure, as far as is reasonably practicable, the health, safety and welfare of employees and non-employees. There is no requirement for a failure to comply with this duty to result in actual harm but is the potential for the risk of harm which arises from the alleged breach of duty. When the Guidelines consider the level of harm, they are concerned with the seriousness of harm ‘risked’ and if actual harm has been caused, this is used as an aggravating feature for the purposes of sentencing.
On considering the seriousness of harm risked (which is almost always going to be ‘death’ or serious physical impairment), the court must then consider the likelihood of the harm occurring, which assists in identifying the most appropriate harm category. The category can be adjusted if the alleged breach resulted in actual harm i.e. someone was actually injured and/ or a wide group of the public or employees were put at risk.

Once the levels of culpability and harm are established, the Court will then consider the means or ‘turnover’ of the defendant to identify the appropriate sentence ranges within the guidelines. For very large companies with a turnover of well over £50m, there is an ‘anything goes’ approach and health and safety professionals have been awaiting the first sentencing hearing of an identified ‘very large’ company to see how the Court would apply the Guidelines in those circumstances. We eagerly anticipated the sentencing of Merlin Attractions Operations Limited (“Alton Towers”), many of us considering this company to be one of those “very large” companies and which resulted in a £5million fine – a lot less than many of us were expecting. However, the judge decided that he could sentence this company proportionately within the ranges provided for large companies. Some might agree that this was a sensible decision for the judge to make in the circumstances, but others might think this was an opportunity for the judge to set a useful precedent for not only the appropriate level of fine, but for the definition of what a “very large” company is, which the judge wasted.

Looking at an example case in construction:

Injury: Fatal Summary of facts: Customer was loading planks of wood onto the roof of his car. He was run over by a company vehicle and died from crushing injuries. The company’s turnover is £2.198 billion.

Example cases in other industries include:

Summary of facts: An employee had contracted legionella there was no evidence that this was caused by G4S’s premises. However, on investigation it had been found that the hot and cold water systems had been badly managed and there had been inadequate policies, monitoring and testing and inadequate training for staff. They had also failed to act on the advice of their own consultant.

Many of the recent decisions show us that the decisions on culpability and harm levels might make a significant to the final fine level. For example, a large company with a very high culpability and harm category 1 (the highest), the sentencing range available to the court is £2.6m-£10m. If that is reduced to medium culpability and harm category 1, the range of fine available to the judge is reduced to £800,000- £3.25m and on the rare occasions that the breach is deemed low culpability / harm category 1, the range of fine available is £180,000-£700,000. It is really important for construction companies, executive boards and senior management teams to understand that steps can be taken in advance of a potential incident to ensure that culpability and harm levels are kept as low as possible and financial penalties that are imposed upon sentencing are not able to be covered by insurance. Many companies are now proactively investing in health and safety training and reviewing their policies and processes in order to avoid the potential effect of any criminal proceedings and/or convictions on the company and its individuals, who could find themselves at risk of imprisonment if their consent, connivance or neglect has led to a relevant breach of health and safety.

The Sentencing Guideline the court must follow if a person or a company has been convicted of an offensive relating to health and safety, were the subject of an illuminating presentation at the recent Safety and Health Expo. Read More

The Union of Shop Distributive and Allied Workers (Usdaw), retailers and their representative organisations urged for the Home Secretary and other Ministers to take more action towards abuse against retail workers. Read More

Eversheds Sutherland EHS Partner and Solicitor-Advocate Paul Verrico returns in to consider the ‘steps taken voluntarily to remedy a problem’ and whether a company’s reputation assists it in demonstrating a good health and safety record. Read More

Eversheds Sutherland EHS Partner and Solicitor-Advocate Paul Verrico considers the actions which a duty-holder can take following a serious incident in which failings have been identified, to influence the size of penalty imposed upon it. Read More

Merlin Entertainments, which owns Alton Towers, was fined £5m as a result of the Smiler rollercoaster crash in 2015, which left five people seriously injured. Now, two victims who each lost a leg in the crash are suing the park’s owners Read More

Health and safety law and securing compliance remains to be an ever important and far reaching area, particularly now in light of unlimited and ever increasing fines. Following our recent Legislation Update webinar, Emma Evans, Associate of Pinsent Masons, answers some of your pressing questions. Read More

Health and safety law and securing compliance remains to be an ever important and far reaching area, particularly now in light of unlimited and ever increasing fines. Following our recent Legislation Update webinar, Kizzy Augustin, Partner at Russell Cooke, answers some of your pressing questions. Read More