Jamie Hailstone is a freelance journalist and author, who has also contributed to numerous national business titles including Utility Week, the Municipal Journal, Environment Journal and consumer titles such as Classic Rock.
May 16, 2018

‘There is a direct negative impact on the bottom line if mental health is not addressed’: In conversation with Norman Lamb 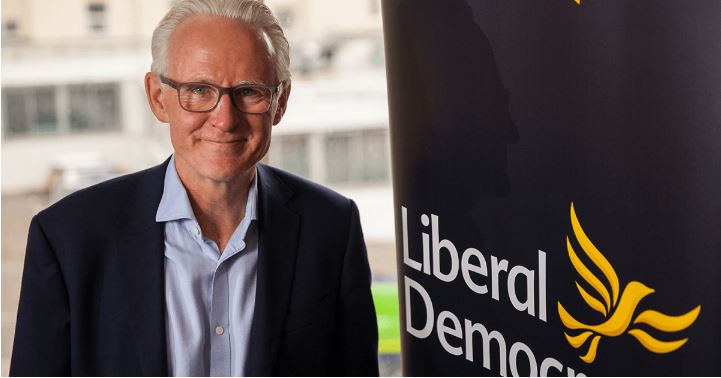 Norman was Care Minister for three years under the coalition government, between 2012 and 2015 and remains a tireless campaigner for equality for all those who suffer from mental ill-health.

He has also written an essay exploring mental health in modern Britain, which has just been published in a new book by the Joseph Rowntree Foundation and Bright Blue, entitled Burning Britain? Tackling ‘burning injustices’ that blight Britain.

You’ve been campaigning on the issue of mental health for many years. How big has the issue become in modern-day Britain?

Norman Lamb (NL): “It’s a substantial issue. The most important way of describing it is that mental ill-health and mental distress has a massive impact on people’s lives. It makes many people’s lives often pretty challenging and miserable. It can be a profound disability for some people and as a society, we don’t do very well in combatting that impact.

“Although we still have a lot more to learn and understand about the causes of mental ill-health, we do have quite a lot of evidence about effective approaches and yet we don’t follow that evidence in the way the system operates.

“For example, we know that intervening early is important in terms of reducing impact and having the best chance of helping someone to move on with their life, and yet the system often fails completely to deliver early intervention.

“What routinely happens around the country is someone turns up at their GP and they may just put on anti-depressants. They may be referred for secondary treatment from a mental health trust, but because these trusts are swamped with a number of cases, their way of rationing care is to set quite high thresholds.

“You have to be able to demonstrate you are very ill before you get any help. When we hear that the cost of mental ill-health to society is judged to be around £105 billion every year, there is a high financial cost to the neglect of mental-ill health, which equates to a high human cost as well, and we could be using that money more effectively.”

There have been a lot of reports recently about the rise of stress and mental health issues at work. Can you any specific reasons for that rise, or is part of a wider picture across society as a whole?

NL: “In part, it’s a reflection of an apparent increase in prevalence. It’s hard to be precise about what is going on, but because we are now more open about mental ill-health, part of that increase may simply be down to people reporting what in the past they would have kept secret.

“We think there is an increase, particularly among young people. Social media is often talked about as one of the potential causes on that. We are doing an inquiry on the science and technology select committee on the impact of trauma, abuse and neglect in childhood and the link between mental ill-health emerging in later life.

“It’s often said that the vast majority of sickness absence is either due to some mental health issue or musculoskeletal issues, or a combination of the two. So the cost to business and indeed to organisations in the public sector of mental distress is significant.

“There’s also the issue of presenteeism, where people turn up to work but are not really being very effective. Everything points to a very powerful case of doing more to address mental health in the workplace.”

Do you think there is a strong business case for promoting good mental health in a business?

NL: “I chaired a commission on mental health for the West Midlands Combined Authority, which reported in March last year and a lot of our report focused on mental health in the workplace. One of the things we proposed was trialling a wellbeing premium. The idea is to provide a fiscal incentive to employers to do more in the workplace and support people experiencing mental distress. If we can incentivise organisations to look at this issue more effectively, then we hope to be able reduce sickness absences, presenteeism and the number of people who are falling out of work because of mental ill-health.”

There has been a lot of talk about the changing nature of work, with zero hours contracts and the gig economy. Do you think that has had an impact on people’s mental health?

NL: “I don’t want to necessary suggest that all examples of the gig economy are bound to be negative in terms of someone’s mental health. For example, you could get an Uber driver who is able to manage their own week more effectively, fit in around childcare and so forth. For some people, the patterns of greater flexibility can work in a very positive way. But equally there will be others who work in stressful, unstable employment where they don’t know if there will be an income next week and the stress of that uncertainty has a big impact on their mental wellbeing.”

Are you aware of any sectors or companies that are leading the way in dealing with mental health issues?

NL: “You see individual firms who do very well. BT has always been an example. There are other examples. In the City of London, there is a mental health group, which most of the big players are a part of, and there is a focus on mental health in the workplace. Ginsters Pies also have a very good policy towards employees health and wellbeing, making it easier for people to walk and bike towards to work and exercise during the working day. It’s not just mental health, but recognising that health and wellbeing is a win-win. The employee benefits and the employer benefits on the bottom line, as well.”

Several reports recently have also talked about a taboo around talking about mental health in the workplace. How important is it that we tackle that taboo?

NL: “I think if you go back 10 years, it was probably a lot worse. It was a hidden illness and we have made some progress in people feeling more able to talk about their mental health. But equally, we still have a long way to go. There are very many people in less-enlightened workplaces, where they still feel anxious or unable to say anything at all. That continues to be a concern and shows we still have a lot of work to do in getting this out into the open.”

Have you got any suggestions for health and safety professionals or bosses to make their companies more receptive?

NL: “I always think that it’s worth making the case to the finance people that this is not a luxury. There is a direct negative impact on the bottom line if this is not addressed. It’s in a company’s financial interest, as well as being ethically the right thing to do to act on this. If you can make the financial case along with the ethical case, you can get critical allies on board to make things happen.

And also if you think about the health and safety, and legal obligations on companies, particularly around having a designated first aid person, the focus still in most workplaces is still on physical health. What we need is to move to a recognition that mental health first aid is as important as physical first aid. If companies can spot the signs in someone’s wellbeing or health, then acting at that point will reap rewards for everyone.”

Hear industry leaders share their own personal stories in the brand new Occupational Health and Wellbeing Zone, with talks on mental health, reducing stress, boosting resilience, including a discussion with Santander on how to manage psychological wellbeing for positive business outcome. Seminar topics include : ‘Health risk management approaches’, ‘Using nature-inspired design to improve office occupant health and wellbeing’ and many more debates and panels…