Ian joined Informa (formerly UBM) in 2018 as the Editor of SHP. Ian studied journalism at university before spending seven years in online fantasy gaming. Prior to moving to Informa, Ian worked in business to business trade print media, in the automotive sector. He was Online Editor and then moved on to be the Editor of two publications aimed at independent automotive technicians and parts distributors.
September 15, 2020

Can you make your business one percent safer?

One Percent Safer is described as an ‘anthology of the world’s best thought leaders, all in one place’. It contains 142 chapters, written by 142 different contributors, each one giving their best nugget of wisdom to make your organisation one percent safer. It’s out now, with all proceeds going to the One Percent Safer Foundation. 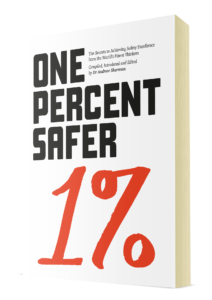 2.78 million people died last year due to accidents at work or work-related ill-health. No doubt that’s an unacceptable number, but it’s also hard to get our heads around, so let’s break it down. It’s 7,616 people dead every day. It’s 317 every hour. 10 seconds, and another person dead. Another person just like you. A husband, wife, partner, mother, father, brother, sister, son, daughter, friend, colleague. Yet organisations rarely discuss safety in this way – it’s usually only ever about accident frequencies and lost time injury rates. Real people suddenly fade out to become mere numbers.

Professor Dr Andrew Sharman, the brains behind the One Percent Safer book, said: “At this point you have a couple of options. You can accept this, as unfortunate as it is, that this is just what happens in the world of work and carry on doing things the way you always have. Or you can join us and imagine a world where all organisations commit to being one percent safer every day. You can be a change-maker and game-changer in your organisation and be part of the One Percent Safer Movement. It’s this simple: if we all do just one thing, just improve things by one percent, then that’s 28,000 people that get to go home without harm, instead of ending up dead – each year. 28,000 husbands, wives, partners, mothers, fathers, brothers, sisters, sons, daughters, friends, and co-workers. 28,000 humans. Wouldn’t that be incredible to be part of a movement that helps save 28,000 lives?”

In a recent interview for the Safety & Health Podcast, Andrew Sharman told SHP: “I’m dead against this idea of zero injuries as a target. As a vision, no one ever getting hurt at work is brilliant. But as a metric? I think it’s terrible metric, it’s binary. As soon as you have one accident you’ve failed your target and knowing that we failed our target and we can never win against that target is really demotivating demoralising.

“So, I’ve been pushing for leaders to think differently about how we measure safety, not by the absence of accidents, but by the safety that we create. What if we use the power of marginal gains? This has worked well for the British Olympic Cycling Team under Sir Dave Brailsford. Matthew Syed talks about the same thing in his book Black Box Thinking, and we’ve been talking about it in business for years anyway, we just called a continuous improvement. So, the idea of One Percent Safer is, if we can just make our businesses one percent safer every day, the power of that collective gain is extraordinary.” 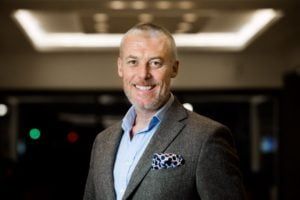 The One Percent Safer book, which is on sale now, harnesses contributions from 142 of the world’s leading thinkers, creating a compendium of ideas that anyone, anywhere, can access and put in place to create a safer, healthier world of work.

It includes contributions from: business executives, top academics, policy-makers (and breakers!), and some of the most important global authorities, including the World Health Organization, the United Nations, the International Labour Organisation, the British Safety Council, RoSPA, IIRSM, the Institute of Leadership & Management, and the Institution of Occupational Safety & Health, as well as global legends in their own right – including Sidney Dekker, Scott Geller, Gerd Gigerenzer, Marshall Goldsmith, Leandro Herrero, Gert Jan Hofstede, Erik Hollnagel, Andrew Hopkins, Patrick Hudson, Evelyn Kortum, Dianne Parker, Edgar Schein, Paul Slovic, Jukka Takala – and many more. All brought together for the first time in this book, collated by Professor Dr Andrew Sharman, who comments: “It’s not about easy answers, but instead providing a wealth of meaningful suggestions, perspectives and encouragement to provoke critical thinking and generate new ideas, encouraging you to see something you may have missed – beyond the rules and regulations, past the audits and checklists, more than just asking ‘Got any safety issues?’”

Ian Hart, Editor of SHP, commenting on why he decided to get involved in the book and the One Percent Safer Movement said: “Andrew Sharman is not someone you say no to. I was delighted to be asked to contribute towards the project and was immediately on board with the concept, with all proceeds going to such an amazing cause. My contribution is simple, to be clear in comms two-way discussion is vital. Create common themes or strands to your safety communications. I can’t wait to see a copy of the finished product.”

Speaking about who the book would most benefit, Andrew Sharman told SHP: “It’s kind of a broad audience, but then it’s also tightly defined. On the back of the book it says: ‘This book is only for leaders, visionaries and game-changers. It’s an inspirational handbook for those who believe that people everywhere should go home without harm at the end of every day at work.’

“I don’t want to pigeonhole the reader, but it’s certainly a book for those that truly want to make a difference when it comes to safety at work, so it’s about focusing on the inputs to get a great safety in order to get the right outputs.”

Adding his contribution to the cover of the book, His Royal Highness the Prince of Wales, wrote: “I’m heartened to learn that all proceeds from the sale of this book will benefit the One Percent Safer Foundation, and wish you good luck with your endeavours.”

All profits from the sale of the book go directly to the One Percent Safer Foundation, an independently-governed charitable fund created to provide support in two ways:

Order your copy now at One Percent Safer.

See some of Andrew’s other titles at the SHP health & safety bookshop.

Hear Andrew speak more about how the idea for the book came about, who is featured within it, what practitioners can learn from it, and how you go about completing a project like that in such a short space of time, in the latest episode of the Safety & Health Podcast.

Visit the SHP bookshop
Can you make your business one percent safer? One Percent Safer is described as an ‘anthology of the world’s best thought leaders, all in one place’. It contains 142 chapters, written by 142 different contributors, each one giving their best nugget of wisdom to make your organisation 1% safer. It’s out now, with all proceeds going to the One Percent Safer Foundation.
Ian Hart
SHP - Health and Safety News, Legislation, PPE, CPD and Resources

The veterans who became safety and health leaders

Lessons from Grenfell: Why aren’t we learning?

I think this is a great initiative and hope that the book sales generate good returns for the foundation.

Never seem to be able to find the ‘coupon code’

Hmmm, looks interesting. Back in 2014 I set up a blog that has posts that make you 1% better. Great minds think alike and that has to be 1% better too.