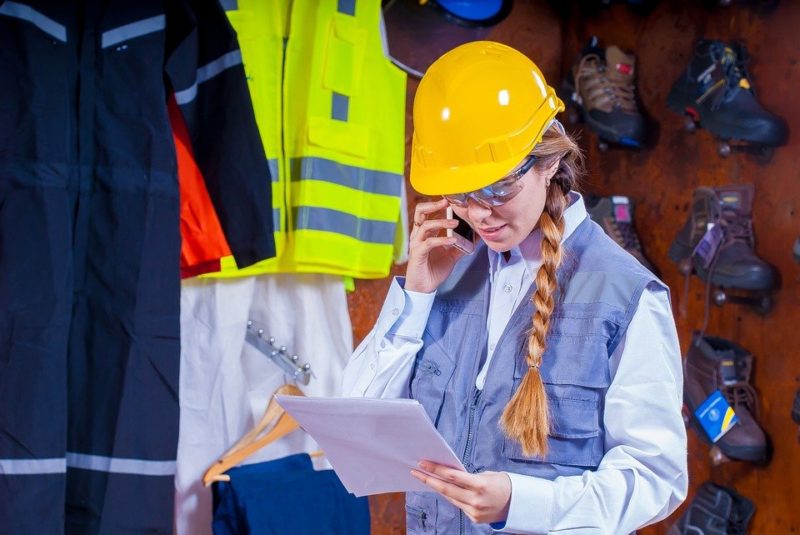 For forty years union health and safety reps have been working to make our workplaces safer. The TUC says that these unpaid volunteers are one of the major reasons that Britain’s injury rate has fallen dramatically since 1977, as workplaces with a union health and safety rep and a safety committee have half the serious injury rates than those without. They also have lower levels of occupational disease. So what is it that union safety reps do, and why don’t  they have a better (pardon the pun) … rep?

In 2016, a study of government statistics calculated the savings delivered by unions across the economy and showed that the union role in prevention of workplace injuries and work-related ill health contributed to savings of £219m to £725m a year.

Union safety representatives are “just ordinary people who are motivated by a desire to help others and make a difference”, says the TUC. They help their members, employers and society by keeping people safe, yet far too often their hard work is unrecognised and they often seem to be preceded by a negative reputation.

If politicians, regulators and employers gave more encouragement and support to union health and safety reps then they could be even more effective. – TUC

The Safety Representatives and Safety Committee Regulations of 1977 were a huge step in the right direction to give support to those who wanted to keep workplaces safe and healthy.

To mark 40 years of the legislation and the union safety rep, the TUC is running a campaign which launched last week on 25 October 2017 (National Inspection Day) and will finish on Workers’ Memorial Day on 28 April 2018.

Although much of the campaign will be grounded in celebrating the past successes of union safety reps, it will also focus on the future, making the case for union involvement in health and safety over the coming 40 years.

What the unions have to say on health and safety: 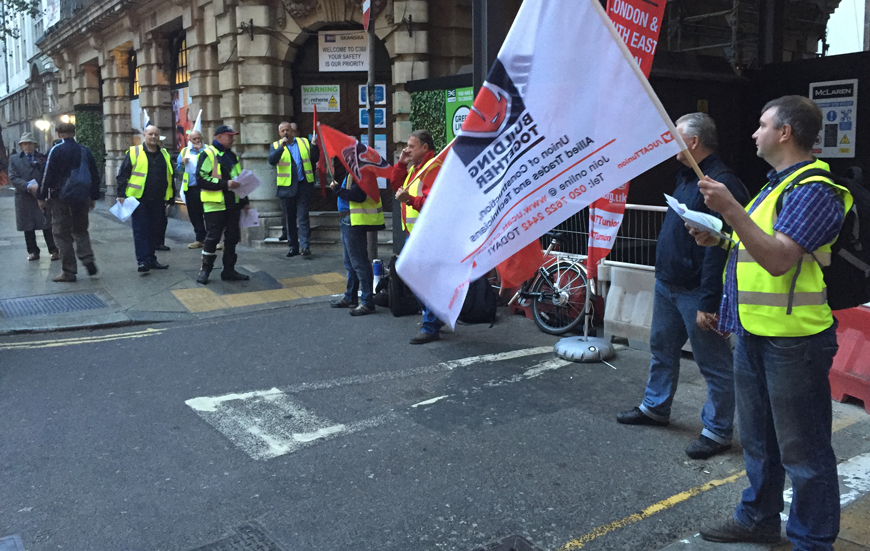 Construction union UCATT calling for an urgent independent inquiry into safety and workplace abuses on the Crossrail tunnelling contract after workers complained of exhaustion, intimidatory working practices and having to walk up to two miles underground in order to go to the toilet. Source: UCATT

What do union safety reps do?

There are now around 100,000 trade union safety representatives. The TUC says that the work they do:

The TUC lists the following as some of the roles of the union safety rep:

Knowing the workplace – Safety representatives know the workplace far better  than management as they are aware of what really goes on, the TUC says adding: “they act as a channel for individual workers to raise their concerns”.

Unions are often aware of risks long before management – Many risks were first identified by unions, sometimes after management ignored or hid early warnings, the TUC says adding: “When unions first raised the issue of stress, employers and the media argued that it was nonsense. It is now recognised that workplace stress effects around half a million people at any one time.”

Unions give workers a voice – Where workers have safety representatives and safety committees they know that they have a voice. That makes them more willing to raise issues. – TUC 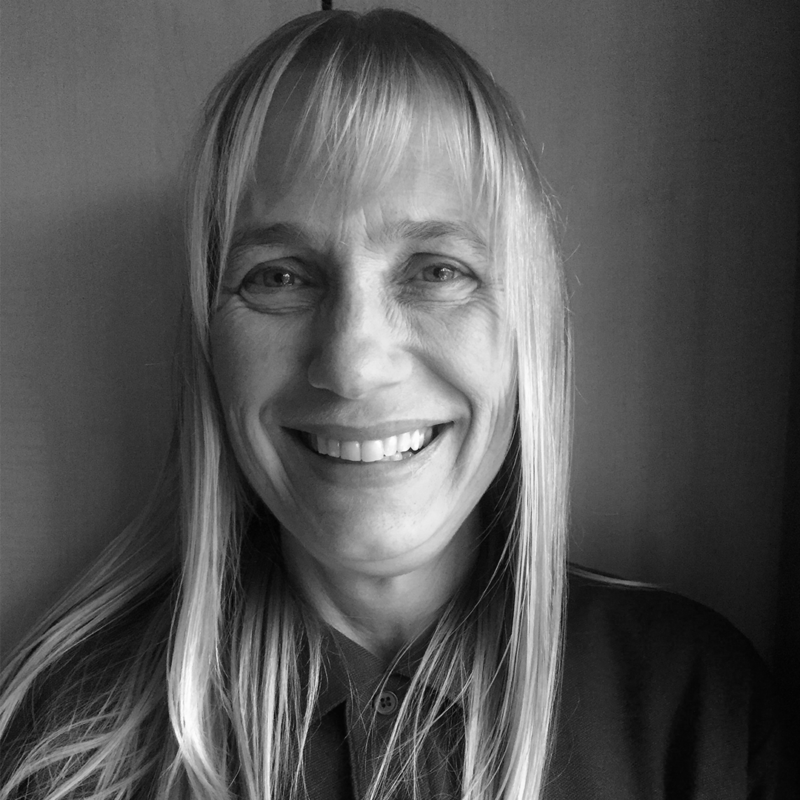 Credit: With kind permission of TUC

Angie has worked as a driver in the ambulance service for 14 years and became a union health and safety representative when she saw that quite a lot of her colleagues were having long term health conditions such as back pain. After she became a representative the local ambulance service decided to buy a new fleet of patient care ambulances. Angie was invited to give input in her role as union health and safety representative as part of the partnership working arrangements with management. She consulted with members and got feedback that, due to the inclines involved and the variations in patients’ weights, the existing practice of pushing patients up a ramp and in to the ambulance manually could be quite dangerous. Thanks to the knowledge of manual handling gained as part of her representatives training, Angie was able to make the case for tail lifts to be included on the vehicles, something that management had not previously asked for.

Because of Angie’s actions, the new ambulances were all delivered with the lifts on them. This has reduced the risk of back strain and manual handling injuries to staff, who would otherwise have had to push wheelchairs up ramps. The feedback from staff has been brilliant. As Angie said

It’s not just about the short term reduction in back injuries, it’s reducing the long term wear and tear that people’s joints are subjected to from lifting over many years, which catches up with you in the end. 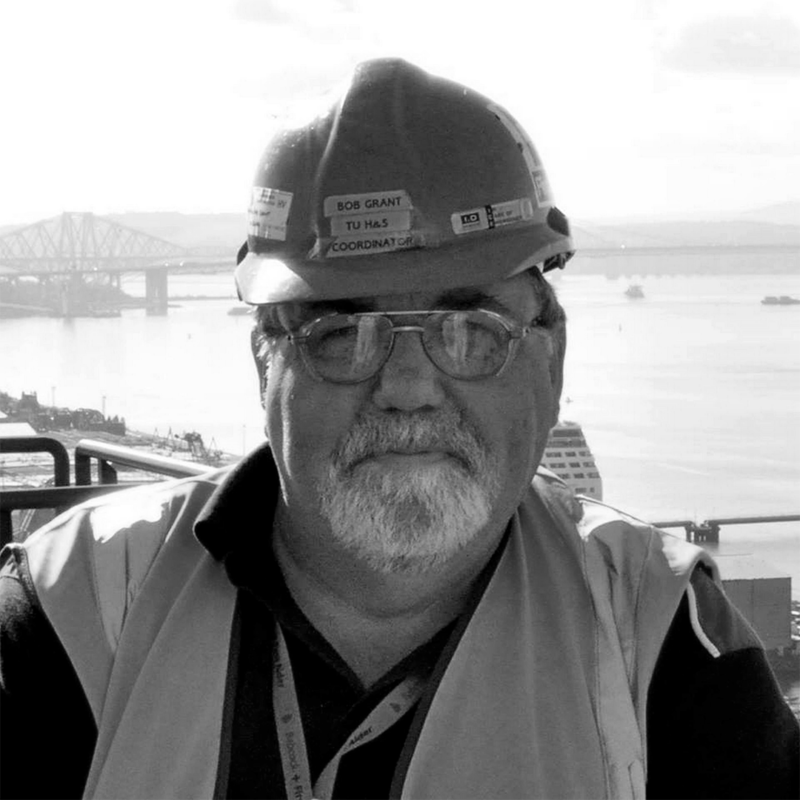 Source: With kind permission of the TUC

Bob was a Coppersmith to trade and for the last 6 years of his working life a Safety representative in a Scottish shipyard. Over the years he has plenty examples he can give of how they make a difference, but the work with apprentices stands out. He recognized the risks that apprentices were often placed in as new starts and helped set up an apprentice safety forum which allowed them to have “hands on” with health and safety. He assisted them in coming up with the successful “I can” safety poster campaign   e.g. “I can play football because I am safe at work”. They also introduced yellow coloured safety helmets to identify new starts apprentices.

The work all made a real difference. One example is after it was noticed that the apprentices were often not wearing the cheap and ugly safety glasses that were provided, he assisted in convincing management to buy more stylish glasses, and with active promotion ensured they were being worn. All sites reported a reduction in eye injuries. One by 93% in one month. Quite a result.

So why the bad press?

Unions are often portrayed as politically divisive, trying to force the hand of employers. While some would say that the unions have given us safer workplaces, better working conditions and hours – others would say that the unions have gone too far, actually making it harder for companies to get rid of bad workers. There’s certainly a lot of food for thought when it comes to making unions work in the best way for the people they are there to protect.

Employee away days: Where does the duty of care lie?

It’s good to see the work carried out generally selflessly by TU Safety reps being recognised.
I have worked with them over the years and to be fair have usually got on better with them than some managers/supervisors from the muscular virility cult.
More power to their elbows for years to come.
And expand their role too
Regards
Mike

Whilst the figures are inarguable regarding the workplaces where union safety reps operate, the claim that they have been largely responsible for the fall in Britains injury rates isn’t really supported by the wider evidence. a confusion of correlatin and causation, perhaps? In that same 40 year period, unionised workplaces have decreased alarmingly in number and size (with the exception of the NHS). Traditional employment has changed dramatically over that period and I believe that the combination of economic uncertainty (boom & bust cycles, 2008 global recession and Brexit), outsourcing of production overseas, zero hours contracting, increased agency working and… Read more »

The finance, insurance and real estate (F.I.R.E.) sector in the economy are parasites – sucking the economy dry, ‘Killing the Host’ as Ecomomist Professor Michael Hudson puts it in his book. No trade union initiative, idea, cause, achievement or failure ever caused austerity – it only ever made life better for working people. Yes there were struggles, yes there were deaths, yes there were outrages, but the positive effect on 99% of peoples lives as a result of trade unionism is unquestionable for amost 2 centuries. The F.I.R.E. sector on the other hand along with big corporations – the other… Read more »