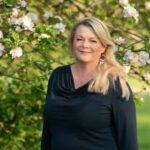 Heather Beach is Founder and Managing Director of The Healthy Work Company and has been running businesses in health and safety for over 20 years. Having run Barbour, SHP and Safety and Health Expo, she is now running her own business. The Healthy Work Company provides solutions which drive the wellbeing agenda to enable thriving in the workplace at all levels. Offering more than simply training, it delivers strategic support for your wellbeing programme. "We are driving the mental health agenda towards how human beings thrive in life – often through work, not in spite of it!" Heather can be reached on [email protected].
December 8, 2017

Heather Beach of the Healthy Work Company addresses the annual Women in Health and Safety Christmas party. Here is an edited version of her speech in which she outlines her experience of Imposter Syndrome – and the importance of health and safety professionals building self confidence.

Of all the results which have come from Anna Keen and Kendelle Tekstar’s work on Acre Frameworks – the psychometric test which measures competence in health and safety professionals – the least surprising for me is the overall lack of self-confidence which exists in the profession.

This is not just in women, although it is particularly notable there. It is not surprising because, added to the fact that I think this is a human (and very British) trait, as opposed to specific to the profession, it may be worse in health and safety because of its reputation among the public and the fact it is treated with such caution by business and often silo-ed.

But if the profession is to develop and transform, self-confidence is key to moving to a more coaching and enabling role with managers, and engaging as an equal with business leaders.

How do we short-circuit that confidence which may eventually come from age and experience, and going through painful times in life?

Firstly, a short cautionary tale for you.

My daughter Rosie is 11 years old and has just started secondary school.

As anyone knows who has children who have gone through that, it is a massive change and mine is uncharacteristically struggling.

Imagine my horror, when three weeks ago, she came home and said: “Mum, a boy in the year above me was talking to me in the playground today and he said ‘you’ve got no friends, no one likes you, you should just kill yourself’”.

When I had got over my shock I asked how she felt about it, and she said: “Oh I was a bit hurt but mostly I just really wished I could have hit him”. Which I felt was a decent reaction.

This, on top of last year her “best” friend telling her she was ugly (she’s not, of course, she’s beautiful), really got me to thinking.

I do not recall kids being as cruel when I was young. Perhaps I was lucky, but perhaps we were just a little less blunt about our nastiness? Better at dissembling and manipulating.

I don’t think we really took pleasure in each other’s successes, but preferred a good failure. We loved nothing more than a good gossip behind each other’s backs, and there was this feeling of constant competition – to be the prettiest, the cleverest, the most popular.

At what stage of life does that disappear? For some people I don’t believe it ever does. For me, I am happy to admit a desire to genuinely get behind other people came relatively late in life. What was it that flicked the switch?

It was only when I started to have full confidence in myself.

If I had known the term Imposter Syndrome earlier, I would have identified with it. It is generally a term more associated with females than males. For those who don’t know the term, it means you constantly feel you have been over-promoted. That you aren’t really good enough to be in the position you are in. That you are sure to be found out.

I used the word lucky about my career progression every day.

It was only after I had proved myself again and again, and been consistently promoted year after year, that I took on board that I was genuinely good at what I did. That I could stop being frightened about being found out. Stop feeling defensive with that person who was better at some aspect of the job that I was. To actually be delighted for other people who were doing well.

The odd thing is that being delighted for others, supporting others, being told you have been useful to them, actually develops your own self confidence.

It took me some time. Partly about proving myself. Partly about having to embrace huge changes in my personal life. The question for me is: how do we short circuit that process? How we do gain that wisdom earlier in life?

Those of you here for the first Women in Health and Safety Christmas party will remember Anna Keen had us all doing Wonder Woman poses; acknowledging the power of altering our state – our bodies – in giving us confidence.

There is a wonderful Amy Cuddy Ted Talk on this topic:

There is huge evidence that breathing, stance, even smiling, makes an actual difference to our state of mind. This is also known as “Fake it ’till you make it” but I don’t like that expression. If you alter something – why should that be faking?

If you’ve had any training about the brain or about mental health you will know about the power of our thoughts. As Epictetus, the famous 1st century Greek stoic philosopher said:

“People are not disturbed by things, but by the views they take of them.”

Our thoughts are not the truth, they are the product of our upbringing, our background, society….. BUT they are the filter we see the world through.

If I think “I’m not worth it” that is the filter I see the world through – and I will find more evidence to support that point of view. How difficult is it not to engage with that thought that “I did a bad job there”, “I am rubbish”, “I am hopeless” – some of us even let that thought come out of our mouths – enrolling others around us in that view of us too! Oh please stop doing that!

Luckily, our brains are not set. The new knowledge about neuroplasticity tells us that we can rewire our brains. I believe I am a case in point. I’m currently working on building some new habits around food and exercise – acknowledging that being called “The Healthy Work Company” implies some responsibility to be healthy myself if I am to operate with integrity. It is interesting experimenting with how much change my brain can cope with at once.

So if we are to build self-confidence what can we do about our thoughts?

The first is always to look for evidence to prove you are good enough rather than that you are not and to tell yourself good things about yourself. That thought which says you are hopeless is just that, a thought. It is not the truth. You choose whether to engage with it or not.

The second is to offer support to each other. Even if you don’t know what you have to offer, offer anyway because then we get into this weird virtuous circle – the more you find you help someone else, the greater your own confidence is.

So last year I had this surge of confidence which finally got me to realise that I had been doing a good job building other people’s businesses for a long time, so maybe it was time to start my own.

This time last year, I promised Alastair Campbell’s agent £10,000 of my own money from my remortgaged house, to speak at my launch event – a conference on mental health for health and safety professionals. This was before I had a single ticket promised or sold, before I had even officially resigned my day job. I am a single parent so that gives you some idea of the confidence I needed to call upon.  I did have the odd wobble. When a wobble came, I generally rang someone in the community who reassured me, “Yes, tickets would get sold, I would be fine”.

I wouldn’t be here, 11 months on, if I hadn’t looked for evidence I could do it, and hadn’t had so much support from the people in the health and safety community.

I know it is rather un-British to unapologetically say that we are good at something rather than to self-deprecate, and, believe me, if I cross the line into “boasting” my 11 year old quickly bursts that particular bubble, but consistent undermining of ourselves just is really unhelpful.

By having confidence in ourselves, we give those around us permission to shine too. What do you think increased self confidence in health and safety professionals would make possible for the profession?

School days are the very foundation of too many adults insecurities put away or suppressed in a Pandora’s box of hurts, just because you are supposed to be a grown-up now, that all too often reaches bursting point in a mid-work/life crisis as the pressures and demands of an always ON, 24/7 digital life-style reaches a tipping point. For those who left school functionally and digitally illiterate with poor reading rates, of less than fluent 180 < 240 words per minute including those on the Dyslexia Spectrum, they will already be at increased risk of experiencing Computer Vision Syndrome /… Read more »