A recent Women in Health & Safety event, ‘5 minutes in the Hot Seat’, saw Lawyer Kizzy Augustin put attendees through their paces in a series of role play scenarios. 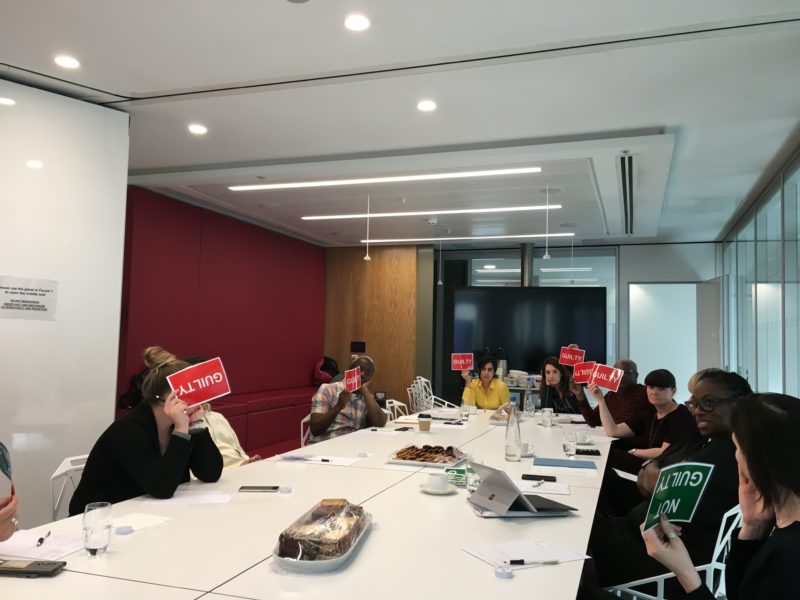 During an interactive and engaging session, Kizzy Augustin, Health and Safety Partner at Russell Cooke Solicitors shared her observations on how to react when an inspector calls and how to limit exposure to the threat of investigation and / or prosecution following an incident.

In a series of scenarios, attendees were able to experience what it might be like to be investigated by the enforcing authorities, to imagine whether their company’s policies and practices would stand up to scrutiny and test their ability to answer questions posed by an inspector, both in their personal capacity and on behalf of the company.

The light-hearted event covered a serious topic, highlighting the best ways to protect yourself and your organisation from the risk of prosecution. 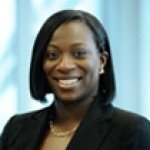 Kizzy opened proceedings by outlining the importance of understanding the general duties under the Health & Safety at Work Act 1974, including the duties owed by employers to employees and non employees (sections 2 &3), those in control of premises (section 4) and those duties owed by employees and senior managers and directors (section 7 and 37). She discussed how all organisations and individuals have obligations to health and safety, largely towards employees, but also members of the public, other third parties and themselves.

The Sentencing Guidelines were touched upon and how they have given a framework to the way health and safety cases are prosecuted and sentenced. It was discussed how the higher fines won’t necessarily eradicate the possibility of an incident, because cases are investigated based on ‘risk’, not just physical injury or the occurrence of an actual incident.

The main body of the event focussed on several fictitious health & safety incidents that had occurred and attendees were invited to act out scenarios while being grilled by a mock HSE inspector. The scenarios covered situations such as a work at height construction incident, an injury to a patient at a care home, a chemical incident at a school, and an assault and fire in an office environment.

Each scenario was outlined to the room, while the person ‘in the hot seat’ read through a more detailed backstory.

The interviews all followed a similar format, with a series of formal questions being asked about the individual, their time with the company, experience and details about their role and responsibilities.

Kizzy, acting as the HSE Inspector, wanted in each case to ascertain what the person’s day-to-day tasks involved and whether any training, supervisor training or refresher training had been given to the interviewee.

The conversation then moved onto the incident itself, which included enquiries about guidance documents, risk assessments and in some cases, the possibility of a language barrier between the interviewee and the injured party.

When deciding on whether the interviewee (and the company they were representing) was ‘guilty or not guilty’, observers were asked to think about what more could the individual reasonably have done in the situation?

Although undoubtedly a mock environment, virtually all of the interviewees commented on the pressure they felt when being questioned. It also became very evident that it’s easy to ‘slip up’ and ‘say the wrong thing’, sometimes wrongly implicating the person being questioned.

In summary, it was discussed how in everyday life, you are deemed innocent until proven guilty, but that often in health & safety, you are put on the back foot and are required to prove innocence once a risk has been established. For that reason, it is worth understanding whether you are being interviewed in your personal capacity as an individual, or as a representative of an organisation.

Kizzy stated that it was worth noting that there is no obligation to attend an interview under caution – you can also offer to provide a written response in lieu of attending for interview, particularly if the company rather than an individual is being investigated. Kizzy stressed the importance of understanding your rights and entitlements when invited to attend for interview and assessing whether there is a need for legal representation. She recommended that it is always worthwhile having a lawyer present to advise and protect your interests if being interviewed under caution.

She concluded by saying that having proactive and robust health & safety management is the key!

If you’d like to experience the feeling for yourself, Kizzy and her team will be repeating this event at Safety & Health Expo in June. Look for the 5 mins in the hotseat Workshop in the Networking Forum at 12:45 on 19 June.

Click on the link at the bottom of this page to register for your free ticket.

The Women in Health and Safety network is run by an independent committee, Chaired by Dr Judith Grant, Director of Health and Wellbeing at Mace. The network hosts free-to-attend events, for all health and safety professionals, which take place throughout the year around the UK. The flagship event takes place at Safety & Health Expo in June.

shame its in London, any plans to come north ?