Jamie Hailstone is a freelance journalist and author, who has also contributed to numerous national business titles including Utility Week, the Municipal Journal, Environment Journal and consumer titles such as Classic Rock.
November 8, 2018 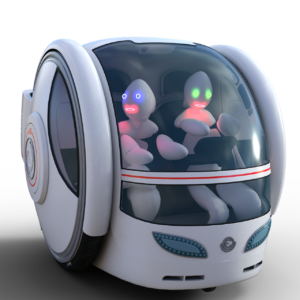 All driverless cars tested on public roads must have a vehicle operator in the car ready to take over controls in an emergency or situation outside the system’s capabilities.

And studies carried out have demonstrated how challenging it is for safety drivers to stay alert and respond quickly when potential hazards appear.

“Training a car how to drive itself is no mean feat – considerations go way beyond the basic functionality of controlling the vehicle,” said Mr Hoad.

“It is vital that the impressive technology and machine learning that educates autonomous systems, does not overshadow the necessity for driverless cars to be developed using industry level advanced driving expertise.

“For autonomy to truly revolutionise our transport infrastructure, self-driving cars need to not only meet, but surpass the standards of the everyday driver we encounter on our roads,” he added.

“Driving Intelligence is the missing piece of the self-driving puzzle. By uniting the testing and valuation practices of today with vehicle dynamic driving principal; our training optimises existing CAV development projects to produce the most advanced driver of tomorrow.”

Earlier this year, SHP Online spoke to a number of safety experts following the news that a woman in Arizona died after being struck by a self-driving Uber car.

Andrew Clark, who is the director of the personal injury team at the medical negligence firm Fletcher Solicitors, said the law as it stands is still focused on the actions of the driver and the common law principle of fault.
“I think the Government is trying its best to simplify what the rules and regulations are going to be,” said Mr Clark.
“There will not be much difference between an accident that happens in a work environment and one that happens on the public highway.”