Jamie Hailstone is a freelance journalist and author, who has also contributed to numerous national business titles including Utility Week, the Municipal Journal, Environment Journal and consumer titles such as Classic Rock.
March 23, 2018

The news that a woman in Arizona died earlier this week after being struck by a self-driving Uber car has raised fresh questions about the safety of driverless cars.

While investigations into the accident are still on-going, Uber has now paused all its self-driving operations in Phoenix, Arizona where the incident took place, along with trials in Pittsburgh, San Francisco and Toronto.

Tempe Police Vehicular Crimes Unit is actively investigating
the details of this incident that occurred on March 18th. We will provide updated information regarding the investigation once it is available. pic.twitter.com/2dVP72TziQ

Here in the UK, the advent of driverless cars on main roads is still some way off, although Milton Keynes Council confirmed this week (20 March) that trials of self-driving pods have now started in the city.

Meanwhile, the Government itself has been very clear that it wants the UK to be a global leader in this field. In January, as part of a sector deal with the automotive industry, it pledged to provide £250 million of investment for autonomous vehicles.

But the incident in Arizona has reignited the debate about just how safe these vehicles are and, equally importantly, who is liable if a driverless vehicle is involved either in a workplace or a personal accident? 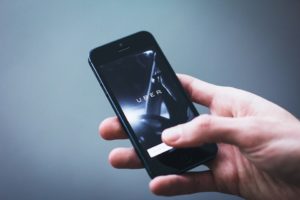 Speaking to SHP Online, Andrew Clark, who is the director of the personal injury team at the medical negligence firm Fletcher Solicitors, said the law as it stands is still focused on the actions of the driver and the common law principle of fault.

“I think the Government is trying its best to simplify what the rules and regulations are going to be,” says Mr Clark.

“There will not be much difference between an accident that happens in a work environment and one that happens on the public highway.

“It will still boil down to an autonomous vehicle being used and issues relating to product liability.

“The traditional common law concept of liability will almost shift to a product liability, because it’s problems with the vehicle, rather than the driver that could be potentially the cause of most accidents we might see in the future.

“That’s the solution that has been thrown out there and I think it would work pretty well.”

Ministers have also suggested that if an innocent victim is involved in an accident with an autonomous car, they should just go direct to the insurance company, he adds.

“In terms of the innocent victim, that’s helpful, because they do not have to go through all the complexities of making a very difficult claim.”

But Mr Clark believes the manufacturers of driverless cars will “fight tooth and nail” to protect their reputation in such cases.

“I don’t see for one minute that vehicle manufacturers will just roll over and accept blame every time an accident happens,” he tells SHP Online.

He adds there are also concerns about whether the software in driverless cars could be hacked, and whether that could lead to accidents.

“Another thing that has to be made crystal clear is the user’s responsibility,” adds Mr Clark. “We’ve just seen a case in America, where the user unfortunately was killed in an accident, because he was watching a film at the time. He thought there was no responsibility on him at all to do anything other than sit in the vehicle, and that he would be taken to and from his destination.

“But that claim was thrown out by the courts in the US, because there was a responsibility for him to regain manual control of the vehicle when it was obvious an emergency situation had arisen.”

He adds he believes most people are still under the impression that driverless cars require no concentration on the part of the passenger.

“There has to be more public awareness of what it actually means.”

Obviously, it is not just driverless cars that are set to play a bigger role in both our working and personal lives, but autonomous drones as well.

“Again, it’s going to boil down to what the insurance position is going to be,” explains Mr Clark. “A drone is still going to be classified as a vehicle of some sort. It will still fall under a product liability situation and insurance will be paramount.”

The self-driving pod trials, which started earlier this week in Milton Keynes will involve up to 40 pods, all capable of driving up to 15 miles per her, operating in the city centre.

The local authority is working with Aurrigo to test the pods and the trial is set to last 12 months.

“The demonstrations are designed to test and evaluate the technology for its suitability, not least around safety, so the trials will be closely managed,” says the council’s head of transport innovation, Brian Matthews.

“It’s very exciting as we could be on the cusp of what might be a revolution in transport with the potential to provide increased mobility for all.”

Aurrigo’s director of autonomous vehicles, Dr Richard Fairchild, said: “Initially, people will see just one or two pods at any time, as we build up the fleet over the coming months.

“Over the course of the trial, each pod will travel thousands of miles and all the information and experiences we gather, will be challenged into providing the safest and most efficient first and last mile transport solution in the UK.”

But for all the legal arguments about liability, surely the biggest issue remains one about trust. How many of us would be happy to use a driverless car, either for work or for pleasure?

A recent survey by Northern Connectors found two thirds of drivers would rather own a manual than a driverless car, and half said they were not certain about how would be held responsible in the event of a crash in an autonomous vehicle.

“Our findings find that while significant strides are being made to bring both driverless cars and electric cars to the wider market, many people are fearful about the unknown,” said Northern Connectors’ general manager, Scott Jones.

“Once these fears are allayed, however, it seems the new vehicle will be much more widely embraced.”