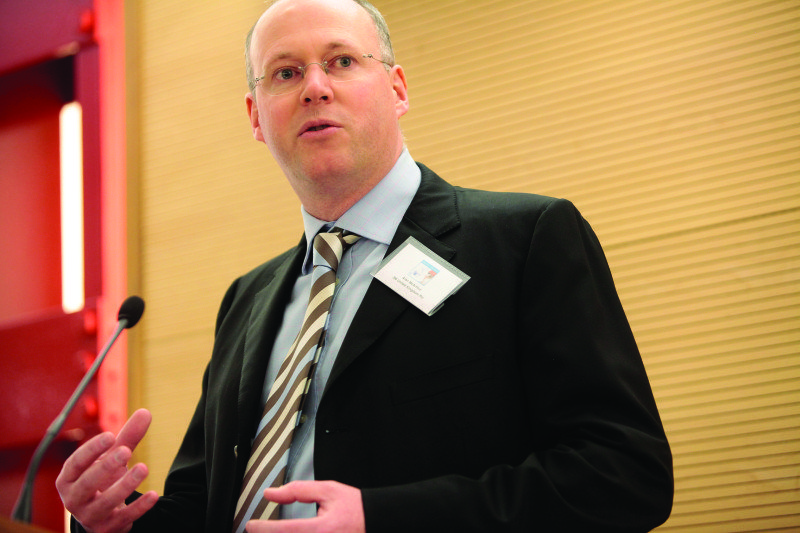 Earlier this month, Alan McArthur, UK technical services supervisor for 3M’s Personal Safety division, led a webinar titled ‘An Introduction to Respiratory Protective Equipment (RPE)’, as part of the science-based technology company’s Safety Spotlight Webinar Series. SHP caught up with Alan afterwards for an exclusive interview on the topic, as well as his career in the health and safety industry.

How did you become involved in the health and safety industry?

Initially, I worked in production engineering in a 3M factory that made powered respirators, which was my first introduction to RPE. From there I transferred to the technical services team, so I moved from a factory role into a consumer-facing technical role, which is what I’m still doing now. That change was in 2002, and I’ve never looked back.

What do you find most rewarding about your job?

I think it’s the difference I can make through the advice I give people, through the training I’m able to give, through the materials and techniques within 3M that I can influence, but also through the external industries I work with, like the British Safety Industry Federation and the Health and Safety Executive. It’s really rewarding having those multiple strands all add up to being able to improve the situation for users of personal protective equipment (PPE) in the workplace.

What advice would you give to people looking to work in this area?

I’d say you need to really understand the markets and environments PPE is used in, because it’s used in almost every industry – any industry that you get dirty in or is noisy, at least. If you’ve got a feel for those industries, you can have a broad knowledge and really be able to understand what the users of these products go through. In order to get that understanding, I’d encourage people to spend time out in the field and visiting sites.

Why is RPE so important?

People should only use it when they really have to, when they’ve explored all the other options. Generally, in factories it’s a secondary measure, but even in the construction industry, where it’s closer to being a primary measure, RPE should be the last resort. If it’s selected wrongly or misused, the wearer is exposed; there’s nothing else there to protect them.

What are some of the common problems associated with RPE?

One common problem is resistance to wearing it, or removing it after periods, because of discomfort. The solution to that lies in involving people in the selection process, allowing them to try different options within the constraints of the output of your risk assessment. Otherwise, the equipment is just something that’s been chosen and forced upon them, when it’s quite an intimate thing we’re asking them to do – wear something across their nose and mouth for long periods. For manufacturers like us, part of the reason we have such a large range is to allow that choice. We have a lot of options that on paper do very similar things, but it’s about user preference.

How else can employers ensure their workers comply with RPE requirements?

By keeping their eyes open when they’re on the shop floor, not turning a blind eye to non-use, making sure they talk to employees to find out the reason for non-compliance. They should be trying to understand people’s objections, because again you come back to my point about options, and maybe there’s something better for that person.

I’d also advise against only concentrating on the visually obvious aspects – whether or not a person on the floor is wearing the equipment. It’s also about how they’re storing it and looking after it. Is that being done properly?

My colleague Simon Field will be going into more detail about achieving general PPE compliance in his next webinar on 30 March, for anyone who wants more information.

What have you got planned for your second RPE webinar on 26 April?

We deliberately split things into an introduction to RPE, which I’ve already done, and an advanced level webinar, which is next. So, we’ll be going into more depth on some aspects and then bringing in some new aspects, like the relationship between protection factors and workplace limits, and filtering gases and vapours. We had some good questions last time so I’m really looking forward to it.

For more information, or to register for any of the free webinars, visit https://promotion.3m.eu/safetyspotlightwebinars/en-gb/

Webinar: An introduction to the new international standard, ISO 45003