Should smartphones be considered as DSE? 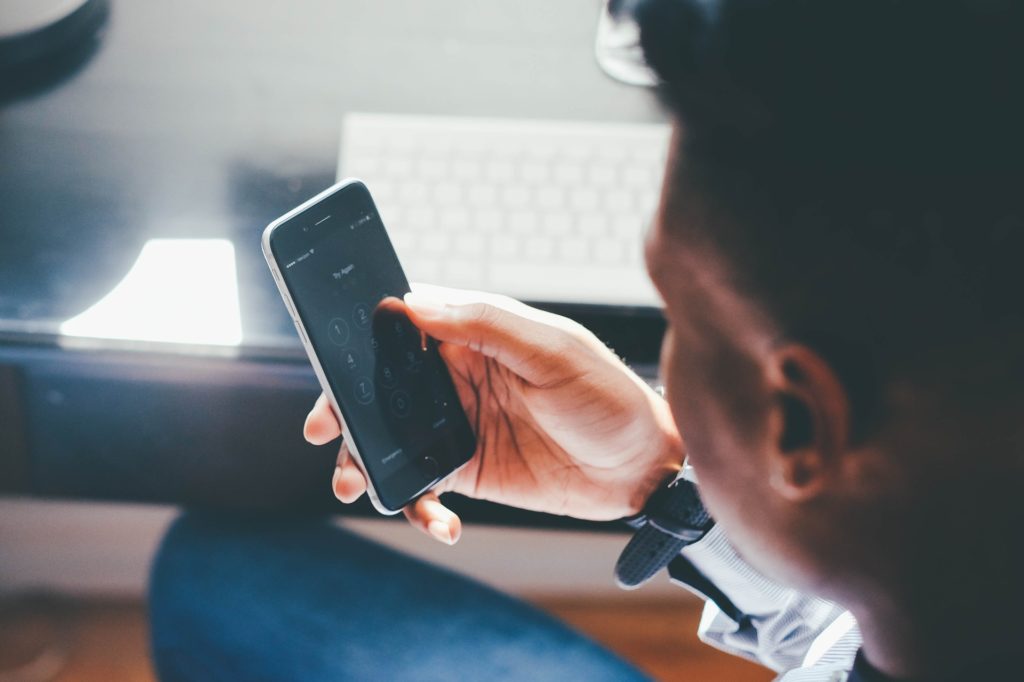 The Blackberry was launched in 1999 and the iPhone was first unveiled in 2007. It would be understandable, therefore, to assume that the Display Screen Equipment (DSE) regulations, brought into force in 1992, do not cover smartphones. This assumption would, however, be incorrect.

Introduced in 1992 and amended in 2002, the DSE regulations do in fact include smartphones. This is mostly due to the fact that the details of the regulations are based on the manner and amount of use, rather than the precise category of screen.

Widespread use of smartphones

At the end of 2017, Specsavers Corporate Eyecare undertook research1 to find out how widespread the use of smartphones is in the workplace and whether safety managers are providing the associated eye care. An independent survey of over 500 senior decision makers in UK companies was carried out and suggests that employers class two-thirds (66%) of their employees as ‘smartphone users’. Accordingly, a similar number should be receiving workplace eye care, under the DSE regulations. However, only 18% of employers stated they provide eye care for some smartphone users and just a quarter (25%) of employers provide eye care for all smartphone users.

So what do the regulations really say regarding smartphones, and what do health and safety professionals need to do?

It is the definition of DSE that brings smartphones into this category. Under the specifics of the regulations, DSE is defined as ‘any alphanumeric or graphic display screen, regardless of the display process involved’. This explains how smartphones are counted as DSE, despite not being in existence when the regulations were drawn up. The next defining area is what is not counted as DSE. In article four of the legislation it states that they do not apply to vehicle cabs; screens on transport; screens mainly intended for public operation; calculators, cash registers, or equipment with a display for direct use of the item; window typewriters; or, vitally, portable systems not in prolonged use.

What makes a positive identification of smartphones being included is ‘portable systems not in prolonged use’. As a smartphone has an alphanumeric graphic display screen, if it is in prolonged use, it is classed as DSE.

It is, therefore, the length of time for which an employee uses the DSE that is important, over and above the type or size of screen. While there are no specified times to categorise ‘prolonged use’, it would seem reasonable to assume that a smartphone used for a significant part of an employee’s working role, to view and respond to emails, for example, would count as DSE under the regulations.

The DSE regulations themselves are long and complex. Thankfully, the HSE has provided a guidance booklet entitled ‘Work with Display Screen Equipment’. Mobile phones are mentioned here, with it stating that, with the merging of information and communication technologies, small screens are being used for a wider range of tasks. The example is given of mobile phones that can be used to compose and edit text, view images, or connect to the internet: smartphones. The HSE states specifically that: ‘Any prolonged use of such devices for work purposes will be subject to the DSE Regulations.’

As with all DSE, the working patterns would need to be assessed. With prolonged use, frequency of use, and the working role being dependant on the use of the phone, all being important factors.

It should be noted that we are discussing smartphones and not mobile phones because the guidance also makes it clear that phones in prolonged use for spoken conversations are excluded, because their display screens are incidental to this use. 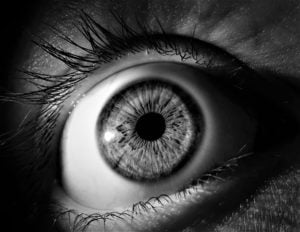 Whether we like it or not, smartphones are now ubiquitous in the workplace and being used on a more and more regular basis for a wide variety of working roles. The DSE regulations were first put in place to ensure that employees benefited from regular eye tests if they regularly worked with a PC screen. As this was the case with the desk-based computer monitors of the time, it is perhaps even more of an issue with small, hand-held smartphone screens.

Enlightened employers and safety managers are well aware of the importance of looking after the eye sight of their employees. There are many additional benefits to providing eye care, not least the ability to detect and monitor serious eye health issues and much wider systemic conditions, like diabetes, high blood pressure, cardiovascular disease, some cancers, and dementia. Even managing the more minor conditions, such as headaches and eye strain, will have a positive effect on wellbeing and, therefore, on productivity. The fact that smartphones are, under many circumstances, considered to fall under the DSE regulations, is a positive one. This means that eye care will reach a greater number of employees.

Disregard all of the above!

While this article has been written to show under what circumstances smartphones are included under the DSE regulations, we would urge all safety managers not to just consider eligibility, but to provide eye care to all employees, irrespective of their use of screens, large or small. Eye care is such a simple way to support the health, wellbeing and productivity of employees, it seems a shame to limit it under any circumstances and to deny anyone the positive benefits it brings.

Simple’sss the effort or demands we put on our visual system, that we just taken for granted whether, intermittent yet regular and/or, prolonged close-up “visually intensive work / exertion” has reached a critical point in our evolution from needing to be long-sighted outdoors to short sighted indoors. Our eyes are not, sort of, operationally disconnected or separated from any other muscles in the body as a specialist organ that some-how cannot be over-exposed to a stressor or not be strained when demand exceeds capacity and/or stamina to sustain optimal performance when subjected to intensive effort over time. (currently limited to… Read more »

It is extremely difficult to police this area of an employees life. Yes, a responsible employer should certainly encourage regular eye tests and as someone with sight issues I wholeheartedly support this as a cultural norm, what I don’t believe is that this falls explicitly under regulation. To my knowledge HSE recognise that in today’s multi-media world how an employer can determine whether damage to eyesight was work related or the countless hours an employee sat at home on a play station is impossible. There certainly should be a campaign employers can promote that warns employees of the risk and… Read more »