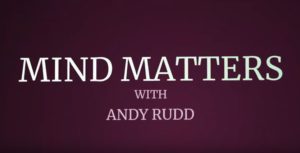 Over the next few weeks, SHP and The Healthy Work Company will be publishing a series of videos featuring people speaking candidly about their personal experiences with mental ill health.

In the first of the series, Mace’s Andy Rudd discusses his experience of suffering with PTSD (Post-Traumatic Stress Disorder).

In the video, Andy speaks about the effects on his day-to-day life, the perception of mental health in his workplace and how his employer responded to his difficulties.

It started, Andy told The Healthy Work Company’s Heather Beach, when “I was drinking a cup of tea, took a sip and my wife said I just went ‘ambulance’. I woke up 11 days later to find out that I’d been attended to by the ambulance service.

“My whole body, for whatever reason, and there’s never been a reason, shut itself down.”

Andy spent around two weeks in intensive care and was in hospital for around six weeks in total.

Following his discharge, Andy says he found it very hard to be close to his family and struggled with work.

“I was trying to find out if there was a reason I was still alive, or if I was meant to be dead. And I couldn’t balance. That merged in with a consultant who when asked, could it happen again, said ‘yes, of course it can, because we don’t actually know what it was’”.

Andy says there would be some days when he would feel invincible and would often cross roads without looking for traffic and then there would be other days where he could not get out of bed for fear of dying.

This went on for around nine months before Andy’s wife gave him an ultimatum.

“I wasn’t prepared to lose my children and her. So, I went back to see my doctor and said: ‘I’m not right, I know I’m not right’, and from that moment on I was referred for the therapy that I desperately needed.”

Andy’s work were aware of the problems he was having and they ‘kept an eye’ on him, sat him down and ensure he had all the help he needed.

“I can say that anyone who thinks that this therapy doesn’t work…. I can tell you it’s probably been one of the best things that I’ve ever gone through.”

Watch the interview in full, here:

As part of our online event Connect 2021, running from 1-30 June, the Workplace Wellbeing Conference will feature three, full days of in-depth presentations, panels & interviews with leading experts in workplace wellbeing. The conference is designed for anyone involved in wellbeing initiatives within their organisation as well as anyone looking to support their own wellbeing or the wellbeing of others.

Tickets to the conference are £120 + VAT, with 20% of the ticket price  donated to conference charity partner, Mind.

Always fascinating to realize the wide ranging manifestations of unresolved stress the mind and body can come-up with or present with in order to adapt or escape the stressor (fight-flight response) when ignored for whatever reason. Whether survivor guilt, post trauma physical or mental or a dripping tap type longitudinal stressor reaching the point of “adaptation exhaustion” manifesting in a dysfunction and/or health condition sufficiently debilitating to enforce an involuntary escape or sick-leave break from whatever stressor for R&R. Unfortunately, workplace exposure and controls or work exposure limits of cultural and/or environmental human factors are only just coming 2 the… Read more »