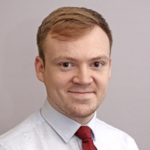 Industrial safety barrier manufacturer A-SAFE has commissioned survey highlighting the risks being taken in some warehouses and distribution centres, and the important safety measures that should be put in place to reduce them. 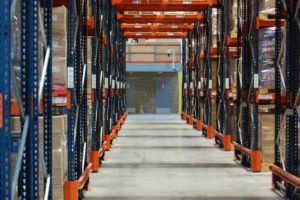 A recent study of over 2,000 manual and semi-skilled workers in the UK has found that 11% say they do not think the racking and storage areas in their workplace are safe, with one in four (42%) working in the transport and distribution sector believing their employer is putting profits before people.

A quarter of those surveyed say that, since the start of the pandemic, workplaces’ racking and storage areas have become busier and four in 10 workers say they do not have dedicated crossing routes in their workplace where vehicles operate.

A further 13% do not trust that their workplace has undergone the relevant independent testing of health and safety barriers to an industry recognised specification such as PAS13.

One in ten of those who took part in the survey, carried out by YouGov on behalf of A-SAFE, also said they feared for their safety every day at work.

Those surveyed included manual and semi-skilled workers, such as machine operators, fitters and drivers, were questioned. Further key findings included:

Analysis of the official RIDDOR data from the HSE shows that, on average, at least 136 workers have received fatal injuries in the workplace each year since 2016 with 70,000 receiving injuries. One in five of those deaths came from being struck by a moving vehicle.

It is feared that many non-fatal injuries go unreported by workplaces who choose not to notify the HSE of accidents and near misses under RIDDOR.

James Smith, Co-owner and Director of A-SAFE said: “I know that for some transport and distribution businesses health and safety becomes a chore with red tape, ticking boxes and endless bureaucracy. But when there are failures, the results can be catastrophic – lives can be changed and families devastated in an instant. it is time this hidden cost of going to work is highlighted, and that is what this survey and our campaign aims to do”.

The new campaign will show these risks and highlight one story in particular – that of Lisa Ramos, a mum-of-one who lost her leg after being struck by a forklift truck. A gritty and emotional short film, titled Amputee, follows the traumatic impact of limb loss on Lisa and her family, and shines a harsh spotlight on the hidden cost of workplace safety.

The safety barrier manufacturer is calling for stricter standards to be put in place to reduce injuries, protect workers and ensure that everyone who goes to work at the start of their shift is able to go home when it ends. A-SAFE is now calling for businesses to adhere to PAS 13 in workplaces. PAS 13 is guideline for organisations to follow which reduces the risk of collision accidents and ensures protection is fit for purpose and has been published by the British Standards Institution (BSI).

James Smith adds: “Our survey serves to encourage business leaders to make better decisions and improve legislation, and the findings indicate that more needs to be done to tackle some of the industry’s most pressing health and safety challenges. Ultimately, failure to include health and safety as a key business objective can have catastrophic results.

“We are launching our campaign, ‘The Hidden Cost of Workplace Safety’, to help raise awareness of the issue and increase standards in the workplace. As industry experts, we support organisations of all sizes to find the best ways to lead and promote health and safety, and therefore meet their legal obligations.”

To watch the full Amputee film and find information on the ‘The Hidden Cost of Workplace Safety’ campaign, click here.

This article was originally published on SHD Logistics.