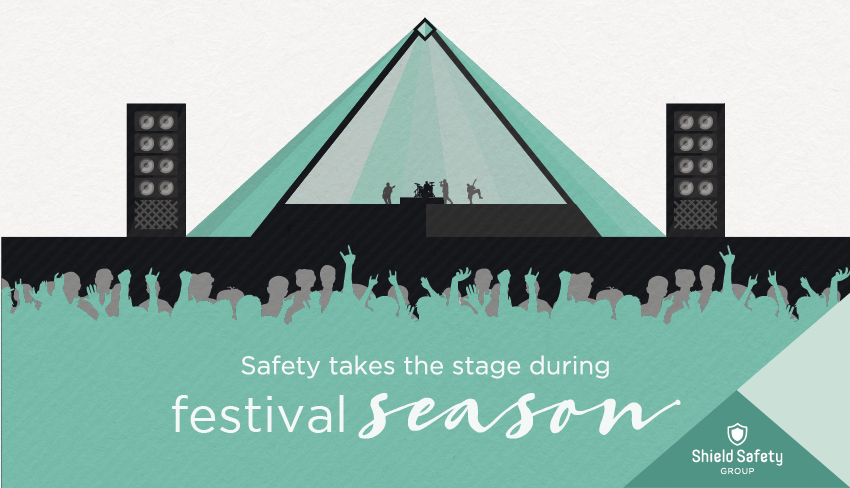 Festivals are a staple of summer entertainment for thousands of music fans each year, as they pack up their tents and don their wellies at various locations nationwide.

While most events go smoothly, a considerable amount of safety issues occurring recently have put festivals in the spotlight, this time for the wrong reasons. 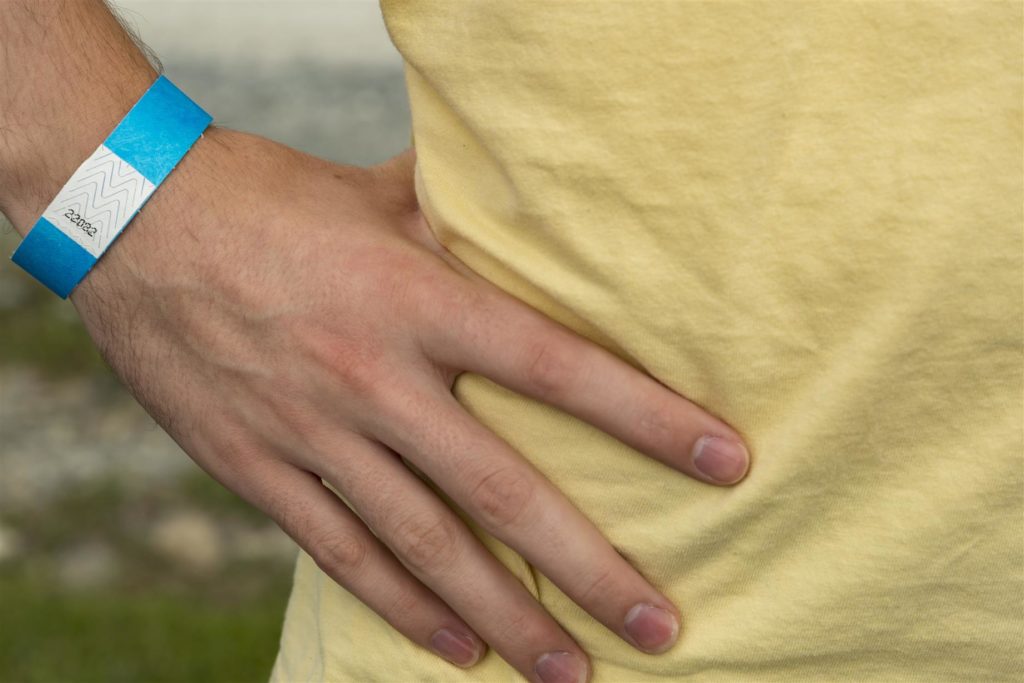 The wristband has become a veteran of a festival line up, from the small and local casual affair to the legendary week-long celebrations. The ever popular Buzzfeed highlighted just how precious these little bits of material can be, encouraging people to keep their wristbands on long after the music stops as a memento.

However, those festival goers showing solidarity by keeping the bands on after the fun is over are in fact, albeit unknowingly, carrying round a huge amount of bacteria. A study conducted by the University of Surrey on wristbands from events as far back as 2013 revealed that they were ‘a breeding ground for bacteria’ with a concentration of around 9,000 micrococci and 2,000 staphylococci bacteria on them, as reported in the Huffington Post.

In a statement, Dr Cottell who led the study explained: “A rough ballpark figure would be that the amount of bacteria that grew on wristbands was about 20 times higher than you would expect to find on the sleeve of a piece of clothing that would be regularly laundered.”

Where are those scissors?

Blame it on the weatherman 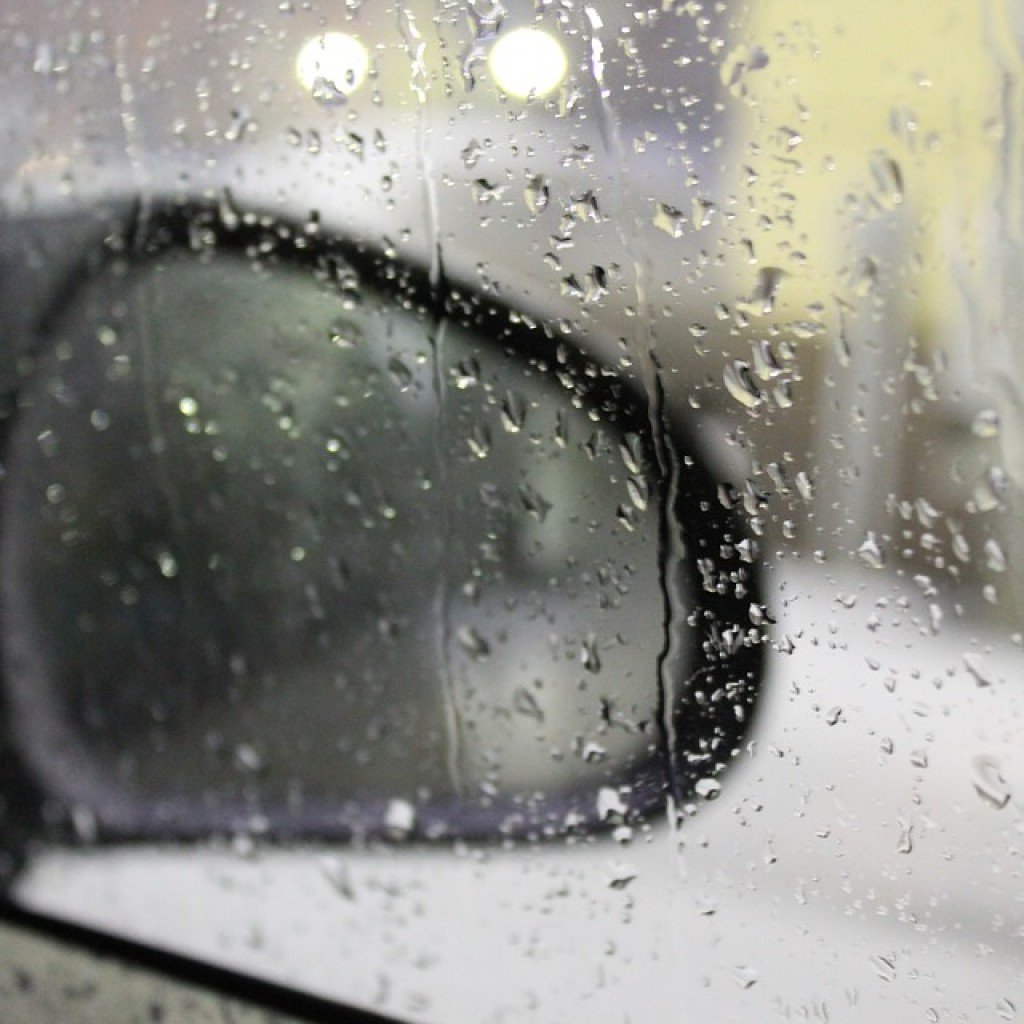 Mysterious singer Sia was delayed from her performance at last year’s V Festival as a result of high winds, causing a ‘huge setpiece’ to be a danger. The singer herself acknowledged the risk that a piece of her elaborate stage posed by tweeting ‘We would hate to crush anybody so couldn’t risk it toppling over!’

“Chandelier” fans were not disappointed when she eventually was able to perform, despite Mother Nature’s best attempt.

Just this weekend, Y Not Festival also suffered at the hands of the elements as organisers Ground Control had to cancel the event on the last day due to safety concerns. Reported heavy rain and wind on the Friday night not only turned the site into a mudbath but also meant that popular headliners were unable to play, including The Vaccines. Attendees have been left more than disappointed and are now demanding refunds. John Drape, managing director of Ground Control, has emphasised that despite the 80 tonnes of woodchip, the decision to cancel was unavoidable:

‘We have meetings every six hours to discuss things like weather conditions and ground conditions,’ he said. ‘On Saturday night, it became increasingly clear conditions were deteriorating and at midnight there was not one agency which felt it was safe to continue.’

It is no secret that health & safety has previously been made the scapegoat taking the blame for an array of situations – just take a look at the HSE’s Top 10 worst health and safety myths. On this occasion, it was in fact rightfully cited. Shield Safety Senior EHP, Matt Crouchley, reiterates the organiser’s statement:

‘A major part of event planning is contingency planning in the event of a site evacuation. Many festivals have to be cancelled prior to or during the event on the whole due to inclement weather and it is the responsibility of the organiser to monitor this throughout the event. Cancelling an event wouldn’t come lightly and a decision would be made in conjunction with relevant authorities due to the scale of cancellation and getting people off site. Normally, with inclement weather it would be necessary to firstly remove the people off site then look at how to remove traders as they are likely to be stuck in the mud!’ 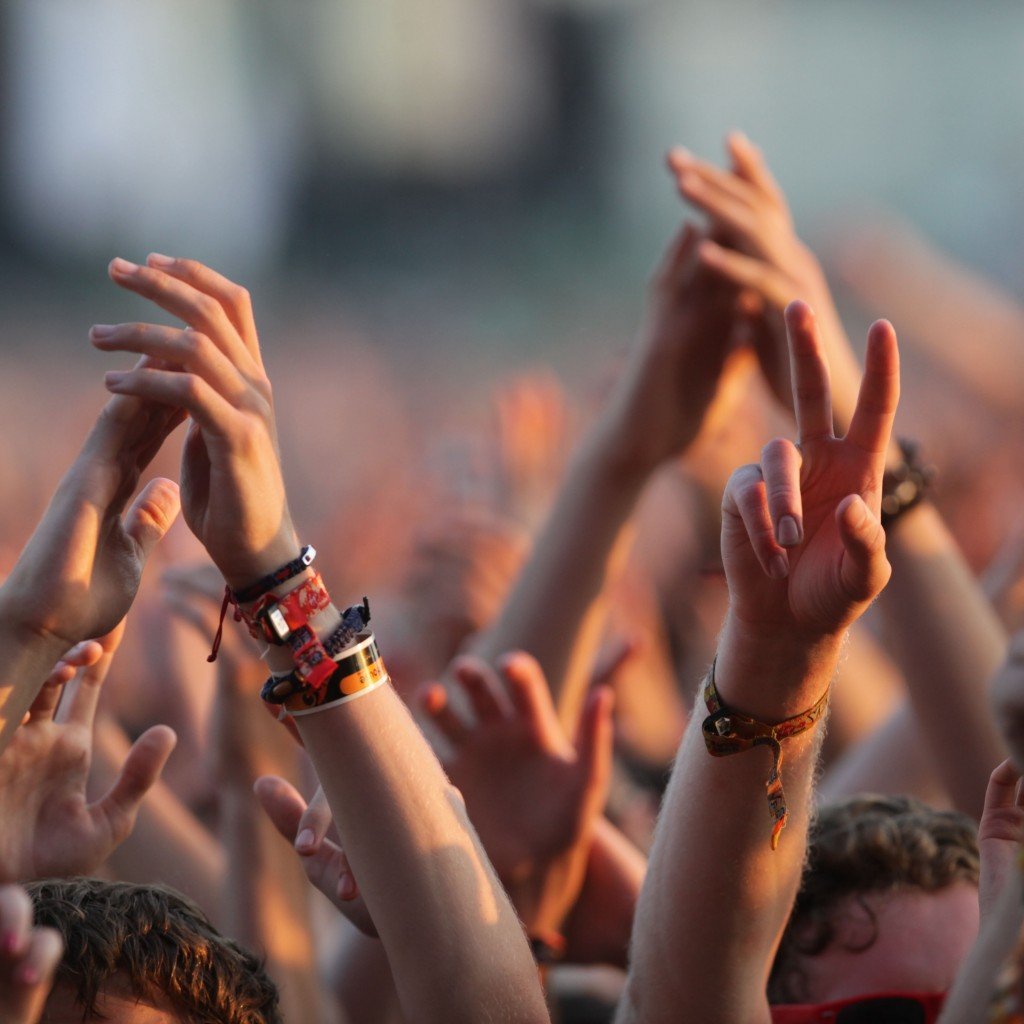 There is a darker side of festival fun, with severe public health and safety implications, as was shown in the numerous drug-related deaths during the 2016 season.

The August Bank Holiday weekend, which typically signals the end of the festival season, brought news of a double heartbreak last year with the passing of two attendees at Leeds Festival and Creamfields.

Whilst enjoying the weekend in Leeds that The Guardian describes as a ‘rite of passage’ for post GCSE and A-Level students, 17 year-old Lewis Haunch was rushed to hospital by ambulance from the event and passed away on the Saturday night. The teenager, described as innocent and kind, is thought to have collapsed immediately after taking an illegal substance.

Just the night before, 26-year-old married dad Joe Sheppard is reported to have suffered breathing difficulties whilst in his tent at Creamfields on the Friday of the event. Tragically he passed away, despite the best efforts of paramedics, with post mortem results concluding that drug toxicity was the cause.

18-year-old Olivia ‘Livvy’ Christopher from Chesham, Buckinghamshire, was found unconscious in her tent during Boomtown festival on 15th August last year after taking what has been described as a ‘lethal drugs cocktail’. The teenager is the fourth person to die at the festival – which has previously been described as ‘controversial’ by some outlets – despite the £80,000 worth of substances that were seized during the event.

The last day of the festival, and the same day of Livvy’s passing, also saw a car park blaze break out destroying 80 cars It is thought that this was most likely caused by a discarded cigarette on an area that was wrongly identified as grass, but was in fact stubble, something an up-to-date risk assessment should have picked up. Due to the events of the summer event, Boom Town organisers decided not to hold their Winter Event last year. After this brief hiatus of other events, festival organisers are holding Boomtown 2017 as normal this month – with greater onsite security and working closely with the Hampshire Constabulary. 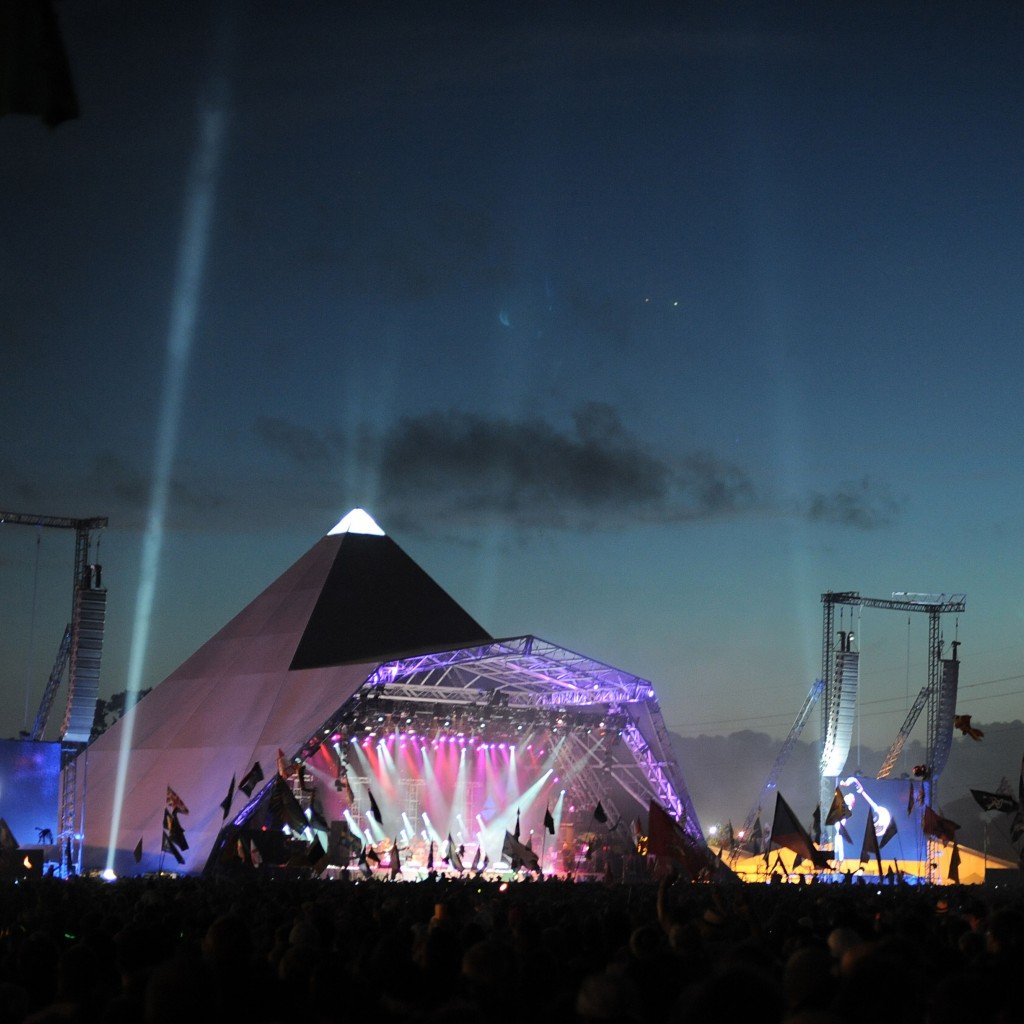 Most festivals, including Leeds Festival, have detailed pages on their websites emphasising that safety is of primary concern to the organisers and that illegal substances will not be tolerated. Despite this, evidence shows that many choose to ignore this advice – with some devastating repercussions.

In addition to the heightened security and policing, the team behind Boomtown have ramped up their drugs policy with extensive information on the side-effects and dangers of drug use plus an array of educational services. One of the services they are going to offer will include drug testing with 1-2-1 consultations. Kendal Calling and Secret Garden Party were some of the first public events to introduce drugs testing tents last year in a bid to ensure people’s safety.

The tents are run by not-for-profit Community Interest Company, The Loop. With their motto ‘Crush Dab Wait Save Lives’ motto, the organisation – alongside welfare company Chill – have cared for hundreds of festival goers at music events. Chris Brady, weekend volunteer for The Loop, says ‘We’re very realistic that people do take drugs, and what we want is to keep people safe,’ Brady says. ‘We don’t want any mothers getting a call at 4 in the morning, saying that their son or daughter is ill, or even worse.’

Following the pilot, Royal Society for Public Health (RSPH) have advocated this approach encouraging other festival organisers to adopt the same and suggest it should become a standard feature of city centre club scenes. ‘The rise in drug-related deaths at music festivals and night clubs is a growing problem for policy makers, health authorities and events companies alike.’ explains Shirley Crammer CBE, Chief Executive, RSPH, so collaborative action is needed. The number of deaths relating to ecstasy in England and Wales has risen from 10 in 2010 and 57 in 2015, stark facts that cannot be ignored. As a result, as total of eight festivals this year plan to adopt the same approach this summer.

All we can hope is that lessons learnt will mean that measures at future festivals are in place, and festival goers can enjoy the best time of year, safely.

Coming from a family with a long tradition of festival going I thought I would find the article interesting and informative however….just a few points/observations. I think it is fairly obvious that wristbands will be a source of bacteria when they have been worn for a long time but interesting to see that this has been scientifically proven, it is just a shame that the picture isn’t really representative of the wristbands that you get at festivals…. Now I am rusty on my events safety guides but wasn’t HSG 195 withdrawn in 2014 and replaced by the ‘Purple Guide’ produced… Read more »