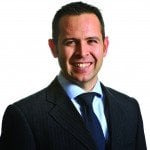 ‘Paul’s entire legal career has been spent at Eversheds Sutherland where he works as a Partner and Solicitor Advocate. Previously a criminal law academic and owner of a contracting company, Paul can empathise with the challenges facing employers. Specialising in corporate criminal defence; his experience covers health and safety, environmental, road traffic and education disciplines. He regularly defends proceedings brought by the HSE, EA, Local Authorities and the ORR. Recent experience includes acting for a contractor following a traffic death; advising a brick company following a machine trap resulting in paralysation; performing a compliance audit at various utility companies; acting for 2 ports in different inquests; acting for a distributor following radiation exposure at a warehouse; representing a manufacturer following a death on a conveyor and acting for a university following an explosion. Paul conducts his own advocacy whenever possible. He has written numerous articles for major trade publications and national newspapers. Paul leads the Health and Safety Training team which educates Eversheds’ clients on regulatory matters. He holds a Post Graduate Certificate in Education and was awarded the Lincolnshire Award of Merit in Education for outstanding contribution to that sector in his previous career as a lecturer. Paul is also a trustee of volunteer cancer charity ‘Team Verrico’.
December 17, 2018

Eversheds Sutherland EHS Partner and Solicitor-Advocate Paul Verrico returns in to consider the ‘steps taken voluntarily to remedy a problem’ and whether a company’s reputation assists it in demonstrating a good health and safety record.

Read the first part of this article here. 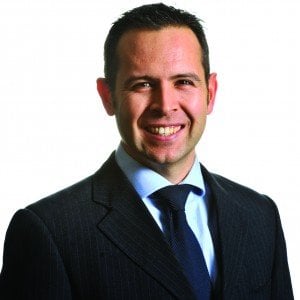 One of the places where a defendant can potentially influence the size of a fine imposed is to demonstrate that appropriate measures have been taken post incident to stop the same thing happening again. If therefore seemed appropriate to ask the panel:

What have you seen as the best mitigation under the heading in the guideline of ‘steps taken voluntarily to remedy a problem’?

“This is a tricky area. Prosecutors regularly rely on steps taken after an accident as assumed proof of the fact that the same steps should have been taken before the accident. Many corporations conduct extensive reviews post-accident and put in place steps that are not necessary and are unrelated to the underlying cause of the accident so as to be seen to be reacting to the accident. I regard this as an error. The explanation to a jury or a judge that these superfluous steps should only be seen in the context of the accident is often disregarded. If the steps are not required why bother with them? The best mitigation for voluntary steps is to address obvious accident related problems before any notice is served, if that is possible. Another means is to engage the views of a trade body and to engage in a wider debate as to what the industry should be doing.”

“I recall a recent case in which I acted for an energy company following an incident on-site. The company had always liaised effectively with the regulator and did so immediately after the incident, introducing a range of additional measures/system changes in order to eliminate the risk of recurrence. This proved to have been a wise course, since I was then able to persuade a District Judge to deal with the case at his level (contrary to the prosecution argument that the case should be transferred to the Crown Court) and to impose a fine which was approximately 50% of the figure which I had advised was likely!”

“Sometimes it can be pretty obvious – replace some equipment, improve traffic routes, add protective measures. Nor does it follow that identifying improvements that can be made before the HSE has finished its investigation is evidence in itself of a prior breach (it will depend upon the facts). For me, examples that speak to an organisation’s culture might include communicating about what happened with all staff, championing an issue within that particular industry or to a trade body, introducing new or renewed training and – critically – better monitoring. Too many organisations are not good enough at record keeping about these things, whether in minutes or registers or online. Too often time is spent communicating about the wrong things and emails provide a rich source of evidence which dilutes the very conduct the organisation wishes to rely on in mitigation.”

“Where there is that combination, there can be greater traction especially in the consideration of the less significant breaches that may be capable of being managed without the need for prosecution or other enforcement action. In those cases, the need for such action may be unnecessary, e.g. where there a are no lessons to be learned or the breach is not such that a message needs to be sent out. Therefore, having relevant records and material readily available and updated to demonstrate such good working practices at the inception of an investigation can have a positive knock effect for the future approach of the investigator and the attitude to any potential prosecution (and of course future prosecutions). Even in those cases where there is a prosecution this may impact on the attitude taken to any pleas, bases of plea, mitigation and subsequent positioning within the sentencing guidelines. The financial implications can therefore be significant.

“Similar considerations apply where significant steps are taken to remediate a failing, especially where that is undertaken voluntarily. The best examples are where a company has taken steps to not only improve its own safety but is active within the industry to improve safety standards or taken action beyond what is required. That is all the more so where the efforts are not mere reaction to an identified failing.”

“Depending on the facts, in most cases the earlier that voluntary steps are taken (and evidenced) in the aftermath of an Incident – particularly if undertaken before any prompting or direction by the Regulators – the more powerful the influence on the Sentencing Judge

“The best outcomes involve a wholesale reappraisal of all practices and procedures including training, retraining and amendments where necessary. Involving the shop floor so to speak and any representatives as well as any necessary outside expertise can also go a long way. This is best undertaken ahead of, or in conjunction with any notices which may be served. It is more difficult to do so ahead of a Prohibition Notice for example. Further, disclosing the time and money spent on such steps can add to the force of mitigation in this regard.

“In my view, demonstrating that a risk(s) has been identified and steps taken to deal with it shows that thought has gone into health and safety. Needless to say, certain industries are more heavily regulated than others, and dedicated teams in the large or very large organisations tend to keep on top, though as is often expressed: accidents can happen even in the very best run homes.”

How does a company’s reputation assist it in demonstrating a good health and safety record? 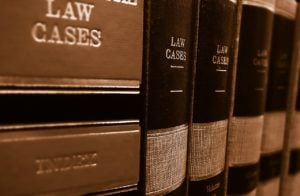 “Reputation is important, and even with the most respected organisations enforcement is inevitable. The human face, human factors, and the concatenation of circumstances applicable, are sometimes such as to make the task of maintaining reputation difficult, but the ‘good corporate citizen’ character can still be maintained.”

“I am not sure that ‘reputation’ in itself helps to demonstrate a good health and safety record, though it may assist the company in obtaining testimonials from customers and others which can be used to some purpose in litigation.”

“In a sense these two aspects are mutually related. The reputation for mitigation purposes is forged on a good safety record. This is demonstrated not only the quality of the RAMS/SOPS and paperwork but awards from ROSPA and industry. Increasingly an ability to demonstrate a good relationship with the community by charity works and support of local initiatives appears to find significant favour with local courts.”

“A ‘good’ safety and general corporate governance record capable of being evidenced and put into some sort of context with regard to the norm in the sector – for example lost time injuries in the construction sector. Further, the safety and management improvements made across the entire organisation – and not just the specific activity sphere in which the incident occurred.”

“Previous and current awards play a part as does other general mitigation.”

“I don’t really think it does. It would certainly not be safe to assume a Judge will accept a good health and safety record simply on the basis of reputation and impression. I always advise seeking to demonstrate a good health and safety record objectively. This can be done by reference to, for example, safety related awards and statistics such as lost time incidents, RIDDOR reports, near miss reports. Where possible these should ideally be presented favourably in the context of industry averages. Presentationally, this aspect of mitigation should flow naturally after establishing a good system for the management of health and safety generally.

“What does the practitioner learn from this extensive consideration of the appropriate way to express contrition in the Sentencing exercise? It is wise to reflect on the quote with which this article opens – when apologising, it is important not to try and excuse any failures. An organisation is judged not by any stellar reputation it may have held before an incident but rather by the human response it makes to accepting responsibility, dealing properly with victims and taking appropriate steps to ensure that a similar event will not happen again. Talking to industry bodies and working to improve safety performance across a wider spectrum are encouraged by our panel. In all instances, it is important to find specialised, experienced lawyers to help you navigate the post incident landscape to protect your brand and minimise financial exposure whilst always doing the right thing by your people. A difficult balancing act…”

Get your free copy now
Maximising your mitigation, part 2 Eversheds Sutherland EHS Partner and Solicitor-Advocate Paul Verrico returns in to consider the ‘steps taken voluntarily to remedy a problem’ and whether a company’s reputation assists it in demonstrating a good health and safety record.
Paul Verrico
SHP - Health and Safety News, Legislation, PPE, CPD and Resources