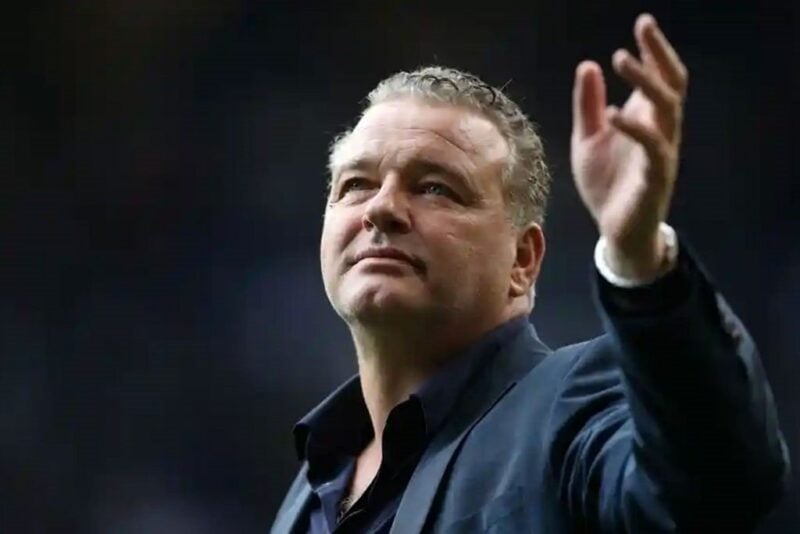 The programme emerged after worrying research revealed that a third (32%) of parents are unsure whether their child’s sports coaches have undertaken safeguarding training.

The study, which was commissioned by the training provider, questioned 1,000 parents of children attending grassroots sports clubs about their experiences and knowledge of safeguarding at their club.

With reports indicating that between 40-50% of athletes have experienced some form of abuse, and many high-profile sporting figures speaking out, the new safeguarding course brings a wave of hope to those most passionate about protecting children taking part in sports.

Paul Stewart, who has been open about his own experiences of abuse in sports as a child, was one of the first players to come forward in 2016 with details of historical abuse at the hands of a youth team coach.

Paul comments: “I am delighted that, by working with safeguarding and training experts, I have been able to produce something which can make such a positive impact on an issue that is personal to my life.

“By developing this course, I am determined to turn what was such an upsetting childhood experience into something positive for children in sport.”

Concerningly, one in ten (10%) parents stated that they’re unsure whether they’d be confident in identifying the signs of abuse, be that physical, sexual, or emotional, in a child. Given that 86% of children participate in sport, these numbers are stark.

This is also documented in the recent Truth Project Thematic Report on Child Sexual Abuse in Sports, which stated that ‘adults failed to respond appropriately to behavioural changes or other indicators of concern in children, even when these were very apparent.’

Further research by the NSPCC also highlighted the lack of parental knowledge when it comes to safeguarding in sports, with 20% of parents whose children attend sports and leisure clubs admitting that they wouldn’t know who to speak to if they had any worries about a child’s welfare at the club.

An alarming number of parents surveyed admitted that they had not had the safeguarding policies and procedures around the following topics explained to them: 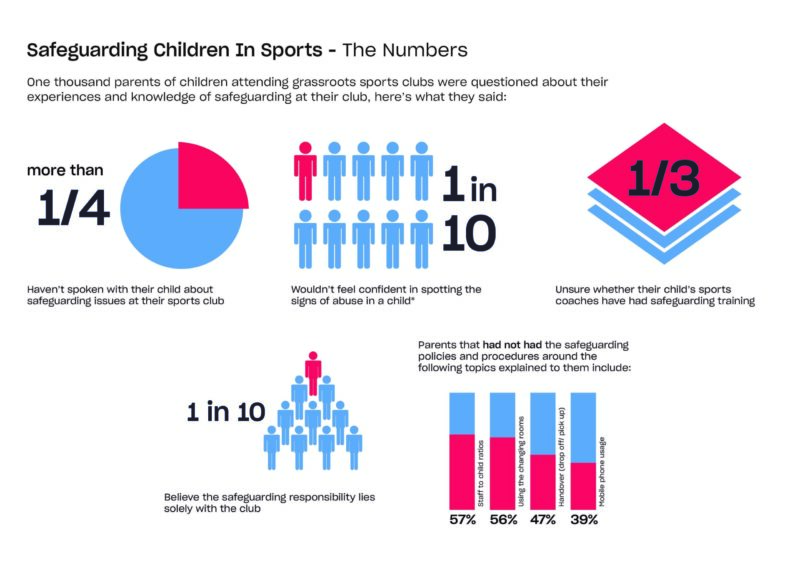 The new course, which is backed by sporting icons such as Gary Lineker, rugby league giant Kevin Sinfield, former England and British Lions great Brian Moore, Olympic medallist Marilyn Okoro and Ryder Cup golfer Ian Poulter, provides sports coaches, parents and volunteers with the tools to be able to confidently identify and prevent abusive behaviours in grassroots sports, as well as understanding and implementing the recommended safeguarding procedures around the above points.

Speaking of the course, Gary Lineker OBE said: “It’s thanks to the work that grassroots sports clubs do that children have the opportunity to play sport. This course is designed so that coaches can get on with what they do best, safe in the knowledge that their safeguarding procedures are robust and up to date. Unfortunately, history tells us that things can go wrong, so club leaders need to ensure that they put measures in place to prevent any abuse taking place.”

Richard Anderson, head of content production at High Speed Training comments: “Our research shows that more needs to be done to ensure that parents and coaches are both able to identify signs of abuse and mistreatment and report it appropriately, and prevent any form of abuse happening at their sports club.

“With a third of parents unsure whether their child’s sports coaches have undertaken safeguarding training, we hope that our research will encourage people to initiate these important conversations and encourage enrolment on the course to protect our young aspiring athletes.”

To find out more about the study, click here.