Is safety broken, asked panelists in Safety and Health Expo’s opening debate. Or is it simply a matter of terminology? 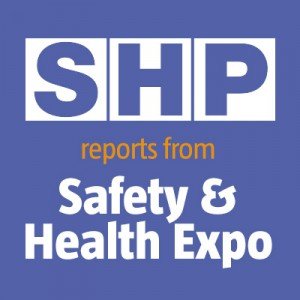 “Safety’s in a bit of a crisis at the moment,” HSE director at Laing O’Rourke, John Green. “The notions that have taken us to where we are, they’re actually standing in the way of further progress.”

Clearly not everything had been a ‘waste of time’, he stressed, as could be seen from tumbling rates of accidents and incidents. “But is safety broken? I’d say it is.”

When it came to the question of why safety was perceived in a negative way, part of the problem was definition, he told delegates.

“If you substitute a difficult question – ‘what is safety, and how do you measure it?’ – with an easy one, ‘how many accidents?’, then that can be a trap. I think we think that the system, of itself, is safe, and if people just follow the system we’ll be fine.”

Around 90% of accidents were caused by human beings, which meant variability had come to be seen as a threat. “It’s a compliance-driven culture, and through all of that we try to work out how we can change people.”

An alternative view, however, was that the system was not safe, he stated. “It can’t be about the absence of something. Accidents happen when resources are insufficient to meet demand.”

The upside of variability was innovation, he said. “Only people can adapt, and they’re involved in creating success far more often than failure.”

The question therefore was not how to change people but how to support them to adapt. “Our view is that people are the solution. We believe that safety is about the positive.”

A monster of bureaucracy?

“I think we’ve created a monster of bureaucracy around safety,” he continued. “That does nothing for the people on the frontline.”

Laing O’Rourke made a real attempt to streamline while remaining compliant, he said, and believed that safety was about giving people the opportunity to contribute to success. “So if you think safety is an ethical responsibility, then I would say that safety is broken.”

“But what does broken mean?” said partner at Clyde and Co, Rod Hunt. “We’ve got one of the best health and safety records in the world, fewer prosecutions and no major public disasters. So is it broken or just a constantly evolving concept?”

Society was rapidly changing, which meant that businesses had to constantly review their arrangements to engage with the workforce, he said, and the law was regularly introducing new legislation and duties on businesses. On those occasions that health and safety did break down it was because organisations did not have a full understanding of their legal duties and responsibilities, he argued, or the appropriate arrangements.

“We often see large businesses with comprehensive systems in place, but they’re not properly implemented or regularly reviewed.”

The new guidelines identified levels of culpability – from very high to none – but there had been cases where prosecutors had ‘over-egged the pudding’ when it came to culpability, he said.

“I think the courts have been embarrassed into acting in the same way as the financial regulators, and by tabloid headlines.”

“I personally think we’re doing OK,” said director of health, safety and wellbeing at Tideway, Steve Hails. “It is hard to argue against John’s case, but I think it’s a question of terminology. I think we’re evolving – there’s some great stuff going on out there. But it can often feel like we’re falling into a situation of just ticking boxes.

“I do think we’re moving in the right direction, but as practitioners we have a responsibility to start thinking differently and innovatively.”

It was also vital to collaborate more, he stressed – “I know that’s a cliché” –which applied to clients and contractors alike, and to foster better worker engagement.

“We know the best ideas come from our workers, but we continue to sit in our ivory towers and boardrooms. I think we’re on the right track but I do feel we’ve slowed down, and fallen into the trap of doing more of the same but expecting different outcomes.

“In 20 years I’ve seen the amount of paperwork more than double, and you have to question why that is,” he continued. “Any HSE inspector will tell you that you’ll be in more trouble if you have a 70-page document sitting on your shelf, never read, than something that’s useful.”

Method statements and risk assessments needed to be “understandable and implementable on the ground”, said Rod Hunt. “The difference comes down to being able to demonstrate that a workforce has trained its organisation on them, and is monitoring them.”

On the final issue of how to bring ‘one-man bands’ and sole traders on board, it was about involving – and empowering – the supply chain, said John Green. “What it comes down to is treat others as we want to be treated ourselves.”