Jamie Hailstone is a freelance journalist and author, who has also contributed to numerous national business titles including Utility Week, the Municipal Journal, Environment Journal and consumer titles such as Classic Rock.
March 28, 2019

Campaigners have hailed a decision by the EU to introduce vehicle speed limiters as a ‘landmark day for safety’. 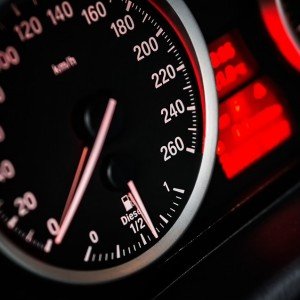 New cars, vans, lorries and buses sold in Europe will be fitted as standard with a range of safety features from 2022 onwards, following a provisional deal agreed by the EU earlier this week.

The mandatory measures will include Intelligent Speed Assistance (ISA) limiters, which work with traffic-sign recognition cameras as well as GPS data to detect the speed limit on the road and then automatically reduce the speed the car is travelling if necessary.

Other new measures will include the mandatory installation of driver assistance systems including Automated Emergency Braking (AEB) with pedestrian and cyclist detection, as well as a new direct vision standard for lorries and buses to enable drivers to have a better view of other road users around their vehicle.

The European Commission believes that the proposed measures will help save over 25,000 lives and avoid at least 140,000 serious injuries by 2038.

“With the new advanced safety features that will become mandatory, we can have the same kind of impact as when the safety belts were first introduced,” said EU Commissioner Elżbieta Bieńkowska.

“Many of the new features already exist, in particular in high–end vehicles. Now we raise the safety level across the board, and pave the way for connected and automated mobility of the future.”

The Department for Transport (DfT) said the new rules would apply in the UK, despite Brexit.

The director of campaigns for the British charity Brake, Joshua Harris said it was a “landmark day for road safety”.

“These measures will provide the biggest leap forward for road safety this century, perhaps even since the introduction of the seat belt,” said Mr Harris.

“These lifesaving measures come at a vital time, with road safety in a concerning period of stagnation with more than 70 people still being killed or seriously injured on British roads every day.

“The Government must commit to adopting these lifesaving regulations, no matter what happens with Brexit, with a recent Brake and Direct Line report finding that nine in 10 UK drivers wanted car safety standards in the UK to remain at least as high as those in the EU, post-Brexit.”

The Acting Head of Road Safety at RoSPA, Nick Lloyd commented: “The faster you go the longer it takes to stop, and the more severe the injuries sustained. Speed continues to be a major crash factor and measures to limit vehicles so they can’t exceed speed limits are to be welcomed. However, they will not solve the problem of inappropriate speed for the conditions, and enforcement and driver training will also remain important.”

In a statement, a spokesman for the DfT said: “We continuously work with partners across the globe to improve the safety standards of all vehicles. These interventions are expected to deliver a step-change in road safety across Europe, including the UK.

“Intelligent Speed Assistance systems are expected to give drivers feedback when the speed limit is exceeded rather than limiting the speed, much like satellite navigation does now.”