Jamie Hailstone is a freelance journalist and author, who has also contributed to numerous national business titles including Utility Week, the Municipal Journal, Environment Journal and consumer titles such as Classic Rock.
March 13, 2019

Government’s approach to road safety to be examined

A group of MPs are to investigate the Government’s approach to road safety, following concerns that progress has levelled off in recent years. 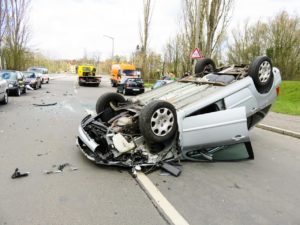 According to the transport select committee, there has been no reduction in the number of fatal road accidents in the last five years, despite a 40% drop between 2007 and 2012.

The parliamentary committee has now launched an inquiry to examine the effectiveness of the Government’s current approach to road safety.

It will also look at what interventions would be most effective at reducing the number and severity of road traffic accidents and how they could be implemented.

“While there are far fewer fatalities than there were in 2007, that figure is still too high, and hasn’t fallen at all in the last five years.”

“We want to know what you think,” she added. “Tell us how to make our roads safer. This could be anything from the use of technology to make cars safer, to road safety around schools.”

Last month, a survey commissioned highways maintenance company Amey found 59% of road users acknowledged that they are not as safety-conscious as they should be when negotiating roadworks, while almost three quarters (74%) admitted to exceeding speed limits set to protect those working at these sites.

“Progress on reducing road casualties has stalled in recent years and it is clear we should be looking at ways to make our roads safer for drivers and all road users,” said Mr Williams.

“Our research has shown worrying trends emerging such as more drivers using handheld mobile phones at the wheel and a sharp increase in those who self-report drink driving, while many are becoming increasingly concerned by the standard of driving by others at the wheel. We hope this inquiry brings a renewed focus on safety and new ideas to make everyone using our roads safer.”