Adam Bannister is Editor of IFSEC Global. A former managing editor at Dynamis Online Media Group, he has been at the helm of the UK's leading fire and security publication since 2014.
May 10, 2019

Government backs down on refusal to foot £200m cladding bill 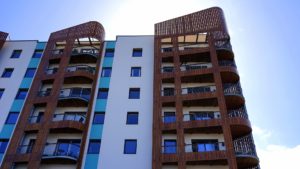 Until now the government has insisted that freeholders – not the taxpayer – shhould meet the costs of replacing ACM cladding, which is blamed for accelerating the spread of fire across the exterior of Grenfell Tower in the blaze that killed 71 people in June 2017.

However, nearly two years on since the tragedy, 166 of 176 private residential buildings found to have ACM cladding – 97% of the total – are yet to undergo any remedial work if this nature, according to the latest government figures.

Many freeholders have tried to make leaseholders foot the bill – with leaseholders reporting charges of up to £80,000 each.

“No developer was taking responsibility, no freeholder, we didn’t have any option legally or any option with insurance,” said Rachel Loudain, from the UK Cladding Action Group, a coalition of private leaseholders.

The news was welcomed by one of the fire industry’s most prominent voices in urging reforms of building regulations.

“At least this funding will give affected individuals some certainty about the safety and value of their homes. Following the success of the Inside Housing #EndOurCladdingScandal campaign, we will continue to call for the use of sprinklers, third-party certification and a ban on single staircases as the sole means of escape in tall buildings.”

Inside Housing launched the #EndOurCladdingScandal campaign, which called for the removal of ACM cladding from private residential tower blocks, in April, winning backing from Mayor of London Sadiq Khan and housing charity Shelter.

Explaining his change of heart on the issue, housing Secretary James Brokenshire said: “What has been striking to me over recent weeks,” he said, “is just the time it is taking and my concern over the leaseholders themselves – that anxiety, that stress, that strain, and seeing that we are getting on and making these buildings safe.”

Mr Brokenshire praised some building owners and developers for doing “the right thing”. Those taking on the full costs of replacing cladding on their buildings include Pemberstone, Aberdeen Asset Management, Barratt Developments, Fraser Properties, Legal & General, Mace and Peabody.

Grenfell United, a group of survivors and the bereaved, welcomed the announcement. “This result is a testament to residents themselves. The truth is we should never have had to fight for it,” the group said.

It urged the government to now provide financial support to residents who are conducting night watches while they wait for cladding replacement to begin.

And the UK Cladding Action Group, while also welcoming the announcement, said the measure still didn’t cover blocks with other forms of unsafe cladding. “Fire does not distinguish between the different types of failed cladding out there,” said the group. “This inadequate response will be looked back on in shame when the next Grenfell tragedy occurs,” Shadow housing secretary John Healey said the government’s had been “Too weak and too slow to act at every stage and on every front.”

Owners of private buildings will have to take “reasonable steps” to recover costs from those responsible for the cladding in order to claim the funds, for which they have a three-month window.