Jamie Hailstone is a freelance journalist and author, who has also contributed to numerous national business titles including Utility Week, the Municipal Journal, Environment Journal and consumer titles such as Classic Rock.
September 7, 2018

‘Mental health in the NHS is reaching a tipping point’: In conversation with Dr Zain Sikafi, Co-Founder of Mynurva

The issue of mental health amongst doctors hit the headlines earlier this week, after one senior figure claimed it is the ‘last taboo in the NHS’.

Following the programme’s broadcast, SHP spoke to former GP Dr Zain Sikafi, who has now launched an online therapy service Mynurva, about the impact mental health is having on the medical profession and on the public at large.

There’s been a lot of talk in the press this week about mental health amongst doctors and GPs. As a former GP yourself, how big is the issue? 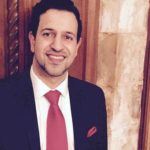 Dr Zain Sikafi (ZS): “It’s a big issue in the general population, as well as in the medical profession. I still do clinics and I am always taken aback by the waiting times that patients have to wait for therapy and the increasing workload GPs are under. When patients are waiting, they are coming back to see their GPs. It might have been a two or three month wait. We’re talking ordinary, working people who were feeling stressed and they are regularly coming back to the GP to touch base. Some services are not even available in some boroughs. For example, relationship therapy services were not available in some of the boroughs I have worked in. So, if couples are having problems at home, they have no one in the NHS to speak to.

“It’s clear it’s a growing issue in terms of GPs workload, but in terms of doctors themselves, I think mental health is reaching a tipping point. People are afraid of their records being stored. It’s more pertinent for doctors, because they are worried about how they might be judged.

“When I first came up with the idea for Mynurva and tested it out, and we found one of the biggest things our users wanted was for this service to be totally confidential. No matter what your profession, people do not what their employer or their spouse to know. We could not build an app, because no one wanted to download onto their phone. We couldn’t go to corporations, because only 20% of wellbeing programmes are utilised for this reason.

“So, we have built a service where you are sent a link by email. That link is only open during for the duration of the consultation. It opens up your browser to a live video consultation. It’s more pertinent for doctors and dentists, because they are afraid of the implications for their career. What was really important about that Victoria Derbyshire programme was it could be anybody. Doctors are under incredible pressure and under incredible risk. I think this is something that is very important and we wanted to make this service as assessible as possible.”

How important is it to break down the stigma around mental health? 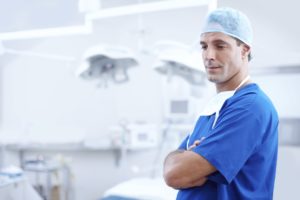 ZS: “I stepped out of the mill of being a GP because I knew this problem needed something totally different. It could only be solved by someone like me taking that risk and trying to create something that address these problems. The NHS is a huge organisation and it does fantastic things, but to be able to transform the delivery of mental health services, you have to follow a different path. We are doing this with far less resources than the NHS, but it’s not about resources. We are trying to do something transformational, so we adopted the start-up mentality.”

What are the benefits of an online therapy model?

ZS: “Some online therapy methods are text-based. Often when people hear about online therapy that’s what they are talking. You got to actually see and speak to a therapist with Mynurva. Because we are an online platform we are able to match resource to demand. If Mynurva was to offer an appointment to someone in Harrow, the therapist could be based anywhere. From a logistical perspective, we are able to be everywhere and we are not restricted by being in one space. The patient does not have to travel. There are no queues. They can choose a time which is suitable for them. It’s really straight forward and goes back to basics. People can choose what time suits them and they can see the same therapist whenever they like.”

ZS: “Absolutely. We built this service on what we have learnt from the people who have used it. Right now, if you wanted to see someone on the NHS after 5pm, you would have to be suicidal. It would have to be a serious psychiatric emergency and this is the kind of challenge we are seeking to address.”

We talked about the stigma around mental health earlier on. Do you think people are more prepared to seek help and talk to people now?

ZS: “Again, being a technology-based company, we have a significant social media following and that enables us not just to understand our users better and engage with them. We can listen to them. We know from our followers on social media and users that people are more willing to talk about it and seek help, however there is still a barrier. You mentioned high-performing people. Is the reason they might be having fights with their spouse or arguments with their children, the stress that they have at work? Therapy and counselling have a huge part to play in helping us deal with these problems. There is a long way to go, but there has been a change.”

Listen now!
‘Mental health in the NHS is reaching a tipping point’: In conversation with Dr Zain Sikafi, Co-Founder of Mynurva The issue of mental health amongst doctors hit the headlines earlier this week, after one senior figure claimed it is the 'last taboo in the NHS'. SHP spoke to former GP Dr Zain Sikafi, about the impact mental health is having on the medical profession and on the public at large.
Jamie Hailstone
SHP - Health and Safety News, Legislation, PPE, CPD and Resources

‘Safety culture is not about individuals, but what happens between individuals,’ in conversation with the ‘Indiana Jones of safety,’ Carsten Busch

Although the media profile regarding mental health has greatly increased, within organisations, the stigma attached to actually having mental health issues is still very real. Organisations ‘play the game’ for a while, so they are seen to be doing the right thing. Ultimately, they consider you an inconvenience and a problem, especially if you are at management level.

Exactly. Which is why a confidential therapy service independent of the NHS and your GP and independent of your employer is so important. Senior managers can get the help they need confidentially without employer or doctor knowing. No risk to your future career.

Does that answer the question ?
https://www.shponline.co.uk/comment-perceived-stress-really-important-serious-injuries-fatalities/?cid=%3FCID%3Dema-Newsletter_SHP%20Plus%20Weekly-29th%20November%202017-IOSH%20blog-

In the absence of a basic set of basic “given biopsychosocial conditions” mitigating or reasonably “controling exposure” or addressing the physical and emotional workplace stressors presenteeism and prolonged periods of sick-leave may end-up with a foreshortened working life-cycle.

Yes it’s a real shame that the stigma is still such a big thing. I came across the same stigma when I was a teacher and we all have to accept that this is reality and that early intervention is the key to success longevity. I’m sure no one goes into medicine for the short term so we need to take care of the small number we have here in the UK.