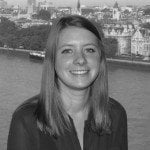 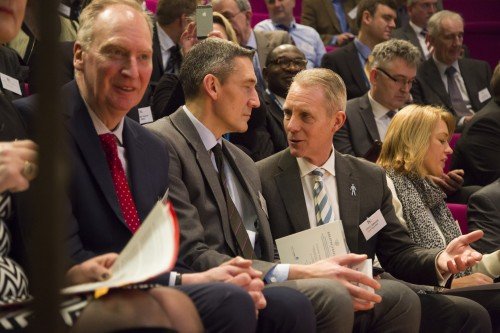 Targets were set, and targets were met. Fifteen years on, we can see a positive difference in the way safety is managed, especially on construction sites.

Yesterday, over 120 CEOs within the construction industry came together to discuss the ever-present problem of health, at the Health in Construction Leadership Group.

Chaired by Heather Bryant, Balfour Beatty, and Steve Hails, Crossrail, this leadership group began by encouraging the leaders within the room to take a big step forward in treating health like safety and equalising the two terms.

“You are the leaders and influencers of construction, both now and for the future,” said Heather. 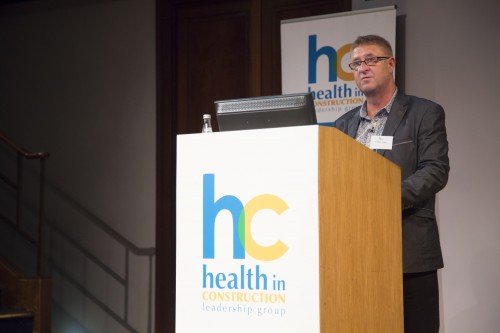 First to take the stage was Simon Clark, a former electrical engineer who was diagnosed with mesothelioma in 2012 and was given two years to live – but who has thankfully outlived his prognosis.

He explained how he was a demonstration of the impact that the lack of knowledge, training and influence can have on people.

As an electrical apprentice, he explained, he was “given the crappy jobs; crawling in loft spaces around the insulation, down service hatches covered in lagging”. These jobs inevitably sent up clouds of dust and fibre, and 35 years later, Simon started feeling pains in chest which eventually hospitalised him, and ended with a diagnosis of the mesothelioma.

“Safety has come on in leaps and bounds,” said Simon. “Health has been neglected; 20 tradespeople die of asbestos diseases every week. There are more people dying from asbestos each year than  in road traffic accidents.” 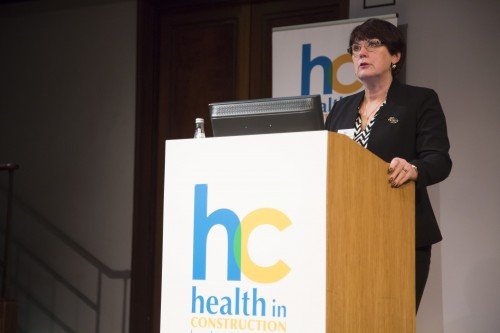 Dame Judith Hackitt, next to take to the stage, explained that ownership starts with CEOs. Identifying the important challenges and taking collective ownership was the next step in tackling the burden of ill health.

“People will choose who they work for, and they will choose to work for those who care about them.”

She urged those in the room to be proactive in stopping people being exposed in the first place, saying too often there was a focus on monitoring rather than prevention.

She finished by saying how she expected the thinking of health to address issues of the past and present, but also to look to the future to the ever changing issues that will be present in construction, including the rise of a migrant workforce. 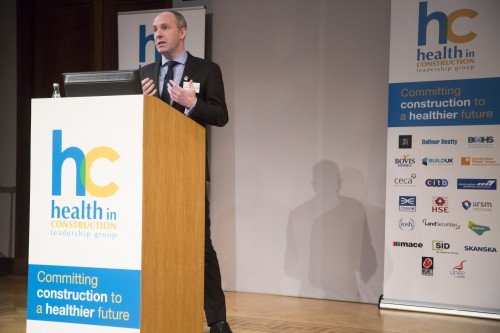 Next up, Justin Tomlinson MP, Parliamentary Under Secretary of State for Disabled People with responsibility for health and safety, spoke of how he was focused on encouraging the tackling of the burden of occupational ill health and disease.

“Build on the success of the way you have tackled safety,” he urged the leaders around the room.

The industry strategy for construction should be to lead the way in safeguarding the health of construction workers, Justin said.

“This includes mental ill health,” he continued. “In 2026 I hope that occupational health issues will be much improved. Health should be a given in the same way that safety is.” 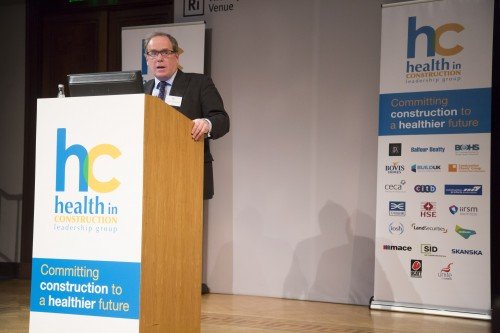 CEO of Crossrail and co-chair of the Construction Leadership Council, Andrew Wolstenholme OBE, stated that he “steals [ideas] with pride”, and urged others in the industry to follow suit and share best practice.

“Steal everything to make it better,” he said, explaining how support should be distributed across the wider industry.

“We have to do more,” said Andrew. “Remember where you were on the 21 January 2016. This is the industry’s lightbulb moment.” 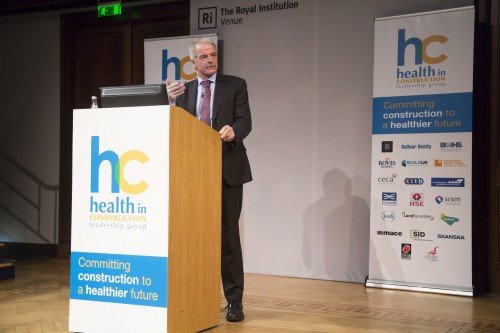 Sir Malcolm Grant, chair of NHS England, made a plea to those in the room to get “serious about prevention”.

“Ill health incidences grow with longevity,” he said. “There is a rising strain on the NHS from diabetes and obesity.”

He explained how the NHS, as an organisation, is dealing with the health issues endemic in the profession, including the stressful situations practitioners find themselves in, the long hours worked, the changing shift patterns and the junior doctors concerns about the future.

“It’s time for a step change,” he said. “We share responsibility with all of you.” 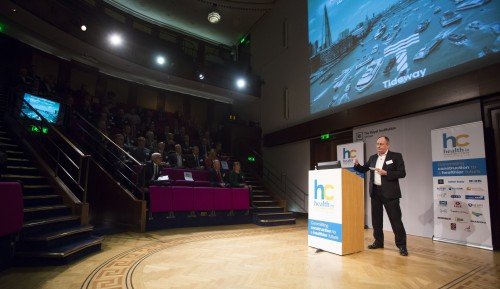 Andy Mitchell CBE, chief executive officer Thames Tideway, explained how in his 35 years in the industry safety on site had been the main focus, not health.

“We are now focusing on health, safety and wellbeing,” said Andy. “Suicide is the biggest killer in the farming and construction industries. People would rather admit to having gone to prison, than admit to mental ill health.”

He explained the need to define what long latency ill health indicators are, and what a health near-miss looks like.

He explained how the workforce should have higher expectations of how they should be treated.

“We need to make transformational changes,” finished Andy. “We need to be happy to share best practice.”

This exceptional day closed with a commitment from everyone in the room to build and deliver a healthier future in the construction industry, and to deal with occupational disease.

Like the comment from Andrew Wolstenholme who steals (ideas) with pride. A marvellous way of promoting good practice.
He can steal our innovative idea with pleasure now we have it patented !!
Saviour time Saviour Money and maybe Saviour life with SPSSafenet Skylight Protection system.

I wish CEOs understand the struggles and frustrations of safety workers on the ground. They have very good strategies, we are employed but we are the most troubled and frustrated employees.