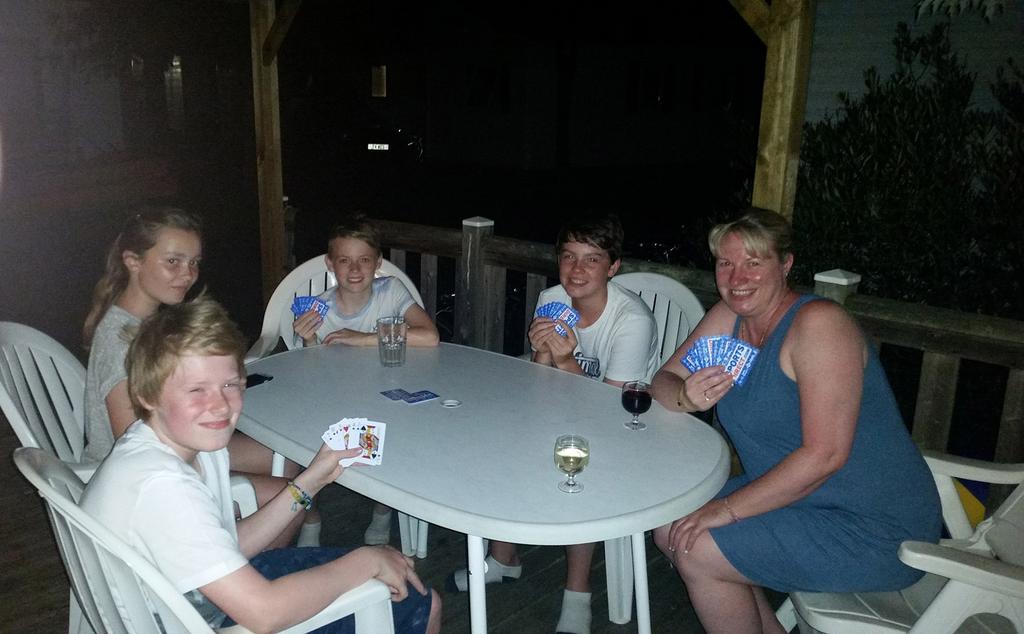 A lorry driver who caused the deaths of four family members on the A34 in Berkshire, while scrolling through music on his mobile phone, was yesterday (31 October) jailed for 10 years at Reading Crown Court.

Tomasz Kroker was driving on the northbound carriageway on 10 August this year when he drove into the back of the stationary queue of vehicles at approximately 50mph.

Tracey Houghton, aged 45, from Bedfordshire, her two sons, Josh Houghton (11) and Ethan Houghton (13), and her partner’s daughter Aimee Goldsmith (11), who were all travelling in the same vehicle, died at the scene.  A further five people were injured including one man who was airlifted to hospital with life-threatening injuries.

Warning: This video contains footage, photos and content that people may find distressing

Mr Kroker initially claimed at the scene that his brakes had failed. But when confronted with dash-cam footage he admitted he had been looking at his mobile phone at the time of the crash.

It was revealed in court that the distracted lorry driver had signed a form on the same day as the crash stating ‘I will never use a hand-held mobile phone or hands-free kit whilst driving’.

A statement released on behalf of the family said that Mr Kroker’s use of his mobile phone whilst driving, turned his lorry into a lethal weapon. It continued: “The sentence of 10 years in prison will not ease our pain and suffering, nor do we believe it will send a strong enough message to those who lack the self-restraint to not use their mobile phones whilst driving. Anyone using a mobile whilst driving is guilty of dangerous driving. It only takes a second of distraction to kill someone, destroying your life, your family’s lives and those of your victim and their family.

“Today’s outcome must serve as a reminder to us all of our responsibilities every time we drive and that decisions we make can be fatal. Our children lost their lives because of the reckless actions of Tomas Kroker, but we are not the only family to have suffered due to what is perceived by many, as a minor inconsequential crime, a crime that takes place on our roads every single day. We urge you to make a personal commitment to stop using mobile phones whilst driving and make our roads safer for everyone.” 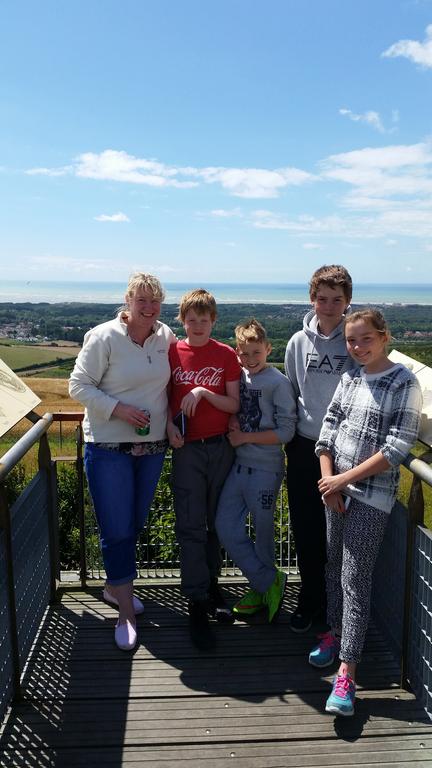 Gavin Hernandez, District Crown Prosecutor for Thames and Chiltern Crown Prosecution Service (CPS) said: “This was not a tragic accident but four deaths were caused by Kroker’s inattention and distraction.

“This case highlights the serious consequences of failing to be alert and prepared for unexpected driving conditions. Mobile phones must not be used by drivers under any circumstances as they are a lethal distraction which, as this case demonstrates, can lead to untold misery.

“Our thoughts are very much with the families affected by this tragic incident.”

Health and safety – risk vs harm

Commenting on the sentencing Simon Joyston-Bechal of Turnstone Law said: “There is a very important point to be drawn from this tragic motoring offence case when looking at sentencing for health and safety cases.  It relates to whether the punishment should be linked mainly to the harm risked or to the outcome.

“Before the introduction of new sentencing guidelines for health & safety offences in February 2016, health and safety cases were punished predominantly on the basis of the outcome – the more serious the injury, the greater the penalty.  The sentencing guidelines drastically changed this approach, with a predominant focus on the harm risked by the wrong-doing and only an incremental increase in sentence if there was a bad actual outcome.

“That explains why the recent Alton Towers case attracted a £5million fine, which was not drastically bigger than the £1.8million fine given to G4S for poorly managed water systems in the absence of any proven legionella illness having been caused by their breach.  The logic of the sentencing guidelines is that the G4S failure risked killing many people, so it is in the same league as the Alton Towers case. 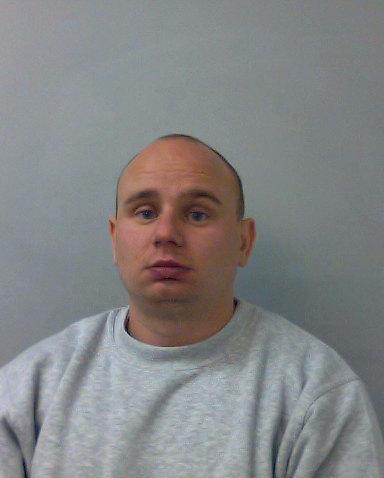 “If you think that balance is correct, then you may struggle to justify the 10 year jail sentence handed down today for a lorry driver who killed a family of four due to looking at his mobile phone when driving.  Can you justify why you should not be sent to jail if you have on occasions looked at your mobile phone whilst driving but have just been lucky enough to avoid an accident?  Should you now report yourself to the Police and ask to face the same punishment as this lorry driver, reduced perhaps from the 10 years of his sentence to 8 years for you because you didn’t actually injure anyone or even crash the last time you looked at your phone?

“The answer to this conundrum lies in understanding that society quite rightly regards the outcome as a central part of offending for this sort of unintentional risk based crime.  That explains why it can be right for this lorry driver to face 10 years in jail and also right that others caught using the phone whilst driving would get points on their licence.  But if that is right – and I regard it to be so – then the sentencing guidelines for health and safety offences have got things wrong in paying such little heed to outcome and focusing mostly on the harm risked.”

Warning drivers about the dangers of using mobile phones when driving, Gavin Hernandez, CPS added: “This case highlights the serious consequences of failing to be alert and prepared for unexpected or challenging driving conditions. Holding a driving licence brings with it a high degree of responsibility that should always be at the forefront of every driver’s mind.

“It is unimaginable to think of the emotional impact that this incident will have on the man and teenage boy, who witnessed, at close range, the deaths of four members of their own family. I hope that the conviction and today’s sentence will in some way help them, their family and friends come to terms with this tragic event. I also hope that those injured continue with their recovery. My thoughts are very much with them all at this time.”

Discover how you can advertise with us
Lorry driver had signed mobile phone declaration hours before crash A lorry driver who caused the deaths of four family members on the A34 in Berkshire, while scrolling through music
Lauren Applebey
SHP - Health and Safety News, Legislation, PPE, CPD and Resources

This incident demonstrates the failure in road safety prioritisation, with cameras which focus on speed, as opposed to humans looking at driver behaviour. Speed is not a hazard, it is inappropriate speed in the wrong conditions. Unfortunately, too much focus is placed upon the conclusion that speed is the primary enemy of road safety. Were there more traffic police, patrolling the highways and motorways, the often appalling behavioural issues that are witnessed daily could be addressed. The use of mobile phones when driving needs to be addressed as drinking and driving was in the 70’s and 80’s, with punishments commensurate… Read more »

Some companies sack drivers caught using mobiles, but how many still do it? I ride the M27 most days and see mobiles in hands of car, van and truck drivers daily, most often European drivers just off the ferry in Portsmouth but by no means exclusively, it’s no good making laws here that those from abroad are either unaware of or choose to ignore. If you’ve got no enforcement as the cuts to the ‘Traffic’ division’s country wide have bitten deep, the highways traffic wombles are a poor replacement, then the whole law is a joke.

It does appear that a significant proportion of drivers that fail to abide by the law are “at work”. In all other circumstances if a person at work causes harm then his employer is liable to prosecution under the HSAWA. If, in these circumstances, employers were held responsible for the actions of their employees and if found guilty they were fined in accordance with the sentencing guidelines perhaps they would be more inclined to be more thoughtful when they, recruit drivers or select sub-contract drivers

I agree with you Bob, there are many contributing factors to a traffic related accident however speed seems to be the element that attracts the most attention, maybe because it’s quantitative and can be determined by a clear ‘yes / no’, where as mobile phone, seat belts require human intervention and are more down to someone’s’ opinion as to whether or not they were using it / wearing it, heck even drink / drug driving tests can prove to be inconclusive at times and I know this as I conduct D&A tests at my place of work. If we focus… Read more »

Has the court (e.g, in this case) the discretion to add additional sentencing to that of jail for the offence on which he was found guilty ? I refer for example, to a driving ban for a fixed or extended period following release from prison, and/or be deported from the UK. Additionally, can this conviction to be added to a database of the licence issuing authority, so that he should not be allowed to go back to his own country and take up driving again. It is inconceivable that just hours earlier he signed a declaration stating he would not… Read more »

Using a phone whilst behind the wheel needs to become just as antisocial as drink driving and carry similar penalties when caught. Our local Police Force caught over 1600 drivers for Mobile phone offences, compared to 178 for speeding and 64 for other driving distractions and that is just one police force. These figures show just how big of a problem it is, and worse still high profile cases like the A34 Crash don’t seem to be reducing the numbers of drivers seen clutching their mobile phones either.