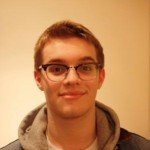 A survey published on Monday 8th May has revealed that two thirds of UK adults have experienced a mental health issue at some point in their lives.

The survey, published by the Mental Health Foundation, suggests that the prevalence of mental health issues is much wider in the UK than other countries. Data released by the World Health Organization (WHO) says that globally, one in four people are affected by mental health problems.

Statistics provided by the Mental Health Foundation say the 1 in 7 working people suffer from a mental health issue. Apparently over 8 billion pounds could be saved if there were better mental health services available in the work place.

According to the same statistics, workers took 138.7 million working days off because of mental illness. According to calculations carried out by Oxford Economics, the estimated lost time cost to UK GDP was £25billion.

“Our report lays out the sheer scale of the problem. This isn’t an issue that just affects a minority. At some point in our life most of us are likely to experience a mental health problem.”

“At the same time, too few of us are thriving with good mental health. We know that only a minority of people experiencing mental ill-health access professional support, which means that we need to redouble our efforts to prevent mental health problems from developing in the first place.”

Listen to the 'Wellbeing by numbers' webinar on-demand
Two thirds of UK have had mental health problems, says survey A survey published on Monday 8th May has revealed that two thirds of UK adults have experienced a mental health
Conal Frost
SHP - Health and Safety News, Legislation, PPE, CPD and Resources