On World Mental Health Day, RedArc has released figures collected from 400 patients over a five-year period, while St John Ambulance has revealed that a quarter of HR and admin staff have left a job because of mental health issues. 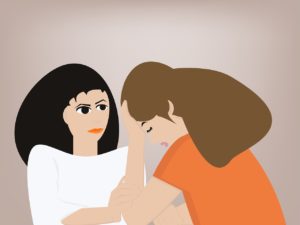 Data collected from questionnaires commonly used to diagnose and measure the severity of anxiety and depression, have shown that in cases where patients have had treatment delayed, often waiting for NHS referrals, their condition can escalate and can lead to a longer spell of absence from work and a postponement of normal, everyday life.

According to research by first aid charity St John Ambulance, one in four people working in human resources and administration has left a job due to mental health problems.

The survey of 1,000 employees responsible for booking first aid courses with the charity also showed a tenth of employers did not recognise stress as a condition, despite being aware of it as a growing problem.

The research found a further 43% said they had considered leaving a job due to stress or mental health issues and yet less than a fifth (19%) of organisations where they worked had mental health policies in place.

Nearly two thirds (65%) said they would feel uncomfortable asking for a mental health sick day – with embarrassment being the top reason cited, followed by not liking to take time off work and not wanting to let colleagues down.

Debbie Adwent, Operations Manager for St John Ambulance, said: “We believe these results reflect the experiences of the wider workforce and urge employers to take the mental health and wellbeing of their workforce seriously. This latest research plus the rapidly rising demand for our workplace mental health first aid courses show this is an issue all employers should be getting to grips with.

In situations where early clinical assessments are in place, 88% of patients showed improvements in their condition after just a four-month period of tailored support and therapy. Of those:

Christine Husbands, Managing Director for RedArc said: “Employees and direct customers are becoming increasingly aware that some insurers and employers go that extra mile to build in added-value services, such as mental health support, within their policies.

RedArc also cautions that whilst many people traditionally think of counselling as the cure, there is an increasing number of other therapies that can also help depending on the circumstances, such as Cognitive Behavioural Therapy (CBT), psychotherapy, Dialectical Behavioural Therapy (DBT), and Eye Movement Desensitisation and Reprocessing (EMDR); but it is important that needs are clinically assessed by a qualified mental health nurse who understands the relevance of the different therapies to each patient.

Husbands continues: “With transparency being encouraged and coerced in various areas in the corporate world, it may not be unreasonable to foresee a world in the not too distant future where organisations are compelled to report on their employee mental health provision. The Stevenson / Farmer report shares a vision where employers routinely monitor the mental health of their employees, and transparency and accountability is improved through internal and external reporting.”

How comfortable are you with discussing your employees’ mental health?

Listen now!
‘Early intervention’ the key in mental health conditions Data collected from questionnaires have shown that in cases where patients have had treatment delayed, their condition can escalate and can lead to a longer spell of absence from work.
Safety & Health Practitioner
SHP - Health and Safety News, Legislation, PPE, CPD and Resources