The UK Government has confirmed that UK businesses will be given an extension to implement UKCA marking, the new product safety marking in the UK, following several appeals from industry associations including the Fire Industry Association and BSIA. 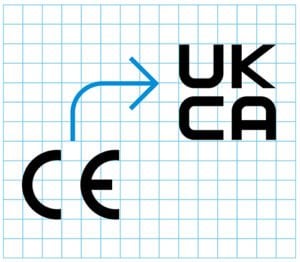 The current CE mark, used by the EU to affirm a manufacturer’s conformity with European health, safety and environmental protection standards, will be replaced by UKCA marking as a result of Brexit. It will apply to all goods and businesses by the end of 2021, but organisations will now have an extra year’s transition period to meet their legal obligations, giving them until 1 January 2023 (as opposed to 1 January 2022) to ensure the UKCA mark is applied to their products.

Previously, the Government had rejected requests from the likes of the FIA and BSIA for timeline extensions, with the Department of Business, Energy and Industrial Strategy (BEIS) asserting that it was a “priority that the UK regains its regulatory autonomy”. However, it has now agreed to an extension, citing the impact of the COVID-19 pandemic on businesses and stating that it will continue to engage with manufacturers to ensure they understand what they need to do to get ready, including through a series of webinars.

The extension means that all goods which previously required CE marking will not need to use the UKCA marking until 1 January 2023, though those who wish to do so can make the transition earlier. 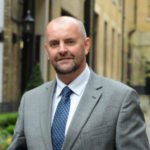 Ian Moore, CEO of the FIA, commented on the news: “We are proud to have worked collaboratively with the Government to highlight our industry’s concerns with the implementation of the UKCA mark and the timeline that was previously suggested. We have been working with the overwhelming majority of our members through our UKCA Special Interest Group to discuss the impact of the UKCA mark and communicate their issues to the Government. This positive result comes after the extensive time and effort that has been undertaken by the FIA team on behalf of our members.”

Carl Gibbard, Chair of the BSIA UKCA Special Interest Group, also said: “Over the past eighteen months, the BSIA in collaboration with the FIA and others, has engaged with the Government regarding the introduction of the UKCA mark.

“It was felt, by the security and fire sector, that the Government had underestimated the impact of dropping the EU CE mark and replacing it with a new UKCA on UK manufacturers. The global pandemic only served to make matters worse. I am pleased to report that Government has now recognised the problem and acted appropriately.

“It is encouraging to see what can be achieved by Trade Associations working in conjunction with the Government.”

Some have highlighted that other options should be possible. “The ideal solution would have been for the UK and EU to agree to recognise each other’s testing”, says DHF’s General Manager, Michael Skelding. “After all, the test standards are identical, and the laboratories all work to the same rules. However, since this has proved impossible to negotiate, an extension to the time allowed is an acceptable second-best solution. We shall see whether a twelve-month delay proves to be sufficient. There are certain products for which the shortage of UK test capacity is particularly acute and even cases where facilities are currently non-existent; these may well not be ready in time for the new date.”

Earlier this year, IFSEC Global reported on the expected impact the change to UKCA marking may have on businesses in the security and fire industries.

Advice on using the UKCA marking is available from the gov.uk website, here.

UK Government confirms one-year extension for UK products to implement UKCA marking The UK Government has confirmed that UK businesses will be given an extension to implement UKCA marking, the new product safety marking in the UK, following several appeals from industry associations including the Fire Industry Association and BSIA.
James Moore
SHP - Health and Safety News, Legislation, PPE, CPD and Resources

Why do I need to be SafeSupplier verified?

How to enable safer machine interventions