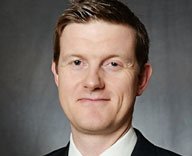 I am a fan of Coventry City Football Club. There, it’s out. We are not the most glamourous team. In fact, we barely have a team after years of under-performing and financial problems. We currently play our home games in Northampton — 35 miles away. It’s a long story. Suffice it to say that it is highly unlikely that there will be any Coventry City players representing any of the international teams at this year’s World Cup in Brazil. However, as an internal optimist, and with me at the helm (at least on the Championship Manager™ computer game), I am sure pretty much all of our Champions League-winning team will be present at the 2022 World Cup in Qatar.

With that rather spurious link (and with this blog being related to international EHS issues!), it allows me to talk about how Qatar has been in the news extensively with regards to the extreme temperatures players are likely to be faced with, and the hazards this will present.

Of course, this is an issue of great importance. Heat stress, hydration, and work in extreme temperatures are some of the main issues of concern for international EHS managers (in both hot and cold climates) globally. Working hours, protective clothing and machinery maintenance all take on a particular significance in such situations. Again, this is a good example of the different mindset safety professionals have to adopt, not only with different cultures and languages, but climates as well.

In the context of Qatar of course, it is not only the safety of footballers that have been the focus of the world media. Stories have emerged relating to construction workers’ rights and conditions. These issues can have a knock-on effect, as other governments and football governing bodies have put pressure on Qatar, which is being translated into increased enforcement measures taken against companies. In October 2011, the Ministry of Labor adopted Order 16 of 2011 creating a National Occupational Health and Safety Committee in Qatar. The aim of the occupational health and safety committee is to allow the authorities to implement and control safe work measures based on the inspections and statistics gathered in order to minimise the likelihood of any work accident.

Similarly, in Saudi Arabia, a recent enforcement drive by the Ministry of Labor against facilities found in non-compliance with the occupational health and safety requirements resulted in nearly 3,000 companies having activities suspended during the first month of the campaign (19,000 companies succeeded in either adjusting the violations reported to them to ensure that activities were not suspended or received a fine).

It is probably fair to say that Middle Eastern countries have not traditionally been associated with strong EHS regulations. However, as well as the increased enforcement levels, we at Enhesa have witnessed a marked increase in demand for our regulatory compliance services in the region. This demand has been mirrored by the steady growth in the numbers of regulatory developments in the region over the past four or five years. In 2009, we recorded barely any regulatory activity in the Middle East region; in 2013, there were over 50 new developments. With the economic growth in the area, led by the construction sector, and the increased investment from foreign companies, it has meant that regulation and enforcement are growing at the same pace as the economy, and a lot more quickly than the fortunes of Coventry City.

‘CE markings are no guarantee of safety’

Working at the car wash

Should smartphones be considered as DSE?

Hi, I was fortunate to speak at a safety conference in Doha in late November 13. This admittedly was a water safety conference activated by the number of drownings, both in the sea and in pools in Qatar. The conference was attended by senior officers of the government who in in ‘break out’ sessions informed us that they were appointing 150 safety officers, not just for aquatic safety but also other sections of industry. I also share Tjeerd Hendel-Blackford, Enhesa concern about safety in the construction industry in the run-up to the world cup following reports of deaths from dreadful… Read more »

I have been working in HSE in Saudi Arabia for the last 12 months and have seen no evidence of this action being taken by the Ministry of Labour. Therefore I am confused where this information has come from. Can you tell me when this campaign started because no one working here is aware of it.

There are no clear standards, regulations or acops like there are in Qatar and the UAE, just labour law so its difficult to understand what the companies were found to be in noncompliance with.

Hi Paul, Thanks for the comment. After I read it I went and dug a little deeper with our in-house team of Arabic speakers. We found the information on the inspections in a news item (in Arabic) on the Saudi Ministry of Labor website in November 2013. The inspections/enforcement actions were taken based upon the Labor Code, which includes provisions related to occupational health and safety, as well as other labor regulations. These include: – Order of the Minister of Labor No. 693 of 2007 on Implementing Regulation to the Labor Code; – Decree No. 1-2833 of 2006 on Reporting… Read more »