Safety innovation: ‘People are looking for new ways to report accidents and incidents’

In the first of a series of safety innovation peices, SHP Caught up with Airsweb Product Development Director, Rob Leech, to find out about the company’s next generation platform AVA and its artificial intelligence innovation, AVA Virtual Assistant. 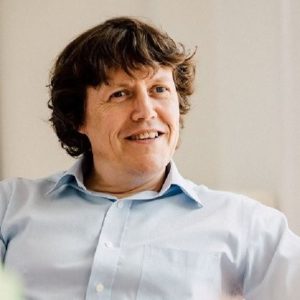 AVA Virtual Assistant is a piece of software that is being developed by Airsweb, which can perform tasks or services for an individual, a virtual assistant. Currently, its main aim is to help record the key information when a person is reporting an incident, accident or near miss and, perhaps most importantly, to make the process as widely available and straight-forward as possible. But as Airsweb continues to develop the AVA Virtual Assistant, it has potential to do a lot more than report incidents.

The idea for AVA Virtual Assistant stemmed from conversations with Airsweb’s current clients, many of whom were looking to get traction from their existing EHS system. “People are looking for new ways to report accidents and incidents”, said Rob Leech.

“Our clients were wanting to break down the barriers with people who didn’t have access to a computer or are maybe computer illiterate, or the job doesn’t lend itself to a person stopping to go and find a computer.”

The ‘fringe users’ were of a particular focus when developing AVA Virtual Assistant, people on the edge of reach of a company or organisation, for instance contractors, members of the public or delivery drivers. Essentially, anyone who is not a fixed member of staff or who is not based on a site full time, who may still witness and need to report incidents.

They would not be the sole target market though, with workers who have limited system access, those who work in isolated areas and lone workers also able to utilise the technology.

The idea was therefore to develop an audio first solution, where a person can report an incident in ‘natural language’. “That’s a crucial point too, you don’t have to have any technical terms, or knowledge of the subject matter, you simply talk to the assistant and report what happened, or what nearly happened,” added Rob.

This is where the artificial intelligence comes in. It analyses the natural language block of free text and makes sure all of the required information has been gathered. It captures events, observations and actions, picking out the key element of text.

In Rob’s experience, it is still a challenge for organisations to get staff to report near misses and accidents. With AVA Virtual Assistant, the process is made as easy and as comfortable as possible for that process to happen. 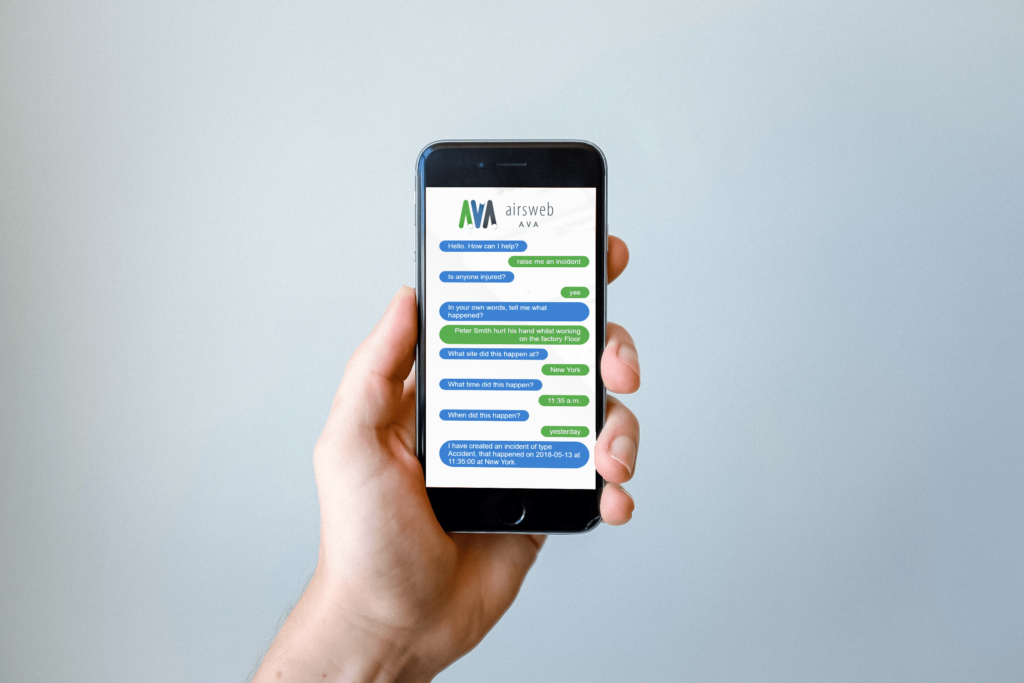 In order to gather this information, two things were required, a way of trapping audio and a way of analysing text.

The voice trapping hardware device was the easy part, a phone – which everyone has on their person at most times. Automatically that made the system very widely accessible.

The tricky part was how to analyse the natural text. Airsweb partnered up with IBM Watson, a leading, deep learning artificial intelligence. Watson was initially developed to answer questions on the quiz show Jeopardy and is therefore capable of answering questions posed in ‘natural language’.

AVA was able to use part of the Watson software to detect the ‘unstructured natural language’. It was important that the process was not just a recording. Aisweb wanted to use Watson for artificial intelligence interaction, a conversation. The software is able to determine what it thinks is a name, a date, the name of a site and if it doesn’t think all the relevant information has been submitted, it is able to respond back to the user and ask for more details. The virtual assistant reacts to what it is told and ensures all the necessary information has been gathered.

In order to make the virtual assistant as widely available as possible, it’s simply a URL which can be automatically launched from QR codes on posters around the site. This means no downloads are required, again making the process as simple as possible for the user. There are even plans in place to develop near-field communication (NFC) technology, which will mean the URL would automatically launch when a device is held close to a reader or a sticker. The virtual assistant has already been demonstrated in Spanish, enabling workers to talk in incidents in their native natural language, and there are plans to make the virtual assistant fully multi-lingual.

It’s not restricted to mobile devices though, the system can be used from tablets, laptops and essentially anything which is online and can trap audio. The inspiration behind how it would work came from a 2016 study by Gartner, which predicted that “By 2020, 80% of users won’t have a keyboard and 30% of web browsing will take place without a screen”, because of technology like Google Assistant, Amazon Alexa and other chatbot software. It also predicted that “About 20% of brands will abandon their mobile apps by 2019”.

Using this artificial intelligence technology enables AVA to not only be a virtual assistant, but also create the element of user engagement, which helps to meet the initial goal of removing the barriers for the people reporting.

The software was developed using ‘Voice-First’ technology, meaning that AVA Virtual Assistant is ‘audio-centric’ and so no specifically developed for keyboard’s and touch screen devices.

Rob says that this technology is not likely to be used for reporting the most severe incidents, which will require more time and detail put into a report, and it isn’t going to take the place of making an emergency phone call (though this could be incorporated too in the future). It comes into its own for making quick and efficient hazard observations, near miss observations and highlighting unsafe working conditions. Incidents which often go unreported if there is no easy platform in place to report them. The hope is that removing the barriers for reporting an indecent, will lead to an increased reporting of these incidents.

The data seamlessly feeds directly into Airsweb AVA and is easily accessible for a health and safety manager, allowing immediate action to be taken, limiting downtime and allowing the worker to quickly get back to the job in hand. Having a mechanism in place for reporting these seemingly small things, allows protocols to be put in place before one of them becomes a larger problem further down the line.

There are currently two large companies using the technology, one in manufacturing and one construction. The manufacturing company encourages its staff to step off the production line to use the virtual assistant and report incidents quickly and efficiently, before returning to their station. The construction firm has a host of sites, varying in size, and is using it to engage its workforce. The company has found it useful for engaging their ‘fringe’ staff, who may not be particularly well-versed in IT, but know how to use a phone.

At the moment the virtual assistant allows a user to raise an incident or ask a question, such as how many open investigations or outstanding actions have I got? Expanding and moving forward, the ‘holy grail’ would be that it could perform any task that can be done on a keyboard and that interaction is permanently carried out using voice technology and natural language.

Download your free copy now
Safety innovation: ‘People are looking for new ways to report accidents and incidents’ In the first of a series of safety innovation pieces, SHP Caught up with Airsweb Product Development Director, Rob Leech, to find out about the company’s next generation platform AVA and its artificial intelligence innovation, AVA Virtual Assistant.
Ian Hart
SHP - Health and Safety News, Legislation, PPE, CPD and Resources

Vote for your Arco Innovation Award winner for 2019