Marathon Oil UK LLC (Marathon) has been fined £1,168,000 following the release of a high-pressure gas on its Brae Alpha offshore platform in 2015. 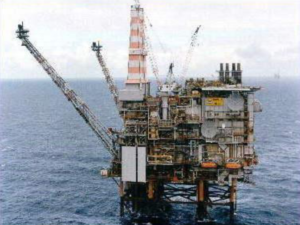 According to the HSE, an eight-inch diameter high pressure pipework in Module 14 of the platform suffered a catastrophic rupture as a result of ‘Corrosion Under Insulation’ (CUI), allowing over two tonnes of high-pressure methane gas to be released almost instantaneously. The incident happened on 26 December 2015.

The force of the high pressure blast caused significant and widespread damage within Module 14. The incident occurred whilst most of the 100 personnel on the platform were gathered in the accommodation block, in readiness for their Boxing Day meal, and away from the source of the blast.

The HSE’s investigation found that Marathon Oil had failed to undertake any suitable and sufficient inspection of the pipework that would have allowed the company to identify the risk and prevent the hazard from materialising.

Says the HSE, these failures resulted in personnel on-board the Brae Alpha platform being exposed to an unacceptable risk of serious personal injury or death from fire and explosion, and also led to the HSE serving an Improvement Notice on Marathon Oil in January 2016. This required the company to implement an effective hydrocarbon pipework inspection and maintenance regime.

Marathon pleaded guilty to breaching Regulation 4 (1) of the Offshore Installations (Prevention of Fire and Explosion, and Emergency Response) Regulations 1995 and Section 33(1) of the Health and Safety at Work Act 1974, at Aberdeen Sheriff Court. The company was fined £1,168,000.

HSE Inspector, Ahmedur Rezwan, said: “This incident is a further reminder of the ever-present hazards in oil and gas production, that if not rigorously managed can easily result in a potentially life-threatening event.

“Corrosion Under Insulation (CUI) is a well-known risk and this incident should not have occurred. During any normal period of operations personnel could easily have been working in, or transiting through Module 14, and they would almost certainly have been killed or suffered serious injury. The timing of the incident and fact that the gas did not ignite was fortuitous.”

Take your seat among the profession - activate your ticket now
Oil firm fined more than £1m after gas blast Marathon Oil UK LLC (Marathon) has been fined £1,168,000 following the release of a high-pressure gas on its Brae Alpha offshore platform in 2015.
Alison Fava
SHP - Health and Safety News, Legislation, PPE, CPD and Resources