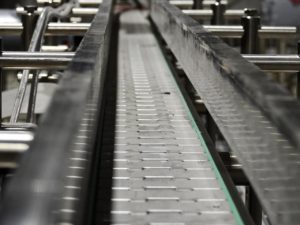 Blackburn Magistrates’ Court was told how, on 13 April 2017, the employee was attempting to remove waste material when his hand became trapped between the conveyor belt and drive roller of a magnetic separator. The incident caused extensive damage to his left forearm, leaving him with a lasting impairment in the use of his arm.

Investigating, the HSE found that:

KT Recycling Ltd of Gaskel House, Rough Hey Industrial Estate, Preston, pleaded guilty to breaching Section 2 (1) of the Health and Safety at Work etc Act 1974 and was ordered to pay fines of £20,000 and costs of £13,000.

Speaking after the hearing, HSE Inspector Anthony Banks said: “This incident could easily have been avoided if the company had put procedures in place to ensure that guard plates were maintained correctly, and their use was properly supervised.

“HSE will not hesitate to take appropriate enforcement action against those that fall below the required standards.”