A pub owner must pay more than £1,300 after food hygiene inspectors counted eight instances of unsafe food at his premises in one routine visit. Officials from North Kesteven District Council discovered a beef steak nearly three weeks past its use by date during the visit. John Clark, operator of The Queen’s Head Inn and Restaurant in Kirkby la Thorpe near Sleaford, pleaded guilty at Boston Magistrates’ court on 2 March, to eight separate food hygiene offences.

During an inspection of The Queen’s Head on 12 December 2019, the officers discovered a number of food items available for sale which were unsafe for consumption. These included a total of 24 beef steaks, one with a use by date of 24 November 2019, and the rest with dates ranging from 1 December to 5 December, which had been refrigerated but not previously frozen. Also found was a rolled beef joint dated 7 December, a pack of gravlax dated 9 December and a carton of cream dated 29 November.

Mr Clark entered an early guilty plea at the hearing, and was fined £333, a victim surcharge of £33 and also told to contribute £1,000 towards costs. In mitigation, the court heard he had experienced some difficult personal circumstances but that he would throw himself more fully into the business and seek to have the hygiene rating reassessed. 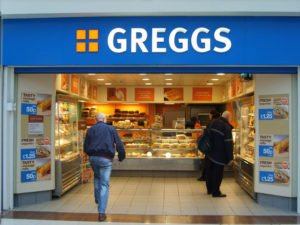 Greggs has become the latest food retailer to say it will close its shops temporarily to help fight coronavirus. The bakery chain, which has more than 2,050 outlets, said all shops would shut on Tuesday 24 March night to help maintain social distancing. McDonalds, Nando’s, KFC, Costa Coffee, Subway and Pizza Express had already announced similar measures.

Prime Minister Boris Johnson has told restaurants and cafes to close, but has exempted takeaway food places. Greggs, which has about 25,000 employees, had already converted its stores to provide solely a takeaway service. But it said: “It is now clear that to protect our people and customers we need to go further and temporarily close our shops completely.

“During this period, with support from the government’s Coronavirus Job Retention Scheme, we intend to maintain employment of colleagues at full contract hours for as long as is practicable.”

McDonald’s had earlier said it would close all 1,270 of its restaurants in the UK by the end of the day, affecting 135,000 workers. The chain said staff employed directly by the company would receive full pay for their scheduled hours until 5 April.

McDonald’s UK boss, Paul Pomroy, said: “Over the last 24 hours, it has become clear that maintaining safe social distancing whilst operating busy takeaway and Drive Thru restaurants is increasingly difficult and therefore we have taken the decision to close every restaurant in the UK and Ireland by 7pm on Monday 23 March.”

Nando’s, which has around 19,000 staff, said its bosses had “decided that the best course of action right now is to temporarily close our restaurants”.

Pizza Express, which employs 14,0000, will also close all of its stores until it is safe to open them again, and will not be offering home delivery.

Others that have announced temporary closures include:

They join big retailers like Ikea, John Lewis and Topshop who have also said they’ll be shutting down for a while.