Jamie Hailstone is a freelance journalist and author, who has also contributed to numerous national business titles including Utility Week, the Municipal Journal, Environment Journal and consumer titles such as Classic Rock.
August 8, 2019

‘Dame Judith Hackitt’s proposed Joint Competent Authority will bring in an era of stronger enforcement and a new package of sanctions,’ says Chairman of the Fire and Security Association

Speaking at Firex International, Tom Brookes said that, overall, Dame Judith made 53 recommendations in her final report, which was published in May 2018 and that the government said they will take forward all 53. 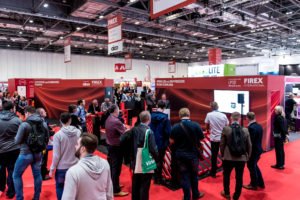 We are looking to set up a joint competency authority and we are aiming to local building control, fire and rescue services and the Health and Safety Executive,” he told the event.

“It will bring in stronger enforcement and package of sanctions.”

Dame Judith’s final report recommended joined up thinking and a fundamental reform of the system, a stronger and tougher regulatory regime which should consist of a Joint Competent Authority (JCA) comprising the Health and Safety Executive, Local Authority Building Control, fire and rescue authorities.

She said it must “ensure they bring their different competencies to the table”.

Mr Brookes, who has working on working group two for installers and maintainers of objects going into buildings, also talked about the group’s final report, which he said has now gone to ministers.

Among the proposals are third party certification for companies, level two or level three qualifications for industry and some sort of register or card scheme as proof of competency.

“Dame Judith recognised the CSCS card as a proof of competency,” said Mr Brookes. “It proves that the cardholder is qualified to carry out the work on the card. It’s an identity card for employers to check who you are.

“Employers can also log into a database and all the information is there for them to see. It is industry backed. I believe there are more than 160,000 people with various types of CSCS cards, including 5,000 fire alarm engineers with these cards currently.”

He added the working group has also recommended ongoing CPD for all tradesmen who install items in buildings and to make sure everyone has a basic knowledge of fire safety in buildings.

Mr Brookes also spoke about the various findings in Dame Judith’s report, starting with the current ignorance and misunderstanding of guidance and legislation.

“Dame Judith said the government needs to strengthen existing guidance, before the responsibility is passed to industry,” he told Firex.

“That’s what we are looking at the moment. As part of the working groups, we are trying to build up various competency levels.

“She was also not happy with the race to the bottom. Her exact wording was the speed and cost of construction has been put before the safety of buildings. I think we can all agree with that.

“Dame Judith said there has to be got to a be a significant culture change to increase ownership of risk and responsibility in building, clear accountability for the clients and more rigorous and transparent testing of products. She said there was a total lack of clarity and responsibility around the safety of buildings throughout the life cycle of a building. This is what we keep deeming is the golden thread – the life cycle of a building.”

He added that the government released a document two weeks ago stating they want an accountable person in tall buildings, whether its during construction or in the life cycle of the building.

“That will be a legally responsible person to check that people working within that building are competent to do so in the field of work they are taking on,” concluded Mr Brookes.

Click here for more information and to view this Fire Safety eBook
‘Dame Judith Hackitt’s proposed Joint Competent Authority will bring in an era of stronger enforcement and a new package of sanctions,’ says Chairman of the Fire and Security Association Speaking at Firex International, Tom Brookes said overall Dame Judith made 53 recommendations in her final report, which was published in May 2018 and the government said they will take forward all 53.
Jamie Hailstone
SHP - Health and Safety News, Legislation, PPE, CPD and Resources