Dr Tim Marsh PhD, MSc, CFIOSH, CPsychol, SFIIRSM is MD of Anker and Marsh. Visiting Professor at Plymouth University he is considered a world authority on the subject of behavioural safety, safety leadership and organisational culture. As well as many of the world's most recognisable industrial names Tim has worked with diverse organisations such as the European Space Agency, the BBC, Sky TV, the RNLI and the National Theatre in his 25 year plus consultancy career. He has key noted and chaired dozens of conferences around the world including the closing key note at the Campbell Institutes inaugural International Thoughts Leaders event in 2014. He has written several best-selling books including Affective Safety Management, Talking Safety, Total Safety Culture, the Definitive Guide to Behavioural Safety and Organised Wellbeing. Previously he led Manchester Universities ground-breaking research team into behavioural safety methodologies in the 1990s.
February 22, 2019

Exactly how clever was Albert Einstein? Dr Tim Marsh looks back over some of his famous quotes. 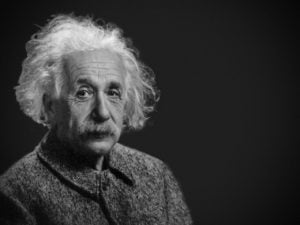 Well, in 2017 his prediction, made in a Viennese shed using paper and pencil 100 years ago, that time itself could be warped by a black hole was proved true. I often say in lectures that the human brain is the most sophisticated bit of kit in the universe by a country mile – and this alone proves that point! (It’s when this power backfires or gets pointed in the wrong direction that the problems start).

Einstein seems also to have had a quote for every occasion with many related to “kissing pretty women” even when talking about his theory of relativity: Namely: “to a man, kissing a pretty woman one minute can seem like seconds, but put his hand in a fire then five seconds seem like minutes”. He also quipped that you can kiss a pretty woman whilst driving but “you’re simply not giving the kiss the attention it deserves”.

It’s worth risking these non-PC quotes to establish that, as well as a genius physicist, Einstein was a very human, indeed humane, man – and if we can’t learn from a humane genius who can we learn from? He really did talk a lot of sense about a lot of subjects. Everyone knows about this first quote:

A great reminder of the principle that we tend to get the luck our efforts deserve, as so entertainingly described in Matthew Syed’s book ‘Bounce‘, and known to most safety professionals as the Heinrich principle. Interestingly, Einstein didn’t say this first, Thomas Edison did, but it’s a lovely illustration of a classic thinking error: when you see that word ‘genius’ you can’t help but automatically think ‘Einstein!’, as they have become synonymous.

He did however have things to say about Sydney Dekker’s new view of human error and mistaken thinking; exhortations to quality dialogue and Reason’s ‘balance’ view of risk management as well as the vital importance of front-line behavioral safety teams. Well, that’s what I’m claiming here anyway – starting with his views on the importance of objective and analytical learning.

“A man should look for what is, and not for what he thinks should be.”

“Education is not the learning of facts, it’s rather the training of the mind to think.” 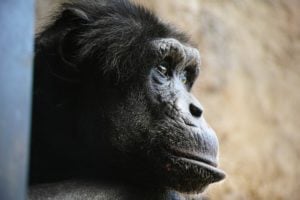 The recent Nobel Prize winning book, ‘Thinking, Fast and slow‘, describes how we all assume that the logical part of our brain controls the reptilian or back brain (or ‘chimp’ brain to quote Steve Peters’ best-selling book the ‘Chimp Paradox’). In truth, however, the back (instinctive) brain has far more control than we realise. In discussion of this topic with a senior MOD psychologist recently he summed this up perfectly with the observation. “So we think its decision making based on facts … but often its fact selection or even creation based on emotive decisions”. Typically, this isn’t conscious and Machiavellian (see Bush, Cheney and cherry picked intelligence about WMDs etc.) but subconscious and applied to all sorts of everyday risk factors – like sub-contractors.

The Anker and Marsh model of safety culture suggests that once diminishing return have been reached with systems and process then it’s all about two things: transformational (not transactional) leadership and learning with, as a law of nature, the quality of our learning being necessarily limited by the objectivity of our analysis. (Unless we get lucky – but as above, over time, luck evens out).

Similarly, our attitude to learning needs to reflect the fact that much learning is based on trial and error. The most successful jockey of all time, AP McCoy (who had rode more than 4,000 winners), also holds the record for the most losses (14,000 plus) and – most probably – broken bones too. (Having broken just about everything and many bones several times). A really wonderful book is Matthew Syed’s ‘Black Box Thinking’ which quotes Sidney Dekker on Just Culture and which stressed that entire societies move forward fastest when they have a pro-active and learning based approach to life’s travails.

In the world of wellbeing, the quote ‘what doesn’t kill you (can) make you stronger (with the right mind-set)’ is relevant here. Although Einstein didn’t say that he did say the following:

“A person who never made a mistake never tried anything new. Life is like riding a bicycle. To keep your balance you must keep moving.”

“In the middle of difficulty lies opportunity.”

“Once you stop learning, you start dying.”

“It’s not that I’m so smart, it’s just that I stay with problems longer.” (Probably just after quoting Edison!)

But my favourite sums up the need for balance and proportionality and beautifully reflects reasons’ overstretched elastic band model of balanced risk:

“A ship is always safe at shore, but that is not what it’s built for.”

For me this is even better than the quote that “You cannot fall if you do not fly… but what is a life without flight?” that adorns so many office and gym walls.

In recent years we’re seen a move towards demystifying safety, speaking plainly (or using illustrative stories) and focusing on what’s most important with fewer but better rules in an attempt to facilitate better quality dialogue. Again, Einstein would have approved:

“Any … fool can make things bigger and more complex … it takes … courage to move in the opposite direction.”

Perhaps the very best behavioural methodology of them all is to set up a front line project team trained in ABC or consequence analysis, Reason’ Cheese model, Just Culture and Five Whys analysis and a few other basics. Once trained then set them off saying ‘you know what you and your colleagues are tempted to do, why they are tempted and what to do to design out that temptation … please fill in this high impact low cost box’

This because basically, the people who do the job are the experts and the more they can be involve in the analysis described above the better. As well as accurate analysis it promotes empowerment, trust and ownership and, of course, our man Albert had a colourful quote that illustrates the point.

“Everybody is a genius. But if you judge a fish by its ability to climb a tree, it will live its whole life believing that it is stupid.”

Finally, two quotes that show Einstein would have been squarely at home in the midst of the SH&W community.

“Concern for man and his fate must always form the chief interest of all technical endeavours.”

My experience of workplace stress, in an organisation that didn’t see occupational stress as an issue: In conversation with Kate Field

My breast cancer story and the amazing support I had from work: In conversation with Josie Overton