Dr Tim Marsh PhD, MSc, CFIOSH, CPsychol, SFIIRSM is MD of Anker and Marsh. Visiting Professor at Plymouth University he is considered a world authority on the subject of behavioural safety, safety leadership and organisational culture. As well as many of the world's most recognisable industrial names Tim has worked with diverse organisations such as the European Space Agency, the BBC, Sky TV, the RNLI and the National Theatre in his 25 year plus consultancy career. He has key noted and chaired dozens of conferences around the world including the closing key note at the Campbell Institutes inaugural International Thoughts Leaders event in 2014. He has written several best-selling books including Affective Safety Management, Talking Safety, Total Safety Culture, the Definitive Guide to Behavioural Safety and Organised Wellbeing. Previously he led Manchester Universities ground-breaking research team into behavioural safety methodologies in the 1990s.
June 16, 2016

I predict a riot – anti-social behaviour and hooliganism 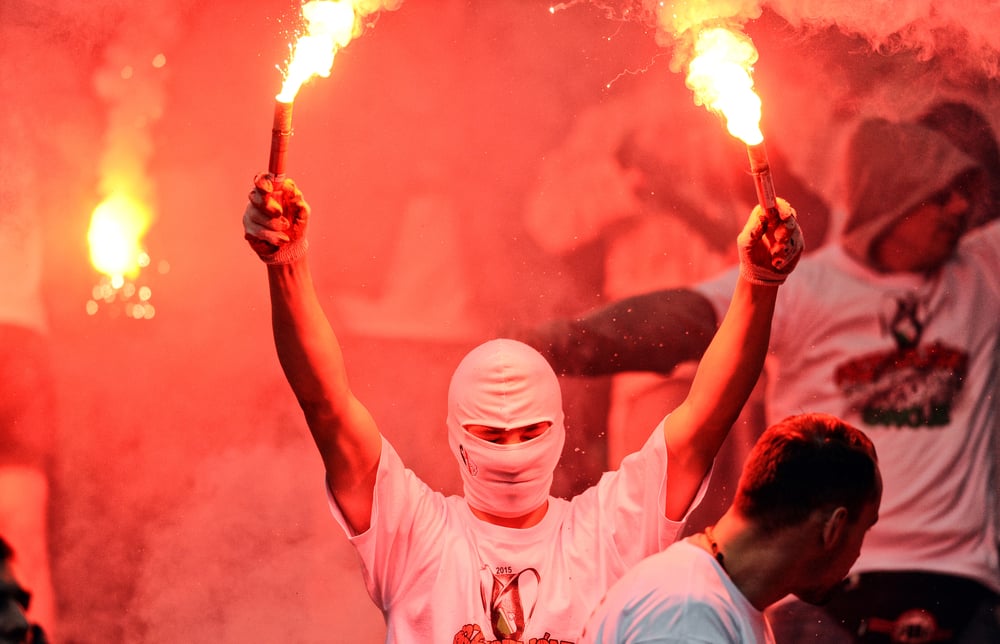 In yesterday’s Times, Matthew Syed made a fascinating link between football fans general behaviour, the crowd trouble at the Euros and Mayor Guiliani’s famous and highly successful ‘no broken windows’ approach to crime reduction in New York. The point he made is that a general culture of low grade anti-social behaviour sets the scene perfectly for more serious issues.

In New York, Gulliani insisted that living among graffiti and broken glass set the tone for breaking into cars and mugging. It’s a variation on the Heinrich principle again of course with obvious links to housekeeping, mind-set and Japanese 5 S management philosophies.

Syed pointed out that congregating in large groups, aggressive singing, body language and gestures sets a tone where violent confrontation is the obvious next step. You’re trying to have a quiet night out at that bistro across the square are you? Tough … we’re in town and we’re ‘avin a party. Take the infamous challenge: ‘Come and have a go if you think you’re hard enough…’, add in a couple of Russian MPs saying: “The boys are doing us proud” and we’re in real trouble. Unbelievable.

A few years ago I wrote an article for SHP on the subject of taboo behaviour and sports crowds, which covers many of these points. In it, I mentioned the issue of swearing and praised the culture of the crowd self-policing about such behaviours in front of children at certain events – I was using rugby crowds as an example.

Interestingly, I was at the Wales – Slovakia football game in Bordeaux last weekend with my 14-year-old son. Mid-game, a fan apologised to us for his language. The fan really didn’t need to. The original article referred to my then 11-year-old daughter. My son is 14, plays rugby and attends a comprehensive school in central Manchester. This apology was the very definition of ‘discretionary effort”.

I’ve simply never seen that happen before at a football event and I thought it perfectly illustrated the positive mindset of the day. Some 30,000 fans, lots of drink, lots of celebratory signing, lots of Slovakian friends made. The whole experience was an utter delight and of course barely a broken glass, let alone an arrest.

It must be conceded that many of the same 30,000 will have behaved differently following for example a Cardiff – Swansea derby. But even if things do degenerate from here it doesn’t invalidate the observation that mind-set and culture are hugely important.

Lucky Bugger getting to see the matches in situ! Good article Tim. Good luck at the expo

Picked the right one Dom! On the other hand the Junior Rugby World Cup is in Manchester this month so we also got to see Wales lose to both Ireland and New Zealand with the last kick of the match! Then there’s the England game … The imposters that are triumph and disaster and all that!