Protect yourself from the ‘silent killer’ 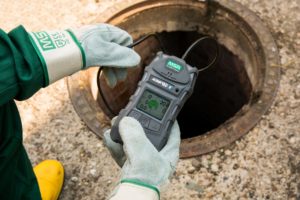 Every year there are approximately 25 fatalities from accidental carbon monoxide poisoning in England and Wales. As carbon monoxide (CO), has no smell or taste, it is undetectable until it is too late, hence CO being dubbed, the ‘silent killer’. After carbon monoxide is inhaled, it enters the bloodstream and limits the red blood cells ability to carry oxygen. This lack of oxygen causes cells and tissue to die, which can prove fatal in high doses.

Due to the severity of the risk, last year EH40, the regulation governing the workplace exposure limits of substances hazardous to health was updated. The update reduced the alarm limit for gas, including carbon monoxide readers, from 50ppm (parts per million) to 20ppm in order to increase safety. The regulation change is EU wide but has so far failed to gain momentum in the industry and has only been accepted and implemented by six countries including the UK and Ireland. There is an industry wide agreement that the information relating to the standard update wasn’t distributed effectively and more could have been done to raise awareness. Arco believes the lack of information is putting workers at unnecessary risk and further information about the reduced alarm limit should be more readily available.

EH40 replaces the 2011 edition to take account of the new limits for substances listed in Directive 2017/164/EU.

Upon the next calibration of a gas monitor, which is typically carried out every six months, the new alarm limit should automatically be updated. The onus is on the end user to send their gas monitor for re-calibration and ensure the alarm limit is changed.

The frequency that a monitor needs to be recalibrated may vary by application and equipment type. Sensor life can vary depending on usage and the gas it is sensing. End users don’t always calibrate in line with manufacturers recommendations which means that they may not be offering the highest levels of protection in line with EH40 legislation. As some gas detection units only have a two-year battery and sensor life, end users don’t always calibrate it as often as they should, meaning they might not be offering the highest level of protection. It’s also important for users to remember each monitor must be bump tested before every use to ensure it’s working properly.

All new units on the market will have the limits automatically reduced, and any detector purchased post 21 August 2018, will be compliant. “If unsure, it is important to seek advice”, says Alex, who states: “A proportion of gas monitor users are generally unaware of how to properly maintain detection products. The risks associated with gas detection are too high to be unclear.”

Take your seat among the profession - activate your ticket now
Protect yourself from the ‘silent killer’ Arco addresses the new regulations for workplace gas detection and advises employers on remaining compliant.
Samah Ahmed
SHP - Health and Safety News, Legislation, PPE, CPD and Resources