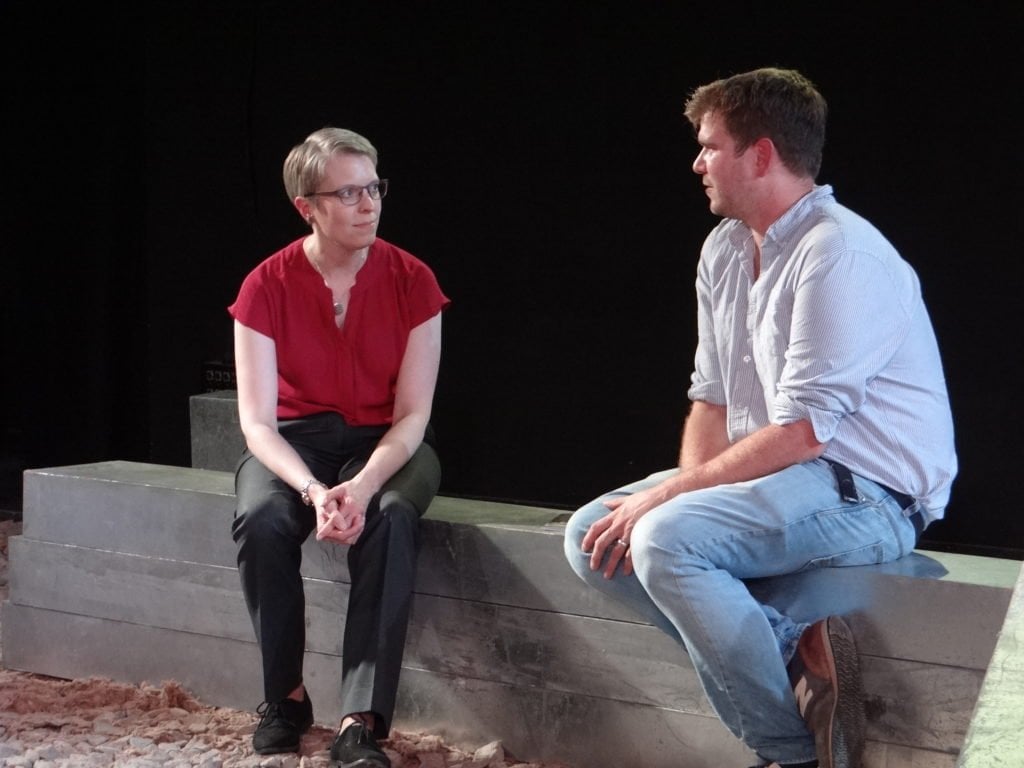 Supported by the British Safety Council and other organisations, including supplier Arco, the play 31 Hours, seeks to address the issues around suicide and mental health on the UK rail network.

The Council endorsed the production, which is currently being performed at the Bunker Theatre in London, due to the importance of its subject – the reluctance and inability of men in ‘macho’ work environments to talk about their concerns and their feelings.

The outcome of the play is devastating – and explains the vital role of communicating such issues:

Created by independent production company W1 Productions, 31 Hours is a story of four men who clean up after rail suicides. The viewer observes them at work and when they return home, and watches as they deal with their own lives and their problems in silence.

The story of four men failing to talk, it is filled with humour and humanity, taking viewers on a high-speed kaleidoscopic journey through masculinity, mental health and messy aftermaths in modern Britain.

On the 17 October, the staff of the Council watched the performance of 31 Hours. In the Q&A session afterwards, Louise Ward, communications and policy director at the Council, spoke to Kieran Knowles, the author of the play, and answered the questions from the audience about issues explored by the play.

Louise previously worked for four years at Network Rail as head of health and safety, supporting the teams responsible for dealing with the aftermath of suicides.

Louise Ward said: “31 Hours carries a powerful message about the reasons behind and effects of fatalities on railways in Britain and about suicide in general. Importantly, it inspires conversation about mental health, which needs to occur much more widely – in workplaces, schools, families and in the media.

“Only by discussing these issues openly will we enable more people to recognise the signs of distress and to offer help. This will be supported by other interventions, including specialised advice and help, through organisations such as the Samaritans, whose posters are now displayed at many rail stations.

“The more we talk about mental health issues, the more it becomes acceptable to admit that one is affected by them. That it’s OK not to feel well and to talk about it.  Unlike physical ailments, which demonstrate themselves through a variety of symptoms, mental health problems are silent killers – they are ‘invisible’. That’s why affected people need to feel able to ask for help. When this happens, we will know that we have broken the stigma that currently surrounds poor mental health.”

‘We are killing ourselves’

Kieran Knowles, the author of 31 Hours, in his interview with the Council’s in-house title, Safety Management, explained what inspired him to write the play: “At the time, I was working for a train operating company in a maintenance department and became more aware of the economic impact of suicides on the rail industry, the logistics involved in clearing up such incidents and the sheer number of people involved.

“If the biggest killer of young men was a new virus, we’d all be ploughing money into research and we wouldn’t accept it until we had eradicated it. It’s suicide; we are killing ourselves and we need the same investment and the same determination to deconstruct the issue and find a solution.”

As a major supplier to the UK construction and rail industries, Arco is dedicated to raising awareness of mental health amongst the UK workforce and hopes the play will start vital discussions with industry leaders around the country.

“This play is a compelling way to encourage discussions on mental illness and, as an advocate of worker wellbeing, Arco is privileged to support such an important issue.”

Click here to view SHP's coronavirus advice for employers hub
How a play set on the rail network is challenging male suicide Supported by the British Safety Council and others, the play 31 Hours, seeks to address the issues around suicide and mental health on the UK rail network.
James Evison
SHP - Health and Safety News, Legislation, PPE, CPD and Resources

Such an important issue. It would be good if this play was made available in video format for inclusion in training and raising awareness. Does anyone know if this is going to be an option?