Ian joined Informa (formerly UBM) in 2018 as the Editor of SHP. Ian studied journalism at university before spending seven years in online fantasy gaming. Prior to moving to Informa, Ian worked in business to business trade print media, in the automotive sector. He was Online Editor and then moved on to be the Editor of two publications aimed at independent automotive technicians and parts distributors.
June 15, 2018

London’s Air Ambulance is a charity which, in its 30-year history, has treated over 38,000 patients who have been the victims of some of London’s most serious incidents and accidents. 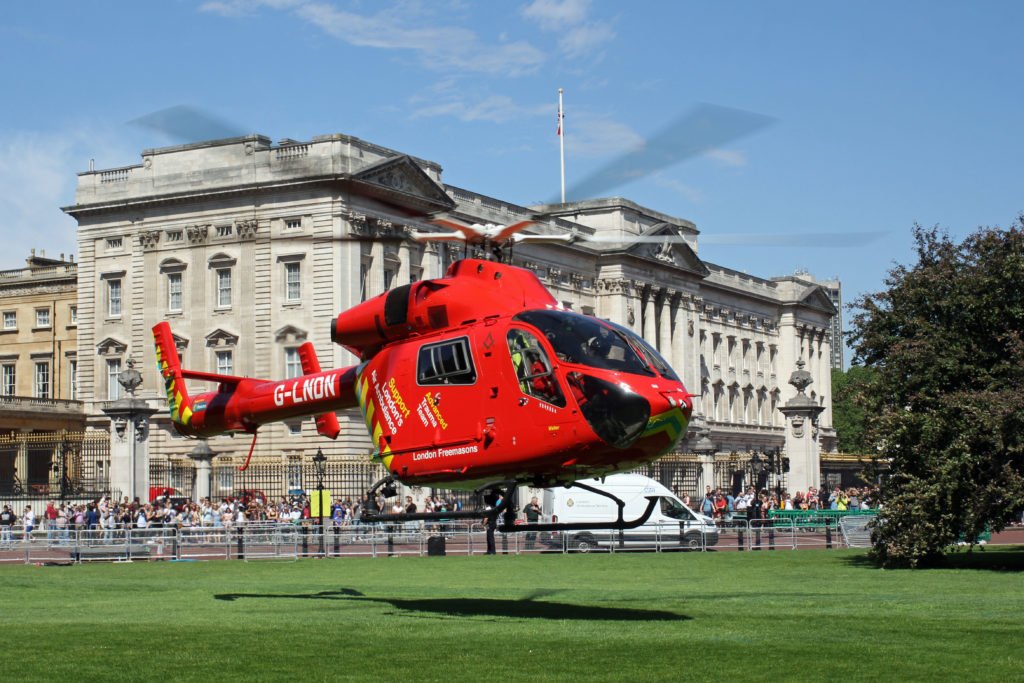 A 24/7 operation, London’s Air Ambulance attends on average five cases a day within the London area where they feel they can make a difference to a patient’s chance of survival. The advanced trauma team regularly responds to stabbings, shootings and road traffic accidents (RTA), as well as other major incidents.

The charity attended 412 falls from height last year and is often called upon to attend rail incidents, industrial accidents and electrocutions. It helped provide the frontline response to the London Bridge incident, Westminster terror attack and the Grenfell Tower fire.

Travelling to scene in helicopter, or rapid response car during the night or in bad weather, there will always be at least one specialist trauma doctor and one paramedic, who can perform advanced procedures at scene including open heart surgery, blood transfusions and keeping a person breathing, or ease their pain with anaesthesia, within minutes of their injury.

All 999 calls are monitored by a flight paramedic, who decides if London’s Air Ambulance can make a difference to that incident. In specialist cases, such as a person under a train, a fall from height over two stories and RTA where there is already a fatality in the vehicle, the team is automatically dispatched.

Doctors work for the charity on six-month secondments and are able to apply from anywhere in the world. Paramedics are sourced from the London Ambulance Service and work on nine month secondments.

The relatively short spells are due to the extreme high level of trauma that is witnessed during that time. 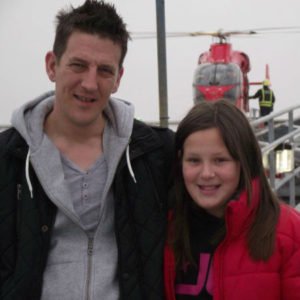 Patients like Matt would not have survived without the quick intervention of London’s Air Ambulance.

It was the weekend and Matt had been asked to carry out a private plumbing job for one of his clients. He prepped and scanned the site just like he always did – everything looked fine. He started to dig down into a drain and was just about to finish when he struck a cable, sending a shockwave of electricity through his entire body.

“The explosion was horrific – they think it was something like seven meters high. I was two meters in the ground and it burnt a wall three meters away from me” Matt explains.

“The electricity passed through my hand, up my right arm and down into my spine before coming out of my right thigh and leaving an exit-wound. I remember lying on the floor while an off-duty fireman and his mum gave me first aid.”

Within nine minutes of the 999 call being made, London’s Air Ambulance together with London Ambulance Service paramedics were on the scene and starting to treat Matt.

“The medical team could see I was badly burnt as they arrived and they set about treating me quickly. They gave me Ketamine, which is a powerful painkiller, before proceeding to a general anaesthetic. I was then airlifted to Battersea heliport and land-transferred to Chelsea and Westminster Hospital, which was the nearest burns centre.

At Chelsea and Westminster, Matt was treated for severe burns which included superficial, partial thickness and full thickness burns to his face, hands, arms and chest. He then went on to receive further treatment from Broomfield Burns unit.

Since the accident, Matt has dedicated a lot of his time to speaking on behalf of the charity, telling people how the service had helped save his life and helped his family.

“Things are a lot better today. The injury has made me who I am. I’m working as a health and safety instructor and I can use my experience to help change perspectives – people can really see where my passion comes from and showing photos of my injuries encourages them to take health and safety seriously.

“I think fate played a big part that day. If London’s Air Ambulance hadn’t come to help me, I’m not sure I would have made the recovery I have made.” 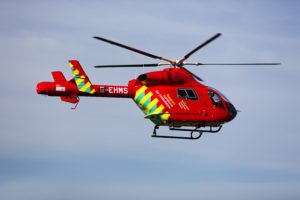 Within the talk, entitled, ‘Introduction to London’s Air Ambulance and operational challenges’, the pair discussed the importance of timing and how the ‘golden hour’ is not only critical to survival, but also quality of life following recovery. Even in an urban environment such as London, patients will spend the majority of this time outside of a hospital.

Neil touched on how preferred landing sites have to be continually assessed for safety, due to the continual and rapid building work going on around London and how a second pilot is present on all flights to assist with navigation, comms and assess possible safe landing sites.

With regular low flying around London’s ever-changing sky-line, the session will also focused on cranes and the importance of colour when it comes to visibility from the air. Such is the hazard posed by cranes, a weekly ‘crane report’ is compiled by the team of pilots to reduce the risk of an accident happening.

The talk also covered into the dangers of drones and lasers to low-flying aircraft and will culminate on team bandwidth and how best to cope with trauma as a team.

To read a summary of the session, click here.

The history between UBM and London’s Air Ambulance.

Lord Stevens appreciated the urgent need to save patients dying unnecessarily and agreed to provide a helicopter, together with the pilots, operational staff and all running costs for four years.

Download Now
London’s Air Ambulance and its operational challenges London’s Air Ambulance is a charity which, in its 29-year history, has treated over 38,000 patients who have been the victims of some of London’s most serious incidents and accidents.
Ian Hart
SHP - Health and Safety News, Legislation, PPE, CPD and Resources