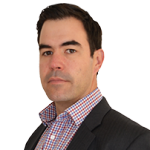 James is a Director at Irwin & Colton, a specialist health and safety recruitment company operating throughout the UK. James has recruited, studied, worked and volunteered within health & safety and sustainability for over a decade. In addition, James holds a double degree in Science and Commerce from Victoria University in New Zealand and has successfully launched businesses in China and the UK.
Email: [email protected]
October 28, 2019

Health, safety and wellbeing in the modern workplace

The 11th edition of the British Safety Council Annual Conference recently brought together leaders from across the health, safety and wellbeing. With the future of so many facets of life changing rapidly, this year’s agenda was extremely topical. 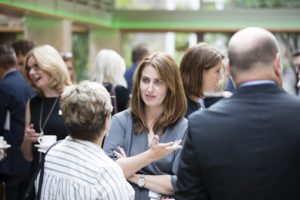 Mike Robinson, the British Safety Council’s Chief Executive, laid the verbal gauntlet in his opening address by outlining the speed of change in our rapidly evolving workplace and society. These changes include the stampede towards automation – expected to see 30% of the workforce replaced by automation in near future and a continuation of the rapid rise of connected devices to the internet – soon to reach 50bn in 5 years’ time from the 15bn we had in 2015.

Lawrence Waterman OBE, then delivered the Chairman’s address. Lawrence has led the health and safety agenda on some of the UK’s largest and most iconic infrastructure projects – including the London Olympics in 2012. As a result, he was uniquely positioned to give a historical summary of the UK’s health and safety journey – from the upheaval in the 90s with the introduction of risk assessments to the implementation of CDM and the major changes this brought about. This has led to a society where “we rightly expect risks to be identified by those organisations creating them and for those risks to be controlled.”

Fast forward to 2019 and beyond – the gig economy, BREXIT, ageing workforce and a myriad of complex variations to the modern world with seemingly endless permutations. The world is changing and Lawrence made the point that in 2019 it is no longer tolerable to “shout safety and whisper health” and that the change we are going through currently, with organisations and society driving the health and wellbeing agenda, will be looked on as more of a dramatic change than the changes of years gone by with the implementation of risk assessments and CDM.

Viewed in this historic prism perhaps put some perspective on both the size of task at hand but also gave an added boost to those in the industry at the event. Yes, being at the forefront of change has challenges however being able to look back 20 years from now having been part of a fundamental positive change in society is a prize worth striving for. Indeed, Lawrence threw the challenge to the attendees that the Annual Conference stating this was a chance to “arm oneself” with knowledge on the wellbeing and health agenda.

‘Lungs and dust do not go well together’

David Fishwick, Chief Medical Advisor for the HSE and HSE NI was the first speaker of the morning and gave a sobering account of his day job for the past 30 years, as a physician focusing on lung disease. Showing chilling x-rays and giving first-hand accounts of the impact dust in our workplace is still having to this day on workers. “Lungs and dust do not go well together” was perhaps the understatement of the day. Each person takes on average 440,000,000 breaths in their lifetime – the lungs are critical, delicate tools in our body. The bright note of David’s talk was the dramatic improvement in technology in the healthcare sector which is matching the improvement in technology safety has seen which has helped in reducing the fatality rates in the UK. However, sadly there is still a flat trend on the number of work-related lung disease cases. The technology is not improving health like it did safety – David outlined that health is complex and gave an impassioned plea that more needs to be done.

The next speaker of the morning was James Rudoni, the Managing Director of Mates in Mind, an organisation leading the fight against mental ill health in the UK. James again offered some sobering statistics, 44% of all work-related illness was from stress, anxiety and depression, this caused 57% of all lost days at a cost of £34.9bn. James made the point that we clearly still don’t talk about mental health enough as a society however there are positive changes happening.

‘Safety starts and ends with people’

Next to the stage was Liz Groundland, the Head of SHEQ for Seddon Construction, a family run Bolton based construction company with over 130 years of history. Liz offered a rare insight into an organisation which has gone through major change and shift in approach to health and safety and mental health in their workplace. Liz’s philosophy is that ‘safety starts and ends with people’ and that was clear to see in the way she approached the mammoth task at hand. This involved a major engagement exercise involving employees from across the business, the first of its kind at Seddon and really focused on three key areas – RAMS, housekeeping, and behaviour. Liz and the team managed to dramatically improve performance within the organisation and implement what proved to be an award-winning strategy.

A key part of this strategy, which Liz talked about in detail was their program in mental health following the tragic suicide of one of their employees. Their program title ‘Jordan’s Conversation’ has given the platform for others in the organisation to talk about their personal journey across mental health and offers a flicker of light to come out of this very tragic event. Indeed, the video of Jordan’s mother talking about her late son sent shock waves around the conference. 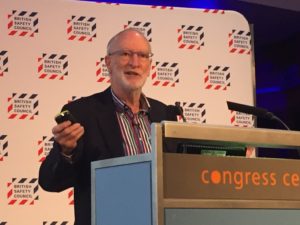 The highlight of the day for many was Professor Sir Cary Cooper CBE (pictured, right) who delved into his many years of research and consultancy to give an overview of workplace wellbeing. Sir Cary made clear a few points which inherently most people know in society are true but seldom stop to consider, analyse or even ponder to then consider alternatives. These are as follows:

Clearly a downward spiral of managers not equipped to deal with either mental or physical health issues and this then leading to further ill health and a reduction in UK PLC’s already poor productivity. Mental ill health costs the UK 4.5% of GDP, so whether it is a moral or financial argument, it is clear solutions are urgently needed.

Sir Cary then discussed the current work being undertaken across the wellbeing space, from mindfulness through to mental health first aid. Although these were certainly important, the critical factor in improving wellbeing is tackling the stressors themselves. Uncertainty and lack of control have the biggest impact on wellbeing and he made the point that structural changes need to be implemented to truly have an impact. Focusing on factors such as the glass ceiling for women, long work hours, people in management roles without people skills – these are the factors which really need to be tackled in the UK.

The event was then split into break-out sessions, one focusing on a “Post-Grenfell: Implications for fire safety management”, led by Jonathan O’Neill OBE, Managing Director, Fire Protection Association and the other focusing on “A strategic approach to health and wellbeing leadership”, led by Steve Perkins. Both sessions offered much food for thought and Jonathan made the point that although buildings and structures have changed dramatically in the past 20 years the guidance and regulations have remained the same since 2005, even after the tragedy at Grenfell.

Mental health at the expense of occupational health? 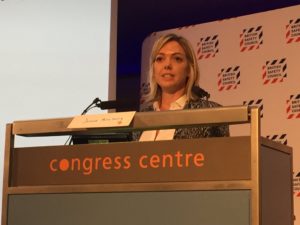 The last session of the day saw a debate entitled, “Has the recent focus on mental health within the workplace been at the expense of overall occupational health?” James Murray, Managing Director of Vitality Health and Jennie Armstrong, Head of Occupational Health, Safety and Wellbeing at Tideway (pictured, right) presented their views. An interesting point was made by Jennie during the debate – should there be clearer delineation of occupational health, mental health and safety between HR and health and safety? Indeed, it will be interesting to see how this develops over the coming years and will we see a new role function created in between these two disciplines?

Mike Robinson delivered his closing address, as this was a conference focused on the future it would have been remiss not to touch on Brexit, and indeed he made the point that it is essential organisations plan and work on the basis they will be leaving the EU at some stage and prepare accordingly. In his closing remark, in a typical upbeat note, Mike mentioned that although there are indeed well documented challenges with Brexit for business across health, safety and wellbeing; there are also many opportunities.

Health, safety and wellbeing in the modern workplace The 11th edition of the British Safety Council Annual Conference recently brought together leaders from across the health, safety and wellbeing. With the future of so many facets of life changing rapidly, this year’s agenda was extremely topical.
James_Irwin
SHP - Health and Safety News, Legislation, PPE, CPD and Resources