The perception of workplace safety in the EU, and the reality

The EU prides itself on its dedication to workplace health and safety, and the good labour rights of its workers. Whilst accidents do often occur, the data at Eurostat shows that incidents are decreasing gradually year on year, from a total of 2,800,681 in 2009 across 28 EU nations, to 2,371,910 in 2014.

Statistics may be one thing, but how safe do employees actually feel in their workspace? 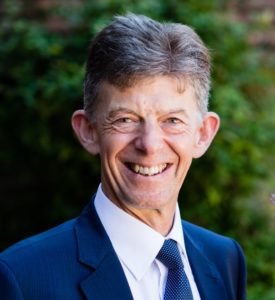 Numbers and figures don’t always reflect something as slippery as the feeling of safety. Perceptions can be skewed by various relative, economic and circumstantial factors, it would appear.

Recent research from health and safety consultants Arinite compares the total number of health and safety incidents recorded across various European countries, versus the perceptions of workplace safety in the 2015 Eurofound Sixth European Working Conditions Survey.

What’s revealed is the sometimes large discrepancies between European country incidence rates. But perhaps the most interesting discovery is that stats don’t always match perception – in a couple of glaring cases.

Occupational Health and Safety In The EU – Stats Vs Perception

Germany and France are both large, industrial nations, so one might expect the volume of accidents to be relatively higher than other nations – most workplace accidents typically occur in the mining, manufacturing, construction and utilities industries.

When we look at incident rates, however, the nations with the most dangerous working conditions appear to be France, Portugal, Spain and Denmark. At the other end, Romania, Bulgaria, Greece and Latvia record the lowest rates of incidences per 100,000 people in employment (see table below). 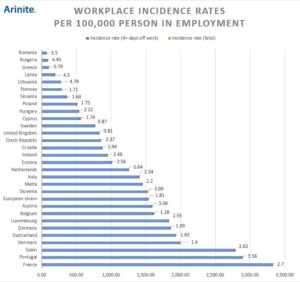 Now let’s look at what happens when we compare statistics with survey data on safety in the workplace. According to Eurofound, the countries with the lowest percentage of “Very Satisfied” workers are Romania, Latvia, Estonia and Portugal. Notice anything odd? Whilst Romania has the best incidence rate out of 28 EU nations, it was the lowest percentage of working population feeling safe in their workspace. 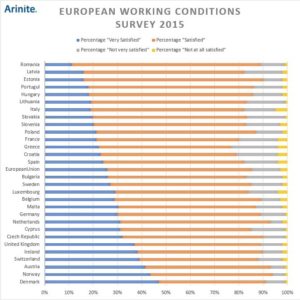 Some of the nation data also doesn’t align when we look at the other end of the tables. According to the survey, Danes have the highest percentage of safe and satisfied workers in the EU, however, Denmark has the fourth worst incidence rate.

The Eurofound survey asked 44,000 respondents randomly selected across occupations, sectors and demographics, a series of questions related to how exposed workers felt they were to physical and psychosocial risks; how well work is organised; their work-life balance; and the general quality of health and wellbeing.

Possible Reasons Behind The Discrepancies

First it should be noted that bureaucracies differ between nations. Some may be more diligent when it comes to recording accidents themselves. Therefore, the fact that one nation has higher accident statistics recorded may not necessarily indicate how safe or dangerous the workplace is, but rather how effective incident reporting is. The fact Germany and France have the highest volume of recording accidents may in fact be a reflection upon the strength of their bureaucracies that want to see accidents eradicated, rather than how unsafe the workplace is.

Secondly, employment levels will affect the figures. Countries with fuller employment, like Germany, Denmark and Sweden, may have a higher likelihood of incidents occurring simply by having more people in their workforces. Romania has relatively low employment, which might explain the low volume of incidents, whilst the fact it is high industrial production nation could indicate a more dangerous working environment for those in employment.

Across the board, job quality, financial security, the development of skills, national labour laws, and more will all factor into whether a worker feels secure in their working environment. And whilst Denmark and Romania are glaring outliers, France, and many others, appear to have their perceptions more clearly aligned with the relative danger of their workplace.

Bryan Richards has over 25 years’ experience as a H&S consultant at a senior and technical level, and is currently a managing partner at Arinite health and safety consultants.

The perception of workplace safety in the EU, and the reality The EU prides itself on its dedication to workplace health and safety, and the good labour rights of its workers.
Safety & Health Practitioner
SHP - Health and Safety News, Legislation, PPE, CPD and Resources