A 28 year-old man from Hounslow in West London has been sentenced to six months imprisonment suspended for 12 months for falsely claiming to have passed engineering exams in order to carry out maintenance work on aircraft. 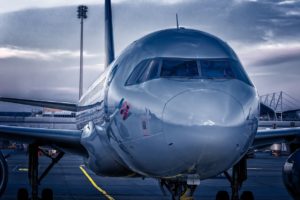 The Court heard that Mr Sandhu had been employed as an engineer by British Airways and twice submitted an application to have additional categories included on his licence, allowing him to carry out more complicated work on aircraft. His application to the UK Civil Aviation Authority (CAA), which regulates Aircraft Engineer Licences, used forged exam certificates in support of his applications.

The deception was spotted by British Airways and reported to the CAA. The CAA’s Investigations and Enforcement Team worked with Airworthiness colleagues, and with the support of British Airways, to bring the case to court.

Speaking after sentencing, Alison Slater, the Civil Aviation Authority’s Head of Investigations and Enforcement, said: “Aviation safety relies upon the honesty and integrity of everyone who works in safety-critical roles within the industry. Unlawful activity such as Mr Sandhu’s will not be tolerated.

“We will continue to work closely with the industry to prevent potential safety risks to the public. We would like to thank British Airways for their assistance in achieving this outcome.”

According to the CAA, an aircraft engineer must hold a licence issued by the CAA in order to carry out work on aircraft. The CAA issues aircraft engineer licences in various categories (eg category A, Category B, B1, B2); the categories relate to the type of work that an engineer is authorised to carry out. To obtain a licence, an applicant must submit an application form and evidence to show that they are competent to complete the work.

Princepreet Sandhu was charged with two counts of making a false representation to the CAA that he had passed examinations in order to procure for himself the issue of a category of aircraft maintenance licence. The dates of the offences were 5 May 2015 and 25 January 2016. These were the dates Mr Sandhu signed the application forms to obtain the licence from the CAA.

Subscribe to the newsletter ✉️
Aircraft engineer sentenced for lying about exams A 28 year-old man from Hounslow in West London has been sentenced to six months imprisonment suspended for 12 months for falsely claiming to have passed engineering exams in order to carry out maintenance work on aircraft.
Alison Fava
SHP - Health and Safety News, Legislation, PPE, CPD and Resources