Network Rail has paid out £1m for slips, trips and falls in the past five years

In the past five financial years, Network Rail has out paid a total of £1m for slips, trips and falls across UK stations, according to research conducted by the BBC. 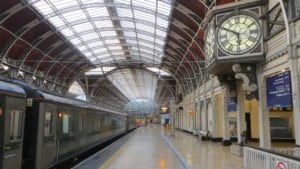 Network Rail is in charge of 11 stations in London, and 20 across the rest of the UK.

The highest compensation amount was £36,392, after a passenger “slipped on liquid and landed heavily on their right hip” at Charing Cross station. The lowest was £10, after a passenger slipped on ice at an entrance to Victoria Station, and suffered personal injuries and damages to their suit.

The most recent case was a payment of £27,602, after a passenger slipped on pigeon faeces at Paddington Station. Overall, there have been four payments by Network Rail in the past five years, as a result of passengers slipping on bird faeces.

Phillip Thrower, Head of Claims and Insurance at Network Rails emphasised that: “with tens of millions of people using our stations every day, only a tiny fraction experience a mishap”.

Over half of the £1m total payments were made due to accidents at the following stations:

Victoria station had the highest number of successful claims paid out by Network Rails. Guilford and Glasgow Central were the only stations managed by Network Rail, that did not have compensation claims.

“If we are at fault for causing damage or injury to anyone, we rightly compensate them for those accidents and put in place new ways of working to stop them from happening again”, expressed Phillip.