Premier League and Championship clubs wishing to introduce licensed ‘safe standing’ areas at football stadiums will be able to do so from the start of the 2022/23 season. 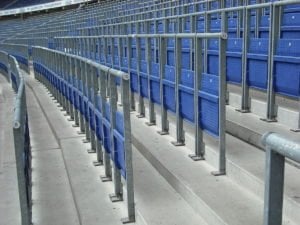 The Government has confirmed that Premier League and Championship clubs wishing to introduce licensed ‘safe standing’ areas at football stadiums will be allowed to do so from the start of the forthcoming 2022/23 season.

Other clubs are expected to adopt licensed standing areas during the course of the football season.

Culture Secretary, Nadine Dorries said: “We are not reintroducing terraces and only clubs which meet strict safety criteria will be permitted. Thanks to a robust trial, thorough evidence and modern engineering, we are now ready to allow standing once again in our grounds.”

Sports Minister, Nigel Huddleston said: “Based upon what I have experienced and we have learnt through the pilot programme, safe standing is set to deliver an electric atmosphere at our football stadiums.

“Fans have long campaigned for its introduction and we have worked carefully with supporters groups, including the families affected by the tragic Hillsborough football disaster.

“I am proud of the work that has gone into this rigorous process and that we have delivered on our manifesto commitment to get fans back on their feet in stadiums.”

The stadiums have been selected following an application process, open to all grounds covered by the all-seater policy, led by the Sports Grounds Safety Authority (SGSA). Strict conditions have been met, including enhanced use of CCTV, improved steward training and fans being strictly limited to ‘one person, one space’. Clubs have also engaged with fans as part of their application process.

A final report on last season’s Government-commissioned trial at the early adopter clubs has concluded that the installation of barriers or rails in areas of persistent standing in seated areas has delivered a positive impact on spectator safety and improved fans’ match day experience in both home and away sections. The report recommends that clubs should be given the opportunity to implement licensed standing areas as soon as possible.

An interim report into the trial, published by the Sports Grounds Safety Authority (SGSA) in April, found that: 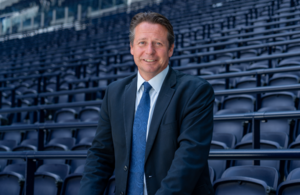 The announcement was made by Sports Minister Nigel Huddleston at Tottenham Hotspur’s White Hart Lane stadium, after he joined fans in the club’s 10,000-strong safe standing area to watch the North London club win 1-0 against Burnley on 15 May.

Sports Grounds Safety Authority Chief Executive, Martyn Henderson OBE said: “We welcome the controlled return of standing for the modern era, which has been made possible by a very close collaboration with the Government.

“This is an historic moment for football – and, most importantly, for the fans who have campaigned for this change and will be safer as a result of today’s decision.”

Chief Executive of the Football Supporters’ Association, Kevin Miles said: “Match-going supporters know the benefits of safe standing are enormous, with better atmospheres and more choice for fans, whether they prefer to sit or stand.

“The FSA has always made the case that football clubs should be able to talk to their fanbase and work together to find the ideal mix of seating and standing at every club. That’s now possible and it’s no surprise at all that more clubs are already looking to join last season’s early adopters and install their own safe standing areas.”

Senior Research Manager for CFE Research, Jo Welford said: “Over the last three years we have been able to gather evidence from a range of grounds, and have seen that the installation of barriers, alongside being able to run these areas as licensed standing sections, has a positive impact on the safety of fans who stand so it seems a logical conclusion to this work to see a policy change that allows this across football.

“Barriers along every row are effective at preventing fans falling forward, and so the primary benefit is a reduced risk of injury during goal celebrations. But there are other benefits too – fans in those areas have something to hold onto for stability, and it is harder for people to move around in sections. We surveyed fans in those areas and the vast majority reported feeling safe, they feel well protected by the barriers and being able to stand and watch football without being asked to sit down has improved the match day experience too.”

Cardiff City, Chelsea, Manchester City, Manchester United and Tottenham Hotspur took part in the early adopter programme during the second half of the 2021/2022 season. A 2-2 draw on 2 January between Chelsea and Liverpool at Stamford Bridge kicked off the test events.

Under licensed standing, fans are allowed to stand for matches in allocated spaces behind a barrier or a rail in areas of persistent standing. Each supporter has to occupy the same area they would take if they were sitting, with a traceable, numbered ticket.

Seats cannot be locked in the up or down position, so fans can can sit if they wish to, and the standing areas cannot affect the views of other fans. Other parts of the grounds remain all-seated and fans are expected to sit in these areas.

Standing areas are already commonplace in Germany’s Bundesliga and there are similar examples across the rest of Europe, the United States and Australia.

The necessary legislative amendments to the Football Spectators Act were tabled in Parliament on 4 July.

Safe standing at football stadiums to be rolled out next season Premier League and Championship clubs wishing to introduce licensed ‘safe standing’ areas at football stadiums will be able to do so from the start of the 2022/23 season.
Safety & Health Practitioner
SHP - Health and Safety News, Legislation, PPE, CPD and Resources