Colonel Tim Collins OBE will be taking to the stage on 21 June at Safety & Health Expo 2016. 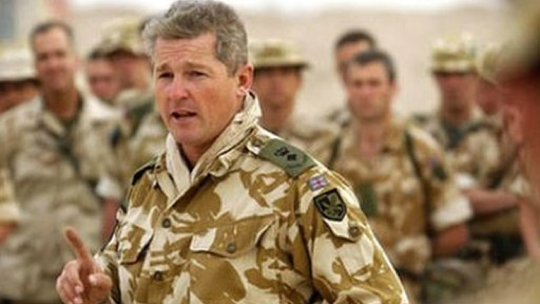 If it’s even half as inspirational as the former SAS man’s world-famous speech to troops on the eve of battle in 2003, visitors to the ExCeL exhibition centre in London won’t be disappointed.

Collins addressed the 1st Battalion of the Royal Irish Regiment as they prepared for the 2003 Iraq invasion.

It was so inspiring, that a copy was pinned to a wall in the White House.

In Ten Days to War, Kenneth Branagh recreated the moment that Collins made the rousing speech to his troops. Sarah Oliver, who was there as a reporter, said at the time: “He said to me, I’ll have to  say a few words to the men to explain to them why they should take their anthrax drugs and malaria pills, or they just won’t bother’. It just grew and grew into something magnificent – it made you realise the true meaning of the term ‘rallying cry’.

“It was just after a sandstorm and all the men were standing around him in a U-shape in the middle of a very dusty courtyard. A lot of the Irish Rangers are very young and he wanted to explain something of the history and culture of Iraq to them. They knew that the public at home had doubts about the rightness of the war, and he wanted to reassure them and tell them why they were there. He delivered the speech without a note and went on at length. By the end, everyone felt they were ready for whatever lay ahead.”

If you would like to see Colonel Tim Collins live at Safety & Health Expo 2016, register here. The full speaker lineup is below.