Around 120 construction workers attended a road safety training event in Inverness last week to help protect them from road accidents on their commute to work. 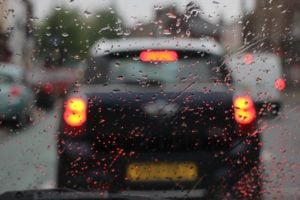 The “Safe Driving in the North” event was organised by the Highland Construction Training Group (HCTG) and funded by the Construction Industry Training Board (CITB).

It included talks and training from Police Scotland, Highland Council Road Safety and the Scottish Government’s Health and Safety Executive.

She courageously shared the story of her older brother, Andrew, who sadly died in a road traffic accident in 2012.

“I know that travelling these same roads every day in the North involves risk,” she told the event.

“Many people have no option other than to do this just to get to and from work – but some don’t realise just how dangerous a momentary lapse of concentration can be.”

For several years, serious road traffic incidents including fatalities have been reported on the A9, A82 and associated rural roads, due to a combination of speeding and environmental factors.

The main causes of collisions on Highland roads are excessive speed and drivers who are distracted or drink driving.

The construction workers who attended the event learned how to deal with potentially hazardous conditions on major roads like the A9, which runs from Inverness to Edinburgh.

“Over the last five years, the busiest roads in the North of Scotland have had a serious crash rate of at least one per week,” said the Chairman of the Highland Council Training Group (HCTG) and Operations Director of Robertson Group, Ian Phillips.

“That’s why this it’s so important to raise awareness and deliver training to keep our workers a safe as possible on the roads.

“I’m delighted that HCTG was able to secure funding and support from CITB to deliver the event to around 120 apprentices and workers,” added Mr Phillips.

“I’m extremely grateful to all our partners who gave up their time to deliver such a successful event. We are particularly indebted to Rachael for sharing such an important and moving story about her brother Andrew. She has inspired and encouraged everyone to think more carefully whenever they’re behind the wheel.”

Driver jailed after crashing sewage tanker while drink and drug-driving