Ian joined Informa (formerly UBM) in 2018 as the Editor of SHP. Ian studied journalism at university before spending seven years in online fantasy gaming. Prior to moving to Informa, Ian worked in business to business trade print media, in the automotive sector. He was Online Editor and then moved on to be the Editor of two publications aimed at independent automotive technicians and parts distributors.
November 28, 2019

‘Loose screws’ have been found on ‘at least 60 doorways’ in Greater Anglia’s refurbished class 321 carriages. 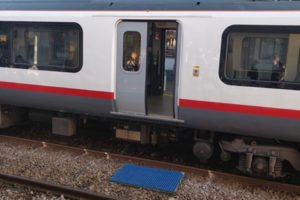 A Greater Anglia train travelled for 16 miles at about 80mph with a carriage door open, before the driver was notified, according to a report. In total, the door remained open for around 23 minutes.

The issue happened at Hockley station, in Essex, during morning rush hour on 22 August and has been put down to a ‘loose screw’ which fell out, causing the doors to open.

A Rail Accident Investigation Board (RAIB) report found that the screws fixing the door bracket to the closing mechanism had not been sufficiently tightened during a recent refurbishment. The missing screws meant that the driver was misinformed by an inaccurate signal to say that the doors were shut.

It said that Greater Anglia had since found a similar issue on ‘at least 60 doorways’ on its class 321 carriages. The firm has since confirmed, following talks with the manufacturer, that all screws have now been tightened to the correct torque.

It apologised to customers in a statement and said: “We take the safety of our trains and customers extremely seriously.

“We have cooperated fully with RAIB in their investigations as well as carrying out our own investigation. We have introduced new, more stringent safety procedures and are committed to carrying out additional checks on our trains’ doors from now on.”

In a similar incident in September, a Jubilee Line train was taken out of service and investigated after the doors failed to shut before it moved off the platform, near Finchley Road, north London.

Nigel Holness, Network Operations Director for London Underground, said at the time: “The safety of our customers and staff is our top priority.

“On Saturday at around 09:00 we were alerted to some of the doors on a Jubilee train remaining open for one stop between Finchley Road and West Hampstead. The train was immediately taken out of service at West Hampstead and a full investigation is underway to understand how this occurred.”

A passenger on the train, Rory Brown, took to Twitter to share that ‘at least 10 different doors along one side’ remained open after the train set off.

A TfL spokesperson said in response: “We were made aware of this and the train was taken out of service and currently under investigation”.

No passengers were injured or hurt during this incident, the statement added.

surely these trains should have sensors advising the driver the doors are open? were they ignored or bypassed?

Hi Martin, we asked Greater Anglia about this, but were just given the standard statement which is referenced above.

In a nutshell – sensors fitted to the door mounting bracket, not the door itself. Door closed indication given if bracket moves to closed position even if no door attached.
Interesting human factors aspect that no-one on board raised an alarm, but happily posted to social media.

Someone did pull the alarm eventually

This type of safety mechanism (a micro switch actuated by the door closing mechanism, rather than the door itself), was associated with a number DC10 air crashes in the seventies (there were other factors as well as the micro switch method). Many people were killed as a result. Time for change/over due for change in passenger vehicle door controls?