The weird and wonderful jobs of OSH: Film safety

Mark Rowan, Health and Safety Advisor on films such as War Horse and Fast & Furious 6, talks to SHP about the fascinating world of film safety, and offers his advice to anyone wanting to follow in his footsteps.

Tell us about your job 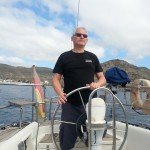 “Having worked on various productions including a few commercials and some TV, the majority of my work is on feature films such as Nanny McPhee II, War Horse, Fast & Furious 6, Into the Woods and The Huntsman. I am currently working on The Mummy.”

How did your past jobs lead you to where you are now?

“With a much varied career from carpenter/joiner, fireman to Systems Analyst Programmer – via my fire service connections I ‘tripped’ into the wonderful world of health and safety (H&S) in the feature film business some 7 years ago.”

What does a normal working day look like for you?

“There’s no such thing as a normal day, which can be up to 18hrs, with travelling, on occasion! Film sets vary from a basic room setup in a studio or house, to full size castles being built.

“My work can include getting involved at the early stages when a production company is setup, with all of the more common areas such as health and safety policies and risk assessments to cover anything from offices to construction workshops (carpenters, plasterers/mould makers, painters, rigging/scaffold, props department, art department etc.).

“Thereafter, following location technical recces/scouts, we discuss what’s going to happen and which departments would be involved; such as stunts or SFX (special effects). Naturally all departments have to provide specific risk assessments and where applicable, method statements which I invariably end up helping them with.

“I also work closely with the locations department for compliance, signage, transport and logistics (including remote and challenging locations) and, of course, fire cover whether it’s in a studio or at a location – which could be anywhere or even someone’s house/stately home.

“SFX can produce massive explosions, fire and smoke (atmos) so PPE must be available for all crew which, with cast/background members, could number 700+ people! War scenes may require 100 soldiers to wear ear plugs for the explosions and gun fire but they can’t be seen so these areas can be challenging at times.

“Stunts could be simply someone knocking into a passer-by or jumping/being catapulted from a 100ft structure or even being pulled off the back of a motorbike by a line whilst travelling at speed. So many H&S people would find the hazards and risks unacceptable by way of conventional standards, but film-making needs flexibility to be able to produce some of the great films we all go to see.

“Once construction of the sets is under way (studio or location based), they need monitoring to ensure compliance is maintained, where practicable of course. I focus heavily on working at height and getting out in the event of fire. As with other areas within the industry, these require a much greater degree of flexibility due to time constraints and the nature/construction of film sets.

“Finally, once filming or ‘principal photography’ commences, I’ll be a full time crew member. It can be very busy at times with Unit Bases (virtual temporary villages) being set up on Dartmoor or in the desert, and with only a very small window to ensure that the multitude of facilities, massive marquees etc and documentation are all in place for that day/week/month; before moving onto the next or back to the studios.”

“Perhaps the best part of the job is getting to see some amazing locations, but it can also be like watching the proverbial paint dry! Camaraderie is good and overall and it’s a fun environment but crews can get tired and stressed to due to the often demanding nature of their roles. Good and plentiful food is also a priority and it’s not unknown to put on a stone (6 kg) from beginning to end!”

What is the strangest thing you’ve had to do since you started working in film safety?

“There are too many weird and wonderful experiences to list but two that come to mind are when the ‘boys went over the top’ in War Horse – it was on such a grand scale with a 4 hour scene setup that it was like ‘being there’; quite emotional and thought provoking. The other was when I had to risk assess the pole dancers in London Boulevard, all in a day’s work!”

What advice would you offer to someone looking to begin a career in health and safety?

“There are some tough characters who are brilliant at what they do but don’t always see eye to eye with H&S, so you would need both a flexible approach and very broad shoulders, as it’s definitely not for the faint hearted. As previously mentioned, the days can be extremely long so it’s often work, eat, sleep and back to work 5 or 6 days a week once filming commences – so little to no home life for maybe 4-6 months.”