The Royal Society for the Prevention of Accidents (RoSPA) has confirmed that the campaign to make stairs safer has achieved a major breakthrough, as the Government commits to consultation on changing Building Regulations. 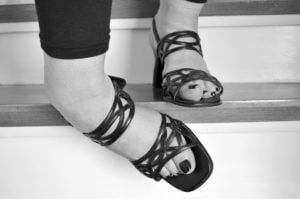 The Government is now proceeding with a consultation on updating the Building Regulations to include British Standard 5395-1 on stair design, pledging to complete the review ‘as expeditiously as possible, and certainly within the year’.

The change to the Building Regulations would significantly improve the safety of all new-build homes, with the updated stair design associated with a staggering 60% reduction in the risk of falls.

With early support in the House of Commons from Paul Maynard MP, (Blackpool North and Cleveleys), RoSPA’s nine-month journey has involved considerable engagement with Government ministers and officials. RoSPA has now secured Government backing to have the existing British Standard 5395-1 enshrined into Building Regulations, provided the results of the industry consultation are positive.

RoSPA, which identified stair safety as a significant threat to the UK population, has called falls on the stairs ‘a hidden killer’ which claims the lives of over 700 people in England every year, and hospitalises 43,000 more. 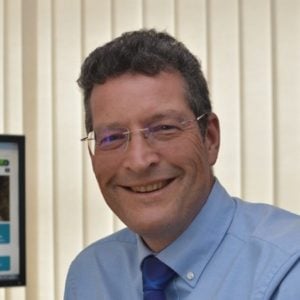 Errol Taylor, RoSPA’s Chief Executive Officer, said: “We have been persistent and focused in the pursuit of our aim to have every new home built with stairs meeting the British Standard. And we have pursued all avenues to make this a reality. It is a credit to our resolve, and the resolve of our supporters, that so many politicians and peers have backed us by making impassioned speeches in both houses.

“However, even though we have reached this momentous position, we are not being complacent. Our work will continue until the consultation is complete, and the standard is a legal requirement fully reflected in the Building Regulations. And in this regard, I would like to commend our partners who have stood with us and provided their backing all the way. This is as much an achievement for these enlightened house builders as it is for RoSPA – ultimately it is our incredibly important coalitions with the industry that have placed us in this position. Together these actions will save many, many lives and unnecessary injuries for thousands of people.”

Speaking on behalf of RoSPA’s Presidential team, Baroness Jolly, RoSPA President, said: “We are delighted that the Government has now committed to a consultation on adopting British Standard 5395-1 into the Building Regulations. It has been a long campaign and we are incredibly grateful to all those people, businesses and organisations who have been involved. This excellent news follows many months of discussions with Ministers and Government and it is wonderful to see the efforts from all quarters coming to fruition.

“This is a real achievement for everyone involved – we hope this will save lives and make the homes of the future safer places to live. Thank you to all our supporters. Our work at RoSPA will continue on this life-saving initiative.”

RoSPA, with its partners from the building industry, has argued that changes to incorporate the British Standard into building regulations are simple to deliver and cost-effective if baked-in at the design stage of new homes. The law will only apply to new-build properties and therefore would not require costly retrofitting in existing houses. Consulting widely, RoSPA has engaged with trade associations and housing groups throughout, including the Home Builders Federation (HBF), Local Government Authority (LGA), National Fire Chiefs Council (NFCC) and the National Home Builders Council (NHBC).

Karl Whiteman, Divisional Managing Director, Berkeley Group said: “We are proud as home builders to have backed this move. This will not mean any stairs have to be retrofitted into existing homes, just incorporated in the design of new builds. As such there is no meaningful cost difference to developers, as it’s all about the design.”

Helen Moore, Group Director, Orbit Homes added: “Surely it is our moral imperative to ensure the houses we design and build are safe for the people who call them home.”

Dr Julian Redhead, Medical Director, Imperial NHS Trust, said: “Falls are a really important part of the work that ends up coming to our accident and emergency department. Anything that we can do to prevent them, such as the work RoSPA is doing looking at staircase safety is really, really vital.”

Great consideration, so many people are injured due to trip and falls.
But feel developers still work their way around these. Moved into a new DWH build last year and the NHBC regs they are following for house completed in 2021 are of 2010 even though 2 to 3 new updated regs issued on imp concerns. They say they implement regs from the time foundations are laid and not when they actually start build/completion. That just beats the system and is loop to any new regs being actually taken on board at advised time. Interestingly NHBC also approves their homes.