HSE ‘misled’ after child is fatally crushed by gravestone

A former council official has been accused of misleading the health and safety executive (HSE) after a child died at a cemetery in Glasgow, the BBC has reported.

Ciaran Williamson, eight, was playing with friends in Craigton Cemetery when a headstone fell on him on 26 May 2015. He was taken to Yorkhill Hospital where doctors pronounced him dead. Two other boys were taken to hospital. 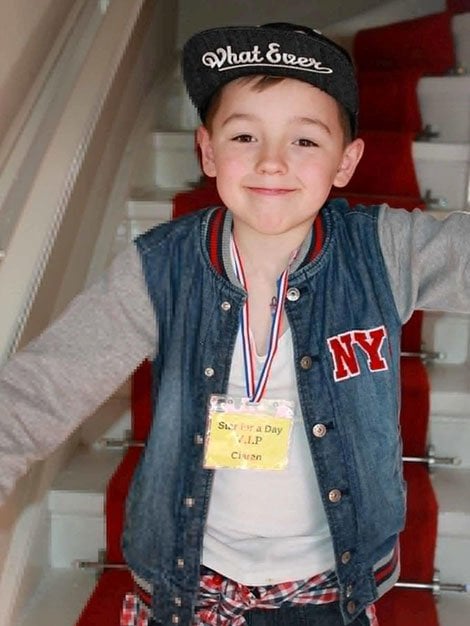 It was heard at the inquiry that Alastair Brown, who was head of environment and sustainability at Glasgow City Council from 2008 until September 2016, wrote to the health and safety executive following the tragedy.

In his letter, he said the council had established a “formal process of inspection” before 2015.

A QC for Ciaran’s mother stated that no evidence existed for this claim and accused him of misleading inspectors.

The letter also said: “Whilst there does not seem to be any formal inspections undertaken from 2011 there are reports of a number of inspections on an ad hoc basis.”

Paperwork sent to the HSE included 11 reports of checks at cemeteries in Glasgow, between 2006 and 2011.

Six cemeteries had only one report while two others had multiple checks over those years.

An example of one record from Sandymount cemetery, dated back to 2006 and recorded three memorials being checked.

She said: “There’s no record for Craigton here.”

The witness replied: “There’s no record for Craigton.

Ms Bain put to him: “The records – clearly meaningless, aren’t they?”

Mr Brown said he “wasn’t familiar with guidance” but said he would have thought they would have asked for “more explicit records”.

The headstone which killed Ciaran is thought to have been around 100 years old. The inquiry heard previously that the granite memorial was weathered and water damaged, and “did not have a great deal of mortar attached to it” when it was inspected following the tragedy.

It was also leaning, with a tree growing nearby, during the time of the incident.

One of the boys who was with Ciaran at the time of incident told police some of the boys wanted to use gravestones to get on to a wall.

He said a group of youngsters climbed up and Ciaran was “waiting at the tombstone to get up on to it”.

The child claimed one of the boys pushed off from the gravestone as he tried to get from the tree to the wall.

The boy said: “As he pushed off the tombstone, it fell. I leapt out the road but it caught me on my heel.”

Since the incident dozens of council staff have been given training on how to test graveyard memorials for safety. The inquiry heard that around 35 staff were trained on how to check headstones following the schoolboy’s death.

Discover how you can advertise with us
HSE ‘misled’ after child is fatally crushed by gravestone A former council official has been accused of misleading the health and safety executive (HSE) after a child died at
Lauren Applebey
SHP - Health and Safety News, Legislation, PPE, CPD and Resources

Aaah, is this one of those “POST-TRUTH” moments recently added to Oxford English Dictionary ?

Of course the question also remains whether he was covering his backside or whether he felt he had little or no choice in the matter if he was to either remain employed or collect his full pension on retirement ??

Possibly a case of being ‘economical’ with the truth? Maybe the Council manager felt obliged to paint a good picture to the HSE. I very much doubt he would have been personally held to account. In my experience LA staff are immune to personal responsibility and accountability partly due to the ‘corporate veil’ and also the fact they are a regulator in their own right; hence they are very unlikely to get prosecuted.

I would like to add the expecting others involved to uphold their responsibility be it security or general staff ensuring people are not climbing on gravestones and doing unsafe acts, also accountability of ensuring as parents our children are playing in safe places. I have child also who loves to climb. I have discussed safety and risks over the years, to help encourage safe choices when I am not around. Keep a watchful eye while he/she is out playing. IMO I believe 8 is a very young child to be out by their selves in a place with numerous risks.… Read more »