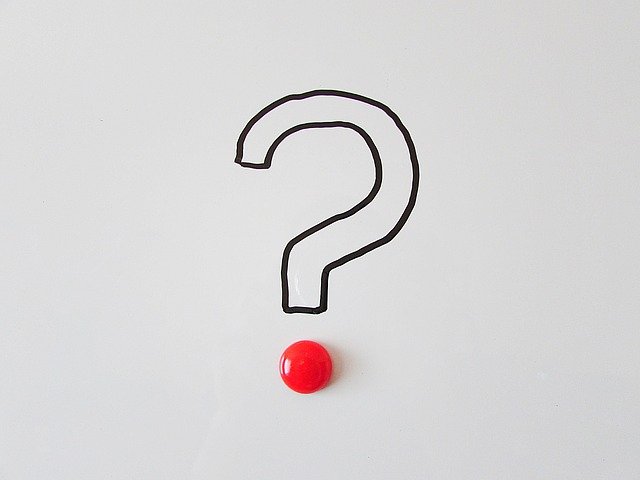 As part of the Barbour series of webinars, two industry experts examined the changes to the sentencing guidelines, which see the most dramatic change in health and safety enforcement since 1974.

Presented by Simon Joyston-Bechal, Director of Turnstone Law, and Kizzy Augustin, Senior Associate at Pinsent Masons, the webinar examined the considerably stricter approach to sentencing for health and safety criminal offences which will apply from 1 February 2016.

The discussion looked at the drivers for change, the system for calculating fines and prison sentences, surprising consequences and practical tips to reduce exposure to prosecution.

During the webinar there were many questions from the audience. Simon and Kizzy have kindly answered some of these.

At what stage of the process do FFI charges stop and costs start accumulating if the case goes to court?

Kizzy: FFI charges includes all work required to investigate the ‘material breach’ and all work to remedy that breach, and any further investigative work or enforcement action – up to the point that the HSE’s intervention in relation to the material breach has concluded or a prosecution has commenced. The HSE should not charge for the same work twice, so it is worth interrogating the detail in the invoice to ensure this does not happen.

Can you please clarify the correct term of senior manager that the new guidelines apply? How do you determine against a junior manager?

Kizzy: The reference to the term “senior manager” relates to section 37 of the Health and Safety at Work etc Act 1974 (“HSWA”). Section 37 suggests that if a relevant health and safety offence is proved to have been committed with the consent or connivance of or has been attributable to any neglect on the part of a person who is a “director, manager, secretary or other similar officer, or a person purporting to act in any such capacity”, then that person as well as the company may be guilty of an offence.

The consequences for “senior managers” and directors of falling foul of section 37 can be severe: punishable by up to two years imprisonment and an unlimited fine.  Also, even if you are not considered to be a senior manager by reference to your senior status and/managerial capacity, all employees remain subject to the general duties placed on employees at work by section 7 HSWA. Proceedings under section 7 might therefore be appropriate when the offence involved some act or omission not in the exercise of managerial or other functions coming within section 37.

How do the turnover categories apply to public sector organisations?

Kizzy: One of the criteria to be taken into account under the new 2016 guidelines includes proportionality of the fine and “any other factors that might warrant an adjustment of the fine”. Where the fine will fall on those in the public sector or charitable bodies, the fine should normally be reduced as long as the organisation can demonstrate that the proposed fine would have a significant impact on the provision of its services.

Kizzy: The sentencing guidelines do not apply in Scotland, and it is not yet clear how courts in Scotland will react to these tough new sentencing guidelines. My expectation is that the guidelines will be brought to the attention of judges in Scotland – but we don’t know how much weight the Scottish courts will place on it. Having spoken to my colleagues in Scotland, it appears that the Scottish courts already refer to other English guidelines when they are dealing with UK-wide offences, for example offences involving drugs. We will just have to wait and see if those prosecuting in Scotland start to encourage the courts to sentence in the spirit of the U.K. guidelines, even if they don’t strictly apply.

Are these sentencing guidelines applicable to fire safety offences under The Regulatory Reform (Fire Safety) Order 2005?

Kizzy: Although the guidelines do not strictly apply to offences under the Regulatory Reform (Fire Safety) Order 2005, I think it is only a matter of time before it will. Offences under fire safety legislation is all about the risk of “serious injury or death”, and this is the sort of wording that fits very nicely within the culpability and likelihood of harm categories described in the guidelines. Prosecutors are likely to encourage the courts to sentencing in the spirit of the guidelines, due to the nature of these safety offences and the risk of serious injury or death.

Do you think that these changes present a significantly increased risk of health and safety professionals being personally prosecuted?

I’m a recently appointed Governor at a primary school and would be interested to hear how the new guidelines will affect me and those responsible for day-to-day operation of the school.

Simon: As a school governor, you can be prosecuted as an individual for health & safety breaches.   The key thing is to understand the division of roles and responsibilities between governors, chair of governors, head and bursar/administrator. Your role is akin to a non-executive director and you need to keep the executive team in check for health & safety but shouldn’t be doing their job for them. I am giving a lecture to school governors today – this is a big subject. New sentencing guidelines are most relevant to you in view of the reduced threshold for imprisonment but don’t let that put you off!

Do you think the magistrates are ready to cope with increasing the fines?

Simon: The Magistrates are no longer constrained by the £20,000 limit for each offence, at least for offences committed after 12 March 2015. There is a protocol for health & safety cases in many situations to go to a District Judge in the Magistrates Court, who may be better able to interpret the sentencing guidelines than non-lawyer Magistrates. However, concerns about ability to interpret the new guidelines will probably lead to a preference to be sentenced in the Crown Court, reversing the previous approach taken by defendants.

How will the Sentencing changes affect UK based Global companies with HQ’s in US/Overseas?

Simon: UK health & safety law enforcement under HSWA bites on breaches that take place in the UK. I believe the outcome/risk/accident can be overseas and still found a UK prosecution but I am not aware this has happened, perhaps because of the technical difficulty and expense for the HSE to collate evidence of an incident abroad. If flawed management policies and decisions emanate from the UK and cause an accident abroad (e.g. a UK decision about safety procedures in an overseas mine), then there is a theoretical risk of prosecution in the UK. Sentencing changes would then be relevant and would apply to the turnover of the UK corporate entity in breach.

Employee safety is paramount, but with mega fines is this a way is the government attempting to make money from employers?

Simon: I doubt the government encouraged these changes to raise revenue. Indeed, I suspect they remain unaware of the true extent of the changes and would have opposed them had they realised the impact on business.

How will occupational health risk which can have a long latency period be assessed?

Simon: The assessment of likelihood of harm on the low/medium/high scale will remain the test. There will usually be many people exposed, moving the case up a notch, even if there is not an actual person harmed at the time of sentencing. Repeated/long standing nature of the offence may also push it up the scale.

Is the turnover related to group level or local (UK) subsidiary level?

Simon: What counts is the turnover of the entity that it is in breach and gets prosecuted. Then, if there is an exceptional reason why this distorts the picture, another company’s tunrover may be taken into account. If there is a reasonably substantial UK operating subsidiary, it would be unlikely for the foreign parent company to be prosecuted or for its turnover to be taken into account. However, if the UK company is merely distributing the parent company’s imported work equipment and that turns out to be unsafe, this is a scenario where the parent company turnover might be brought into play. This is an interesting topic for more detailed discussion!

Will it disproportionally affect small business even more?

Simon: Yes. I was recently told by the lawyer working for the Sentencing Council that the figures in the tables still bite harder on smaller companies than larger ones in terms of size of fine as a proportion of turnover, albeit less than the trend before the guidelines came in, when they perceive larger companies to have escaped too lightly.

The webinar is available to watch on line here.