Safety and Health Practitioner (SHP) is first for independent health and safety news.
May 10, 2018

With the 18th Edition of the IET Wiring Regulations due to come into force on 1 July, new research has revealed that businesses operating in the commercial and industrial sectors remain incredibly positive about the reform and the impact it may bring. 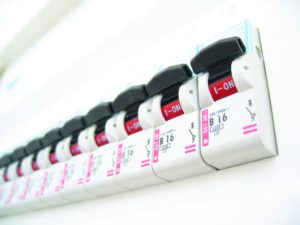 According to a poll conducted amongst Bureau Veritas UK customers, the large majority (93%) of those working in the industry welcome the legislative change. Of the key reasons cited, half  (50%) feel it will help to raise standards, almost a quarter (23%) claim a duty to embrace new safety regulation and a fifth (20%) say safety is their number one priority.

Notably, all respondents asserted that the highly debated addition of Part 8, constituting the first time the regulations have introduced any guidance in relation to energy efficiency, is a positive step forward. Of these, over half (53%) said it will support best practice in energy-efficient installation and (30%) feel the new standard is key to progressing the green agenda.

Interestingly, however, almost two thirds (63%) admitted that they are still not fully prepared for the changes the 18th edition may bring, despite full competency coming into effect in less than a year. This clearly isn’t helped by an apparent lack of available support, with nearly four in ten (38%) stating they don’t feel it has been clearly communicated to the industry and a further 15% either doing their own research or relying on their compliance partner.

Adding to the positive sentiment, almost two thirds (68%) said they think that the UK Wiring Regulations should still be aligned with the requirements of the European Standards (CENELEC), regardless of the outcome of Brexit. Two in five (40%) said it’s important to achieving full globalisation and 28% said it will result in more holistic, safer standards.

Mahendra Mistry, Technical Manager for Electrical Systems at Bureau Veritas, said: “It’s fantastic to see such an incredibly positive response to the upcoming 18th edition. Of course, as with any new regulation, it may take time to adjust to the changes and a bedding in period – but it’s an investment worth making, and one which will help to propel electrical standards into a new era where the protection of people becomes the paramount priority. 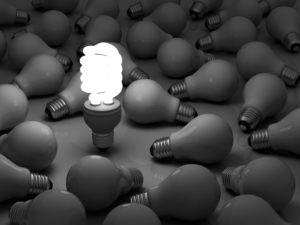 “It’s also reassuring to see that, irrespective of the outcome of our ongoing Brexit negotiations, there is still a huge calling for UK and European standards to be harmonised. Looking to the future, as technologies evolve, standardisation will enable greater transparency, consistency and, in turn, less scope for error.

Commenting on the apparent lack of available support around the 18th edition, Mahendra added: “It’s surprising to see that there appears to be a lack of available guidance and support on the market around the changes, and our hope will be that leading electrical authorities will continue to provide more insight as the publication date looms closer.

“In the meantime, if in doubt we’d urge businesses to call on a leading compliance expert, such as Bureau Veritas, who will be able to guide them through the reforms, ensure according changes are made and put them in good stead well ahead of the January 2019 implementation date.”

Listen to the 'Wellbeing by numbers' webinar on-demand
New research reveals overwhelmingly positive industry response to the impending 18th edition With the 18th Edition of the IET Wiring Regulations due to come into force on 1 July, new research has revealed that businesses operating in the commercial and industrial sectors remain incredibly positive about the reform.
Safety & Health Practitioner
SHP - Health and Safety News, Legislation, PPE, CPD and Resources